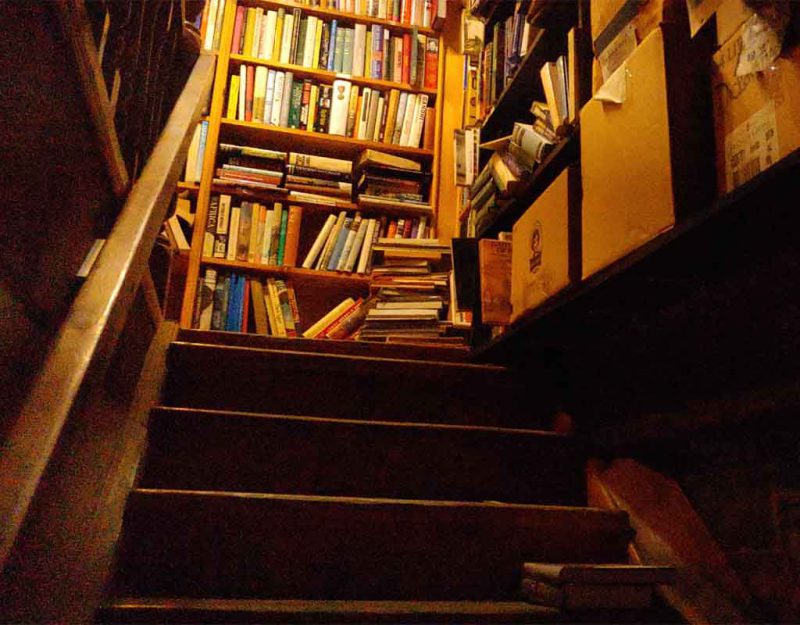 We use the term fiction for any writing which is not “true,” or roughly corresponding to the world outside our human minds. Ironically, however, the metaphor of fiction often makes it easier to see what is true.

Literature exists as a sub-genre of fiction, basically fiction in which someone learns something that improves their quality of self. This can be moral, intellectual, social, emotional, or aesthetic, but the person must change or adapt to what their external experience teaches.

For example, consider a boy who lives on an average city block. His world consists mostly of a rectangle of houses, stores, and parks, and he lives on the southern border of this block. He needs to get to the girl he likes on the northern part.

Now we see a quandary, and it has moral and intellectual implications. Does he risk getting pounded flat by Muggsy, or have his grandmother know that he is blowing her off when she sees him walk past?

In straight fiction, like science fiction, you can often have a technical solution. That is, the boy builds himself an ornithopter and cruises above the block, or he hitches a ride on a passing Ford Spirit.

Literature however demands that he make a choice and take the measure of himself as a result. Is he brave enough to face down the bully? Or does he go full Odysseus and drug Muggsy with rohypnol in his wine, sneaking past?

Either way, to be a whole human being, our protagonist has to pursue the ideal of goodness in life, which in this case is a young lady. He cannot disappoint Grandma, so he will have to face down that bully.

The rest of the story depends on the cleverness of the writer and what type of learning he or she wants to convey. For example, some writers might have the boy lie in wait for Muggsy with a lead-corked bat. But will he use it after all?

Literature serves as an inversion of control. Control — centralized authority for its own sake — operates by limiting what methods you can use as a means to limit your thinking, so that you are domesticated by Control.

For example, pacifism is a basic form of control. When you ban conflict, compromise results, which means that everyone gets away with whatever they want simply by being unreasonable, forcing others to back down.

That in turn programs everyone with a learned helplessness of submission, in which they just hand over whatever they have to the unreasonable. Sociopaths delight at this “peaceful” and “tolerant” society!

Instead of limiting methods to influence thinking, literature says that your thinking influences your methods and that your goal matters more than anything else. You fit the methods in ad hoc to get to the girl.

By walking us through this process, literature rejects the idea of control. You cannot limit methods; you choose whatever methods achieve your goal. If the boy has to knock down Muggsy with a bat to get to the girl, that’s better than failing.

In this way, literature resembles life. Animals face challenges and “adapt” through a series of hacks or ad hoc, unprincipled use of methods at hand. In turn, they learn about themselves, and gain control of their own minds.

Most of what fills the “literature” shelf these days is merely fiction. Navel-gazing novels never involve characters adapting and overcoming, leading to them knowing themselves.

Instead, the navel-gazing novel advances the pernicious mental spam of a Mister Rogers Neighborhood: “you’re fine just the way you are.” Characters become neurotic, rationalize, and then accept their new disaster of a life.

This serves the purposes of control. It wants you to accept whatever conditions of reality exist, rationalize them, and accept them, without having ever changed or becoming aware that the world can change.

Most of humanity consists of argument for the current moment as eternal, since people fear the change that makes them adapt, and literature counteracts this by tracing events over time and showing the growth of human souls.