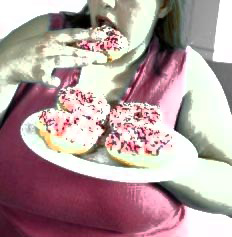 Here comes another major split between a responsible, productive demographic against an irresponsible collective seeking to distribute the impact of their own inconsideration and misfortunes. This is also another method of forcing equality by taking from the positives and redistributing to the negatives until the mutual dormancy of an orchestrated zero potential for everyone involved is achieved.

That millions of people already rely on all available cash in their paycheck to obtain daily basic necessities, or even to enjoy life a bit is only half the picture. The other half lies within our values. The Live For Today folks are okay with a deteriorated future because they are oblivious to it even as it hatches in their midst. They won’t be around to experience the full effects anyway. Someone else will.

“Iâ€™m not that worried about the issue of costs. Yes, the Congressional Budget Officeâ€™s preliminary cost estimates for Senate plans were higher than expected, and caused considerable consternation last week. But the fundamental fact is that we can afford universal health insurance â€” even those high estimates were less than the $1.8 trillion cost of the Bush tax cuts. Furthermore, Democratic leaders know that they have to pass a health care bill for the sake of their own survival. One way or another, the numbers will be brought in line.”

On the other hand, Homo sapiens sapiens, evolved planning ahead by understanding cause and forecasting the network of effects each cause begets. Evolution incorporated this survival advantage into the parts of his dna that create the structure of his brain. That, combined with his altruism and innovative drive are among the many parts of a composite value system that program his conduct during life.

No less than his appearance, his inner being sets him apart from the other subspecies in his midst. Okay, let’s play the obtuse politically correct game where terms can mean many things or no one thing at all and instead say, “the diverse hominids in his midst.” Feel better? Bonus disclaimer: all races have their natural elites.

Okay, that wasn’t quite as PC. Let’s address the main topic instead:

“Voters opposed to Democratic healthcare reform bills heckled Doggett during his speech and as he took questions. An estimated group of about 150 crowded the congressman afterward, chanting “just say no.”

“This was a constitutional redress of grievances, albeit a little loud,” said Bryan Preston, spokesman for the Texas Republican Party.”

The protest is both individual and economic: it is unfair for me to pay mandatory charity. Yet, beyond this cacophonic veil lurks restrained group antipathy: we need BETTER people instead of MORE people. This a syntactical equation for quality altruism, minus vampiric pity, minus avarice capitalizing on quantity.

Let’s be clear. If you are not a business owner or an individual making $280,000 a year, those who are initially expected to finance this health care reform, you probably don’t have private lobbying representation in Washington. The cost is headed your way, middle class America, in due time.

In return for your investment, you’ll sustain this lethargic cross section of voters in their millions: 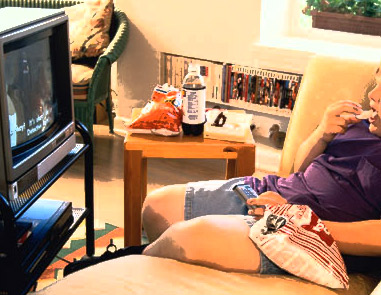 Social determinism is the new alchemy | George Sodini: What the media doesn’t want you to read