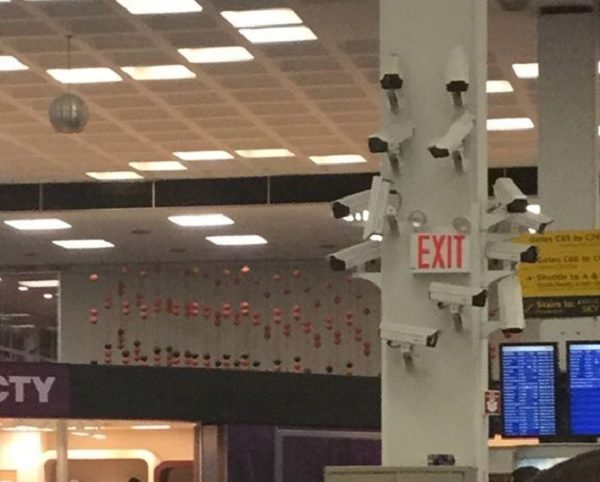 When your society gets to the point of collapse, it means that the assumptions on which it was built were lies. Almost all of your fellow citizens will be looking for a scapegoat — the Rich,™ Russia, corporations, the Jews,™ and maybe the Illuminati — but what you need to look for is structural failures. Bad design. Unrealistic ideas.

Western Civilization has since The Renaissance™ been built on the idea of the individual as interpreter of fate, since The Enlightenment™ on the ideal of equality, and since the post-war period, on the notion of diversity and the abolition of social caste. These are all lies. Something is a lie if it purports to describe reality but does so inaccurately enough that it misleads those who rely on it.

Knowing that these are lies presents a problem because they sound good in a social context. Suzy homemaker will make her book club feel good by telling them that they are all included no matter how bad they are at understanding books (equality), that they can read whatever they want or however much they want (liberty), and that they represent a unified group with the same interests regardless of background (fraternity). Dave the middle manager uses the same techniques. So does the local pastor, the mayor, the soccer coach and the neighborhood gang leader.

But a lie is like an infection. It starts in a specific area, and then spreads as the initial lie forces other lies to be told. Then, it changes the meaning of common terms so they do not conflict with the lie. Finally, it takes over purpose entirely, since in order to avoid collapse, all things must support and reinforce the lie. It has dominated like a fatal disease.

When reading the following, you may recall that this blog embraces unpopular and difficult truths instead of temporary lies. This does not mean we have to like these truths, or that we have to take them to a bad place. It is entirely possible to recognize differences between sexes, races, ethnic groups, and castes without succumbing to a ¡KILL THEM! mentality, or giving in to simian cruelty.

Liberty is an anti-goal, and those only arise when there is no cultural consensus about what is positive activity. Instead, out of fear of other special interest groups, people demand no oversight of their action, otherwise known as “liberty” or “freedom.” They believe this will keep them safe. They are wrong.

We do not need freedom. We need an ability to do the things which are healthy and necessary for life, and to express analytical opinions about social and political issues without censorship. This has nothing to do with permitting pornography, degenerate art, graffiti and other forms of “self-expression” which are common in the West today. Free speech means protecting political speech. Everything else — what else do we actually need to do?

All of us need the ability to conduct normal life roles without interference. But freedom goes beyond that to demand that everything which is not explicitly criminalized be accepted. This makes no sense, since we know roughly what should be done, and allowing massive deviation just creates entropy by encouraging people to take as many divergent paths as possible. Freedom is a false target, a proxy for non-interference by incompetent busybodies.

In a healthy civilization, people do not seek freedom because they know that they will always be doing something not merely inoffensive but positive, including their own leisure time. They recognize that many evils take decades to understand as evil, and so they are banned to avoid requiring people to waste many years of their lives discovering they are addicted to yet another false promise. Healthy, happy people do not want legal drugs, promiscuity and misbehavior; they want a standard of behavior that guides them toward successes in personal, social and professional life.

When we demand freedom, we legitimize deviant and purposeless behavior, which produces zombie people without a clue as to what they should actually be doing, which in turn encourages them to engage in extreme pleasure-seeking as a means of rediscovering simpler pleasures whose wisdom is long lost to them. This creates a self-consuming social order.

When people say “equality,” it sounds good because it implies that everyone is included without bias against their choices. In reality, what equality means is that society will be based upon appearance because nothing else can be considered. “Equality” means that all are included equally, which replaces any sort of purpose, which means that social determinations replace realistic ones.

As a result, the equal group has no direction and becomes becalmed unless it finds violators. For this reason, equal groups are the most judgmental, but they tend to be attentive to things like appearance instead of actually important areas like character and ability. As a result, a witchy little crowd is created which sits in judgment on others and tends to nit-pick over small issues.

Equality means that all are accepted, except those who deviate from the crowd opinion and whatever is in vogue at the time. This creates a need to be constantly connected to what the herd is doing, and to pay attention to its whims, on pain of exile. Equality means that because all are equal, no one is sufficient, except those who flatter others and their pretense by taking the herd very seriously.

Equality is Casey Anthony. Equality is every crazy person you have ever known. Equality is hoarders, fetishists, prostitutes and drug addicts. By themselves, they do no harm, but to society, they do great harm by lowering standards. A sane society would exile them. But under equality, it cannot.

Social control prevails with equality. Since everyone starts on an equal footing, the only way to stand out is to distinguish oneself with outlandish behavior. This means playing to the crowd, like an entertainer or someone trying to impress the group at his local pub. Reality fades far away as monkey behavior dominates.

On paper, equality looks good: we eliminate conflicts by accepting everyone. In reality, equality means an incentive to behave like an idiot in order to draw attention to oneself so that one can rise above “equal,” which means nothing now that everyone has it.

Fraternity (“brotherhood”) means acceptance of all people despite their differences in ability, caste, class and honor. It means that society has abandoned the thought of having a goal, and instead has pointed us toward the anti-goal of “we all must get along.”

If getting along is the primary goal, all other goals are secondary, including reality. This is “we agree to disagree” enshrined as policy, and by doing so, excluding all hope of finding answers. This is the refuge of a society that is dying. It is not progress, it is regression to the state of being unable to make decisions. When keeping the herd together becomes more important than finding answers, those answers become means to the end of forcing the group to keep unified.

It sounds really good to say “we are all brothers,” but what it means in actuality is that none can be criticized or exiled from the group for their acts or opinions. What that means in turn is that all acts and opinions are accepted, even if they are totally delusional. When the goal is brotherhood, everything must be accepted, and so truth becomes unrelated to the question.

In addition, brotherhood is an imposed order. We may not all be brothers… we can work together toward a goal, however. But putting brotherhood first means that that goal is not what unifies us. In effect, it becomes an affectation or an accessory, and is forgotten in the shadow of the goal of unity among the disunified.

What you have been taught are lies. These falsehoods are substitutes for what you actually need to know, which is that civilizations die when they follow illusions. The cause of this deception is the herd: people, when voting in groups, reward illusions that are socially rewarding. They displace realistic thinking with these fantasies because in the short-term, they achieve greater reward with pretense than with realism.

It is tempting to blame other sources. But at the end of the day, the voters chose this. The shareholders demand value from corporations, and those businesses do what they must to increase profits as a result. The rich make money by selling what the rest of us buy. There is no one else to blame; the problem is us, or at least our behavior as a mass culture.

Our mysteriously slanted media exists because someone is buying all these magazines, website clicks, newspapers and television shows. Our cities ruined by vandalism are not the product of government, but of civilians acting on their own free choice. Even government itself has been endorsed by citizens demanding “answers” and “solutions” to problems, seemingly content to swell the beast among them.

The problem is us. The Christian idea of original sin says that people are basically venal little monkeys until improved by self-discipline and focus on reality, including its transcendent aspect in God. Even more, it says that we are born to different roles. Some can only follow; others can lead; some will do only evil, and some mostly good. This is inescapable reality and all of our humanistic rhetoric remains unconvincing.

Illusions like “LibertÃ©, Ã‰galitÃ©, FraternitÃ©” exist to distract from this hardline reality. They are there to make us feel better, to distract from the actual task and hand, and like all salesjobs, serve to transfer wealth and power to those who promise us lies in exchange for warm fuzzy pretentious feelings about ourselves. They are the enemy within: an intangible evil that cannot be fought directly, but must be purged from within our souls.

Until we stop accepting the System on its face value, and fighting over which of its external mechanisms like liberty-equality-fraternity that we want to be our chosen scapegoat, it will always defeat us, because we have not confronted the problem. Humans make bad decisions; humans in groups make worse decisions; only some individual humans have the ability and discipline to make sort of right decisions most of the time.

We are a species of bumblers. We stumble around and only sometimes wander into a field of reality. This is not bad; it is just what it is. The point is that know this is true, and so can plan for it. Sane societies — especially Golden Age societies — focus within, and encourage emergent order through orienting all people in the same direction. This begins with the most fundamental task of orienting individuals toward good wherever possible.

All of modernity is based on the idea that we do not need inner orientation or inner qualities. Instead, as equal mechanical parts, we can be stamped with the dogma of the age and made into good people. But dogma does not translate into goodness; instead, it replaces it with proxies. This leaves us fighting over different systems to try to force it to do so, without those ever functioning.

The nature of these societies is to trap people in an illusion that they will refuse to recognize as illusion because they depend on its concealment of reality for their own mental self-esteem. The illusion is that we are good, and can be controlled by benevolent forces to produce even more good. In reality, we are not good, with few exceptions, and the forces of control unleash an existential hell in which none thrive but almost all deny it.

Memories Of A More Innocent Time | Oh Grow Up, America