Liberalism offers you half of a civilization 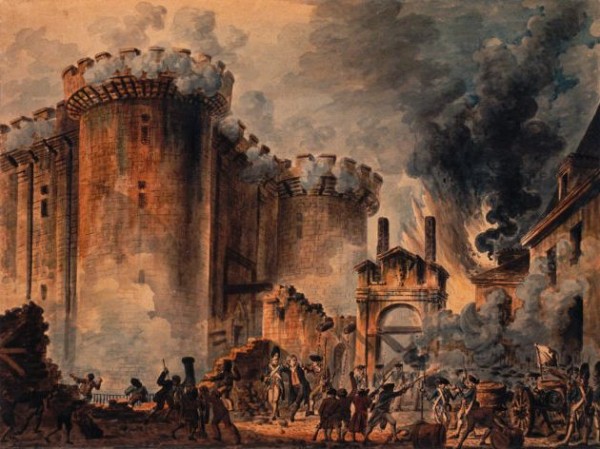 Joseph de Maistre famously said that “wherever an altar is found, there civilization exists.” While I acknowledge the importance of religion, and more importantly of sacralization, I think basic civilization-building is a far simpler process.

In the most essential terms, civilization is an agreement. It’s a decision to leave behind the near total autonomy of independent hunter-gatherer bands in exchange for certain options offered by stability. My feeling is that what really drove it was the urge by parents to have suitable breeding partners for their children.

To keep such a venture together, there must be a very basic understanding that all can rely on. It is most fundamentally an agreement to collaborate, and it works because it is based on the most essential of promises: good to the good, and bad to the bad.

Both halves of this are essential. If you do well by the civilization, you must be rewarded; if you harm it, you must be excluded from the benefits to those who did not transgress. Although it mentions two categories, this simple promise also creates a third, which is “…and nothing to those who do neither good nor bad, but simply participate.”

This of course creates tension and nobody likes tension (well, until they get bored). As a result, a market is formed for those who offer a path into civilization that has less tension. This path is achieved by cutting out parts of the equation that require people to be constructive. Instead of “good to the good, and bad to the bad,” the new paradigm is “bad to the bad” which implies reward on an equal level for those who do good and those who simply participate.

This makes simple participation more important than doing good. It also makes it more efficient; it is pointless to spend extra energy for no reward when you can simply avoid a few taboos, thus not be “bad,” and get the same reward as if you had done well. However, there is also social pretense to consider. You want to look as if you are doing good things. This encourages the creation of institutions through which individuals can make a small monetary contribution or otherwise demonstrate support, and be assumed to be doing good. It also encourages the creation of jobs and roles well where one can succeed without doing anything good, productive or helpful.

Jonathan Haidt has posited a more complex version of this schism based on six categories. In the illustration below, liberal concerns are indicated in yellow, conservative in blue, and shared concerns in green:

Haidt has made a great start, but perhaps has overstated the scope of the categories he has selected, in part because he is not looking at them from the perspective of those who elect them. In particular, the three liberal categories:

These are not as universal as he thinks. For liberals, these are interpreted through the individual as fear of negative events. In other words, I don’t want to be harmed, the victim of unfairness, or oppressed. But these categories say nothing about the corresponding contribution by the individual. They’re entirely defensive, for liberals. Conservatives, who see these categories in the context of the other three, tend to approach them more as universal principles. To a liberal, “fairness” means “I get what anyone else gets.” To a conservative, “fairness” means “good to the good, bad to the bad.”

This difference can be wholly explained by the focus differences between liberals and conservatives. Liberals focus on the individual; conservatives focus on the whole, the process and the civilization. Thus a liberal is inherently utilitarian in that what matters most to them is that people consider their own situation good; a conservative, who looks more at the whole, finds it most important to see what the results as affect everyone and the future of the civilization will be.

Christopher Lasch, a former liberal, distanced himself from the movement when he saw how it was creating a wave of narcissism, or self-worship, spreading across the United States. As he hints, this is a natural outpouring of the focus on the individual. With “good to the good, bad to the bad” the individual is incentivized to do good; with “bad to the bad” only, the individual out of the box considers himself perfect and to be a good person, only for not having done bad. There is zero positive contribution requirement.

As a result, narcissism — or more properly “solipsism,” which is an inverse of the normal relationship where we see ourselves as part of the world, and one in which we see the world more as part of ourselves, corresponding to the Greek hubris — spreads because people are encouraged to see themselves as perfect without having to prove it, thus the only requirement for them is to intend something, to wish it or to feel it. They become atomized and isolated in their own little worlds.

This is why liberalism offers you half of a civilization. It ignores half of what is necessary for a healthy civilization and, in return for your accepting that, makes you a member of society just as you are. This erodes societies in any form, whether through hopeless shrugs in the Soviet Union, to rigid ideological mania in the French Revolution, and finally to consumerist-socialist narcissism here in the USA and EU. It takes a whole civilization to stay functional. But where the individual fears, there will always be a liberal offering an easier way, but at the price of civilization itself.

Enjoy the Decline by Aaron Clarey | Anti-Americanism jumps the shark