Let’s Burn Harvard, Before It Is Too Late 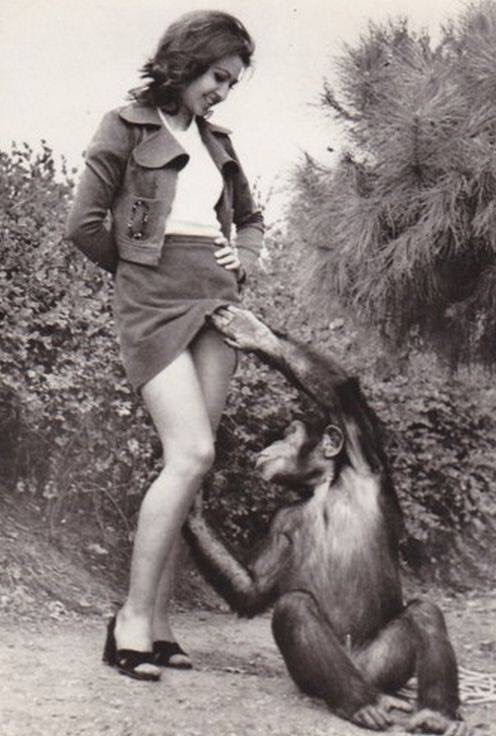 The ephemeral “transitory” nature of todayâ€™s communication became quite noticeable when Hillary exclaimed: â€œWhat difference does it make?â€

At 3:00 am lives were on the line but four hours later no additional lives were affected. Within 4 hours even (and especially) American lives did not matter anymore, to such an extent, that in four years she has forgotten about Ambassador John Christopher Stevenâ€™s brutal rape and murder by Muslims.

An alternative option was experienced yesterday when my son was taught (at school) that Jesus just walked away when people spat on Him. That was deemed the right thing to do because time heals everything.

But today it is not an option because my son canâ€™t in typical stubborn fashion shrug his shoulders and say, â€œI donâ€™t care,â€ because â€œtimeâ€ is not available anymore.

Hillary did not learn from her mistakes and the people that (will) spit on my son, will also not learn. Therefore, time is still important, not to heal, but to prepare, recuperate or to re-group: not to defend, but to attack.

Social media reduces â€œtime availableâ€ to interact with normal people and as such cause mental effect on such users. But I would like to take a different approach to re-energize â€œtimeâ€ in the #altright, towards politically motivated thinking of project schedules, milestones and deliveries.

Since the concept of time has been simplified into disconnected â€œtransitoryâ€ snapshots (by media), the opportunity is herewith taken to re-construct two separated snapshots into a coherent time-based snapshot (as an illustration).

The first snapshot appeared on August 29, 2016 with the release of Robert Stuekers’ book Â The European Enterprise: Geopolitical Essays, which hypothesies that that imperial â€œstructuresâ€ are being replaced by rampant globalist structures, and argues for a renewed European approach.Â  Globalism has been going on for ages (actually) and it is therefore no wonder (from a project manager time-based perspective), that deliveries could be expected in the current year.

What few of us realized, is that we have been complicit. We are actually inside this project; we are not outside on some island philosophizing the merits of globalization. That was already done 20 years ago. The concept of globalization was formulated after WW2 resulting in slowly accelerated implementation schedules using technology. The acts and outcomes of this plan is (still) neatly categorized and filed (away) by historians under an assortment of bewildering categories.

But time is fleeting, because merely a month later in September 2016 (according to a next disconnected Twitter snapshot), Tom Bower published a book called Broken Vows, Tony Blair: The Tragedy of Power. This is categorized as a biographical book describing the working life of Tony Blair over thirty-odd years in 600 or so pages. The timing of its release may not bode well for the Presidential aspirations of Hillary Clinton, because Blair also failed at representing â€œlabor,â€ used the same #PayforPlay strategy, had similar email problems and pushed the same open borders policies.

Tom Bower did us the favor of providing a practical view of the globalist project that we can digest in a re-constructed time-based snapshot. It provides actual proof of the Globalist Geopolitical project also discussed by Robert Stueker, and in doing so exposes The Bush Dynasty, the Clinton Dynasty, NATO, UN, World Bank and the British free-fall to Brexit. (Even the Russian drive to a multi-polar scenario)

And within all this, as Mike Cernovich said, â€œYet, here we are.â€ Within one month, we had access to the written words describing sixty years of effort that does not show any sign of changing course. This is not a Titanic where everyone is going to die, it is a Dark Organization with the express objective to stifle dissent, destroy the middle-class and keep those dazed masses of any race or identity where they belong â€“ away from the Establishment. In other words: screw civilization; the Elites will just keep whatever they have taken, thank you very much.

American common sense thinking has been totally undermined by this liberal-democratic ideology thereby affecting and literally scaring the average citizen into submission by psychologically using politics-of-fear such as â€œthe Russians are comingâ€ etc. This can be compared to being in a burning home where the owner just wants to run to the outside. The opportunity not to be missed however, is that many â€œownersâ€ have realized is that this (right here, right now) is a creative burning platform galvanizing each citizen to start a dialogue on real issues.

The first thing to consider when thinking about the liberal Tony Blair, is that he was elected by the Labor Party which is similar to the US Democratic Party. But after his resignation his labor constituents refused to say â€œThank youâ€ essentially because he broke his vows.Â  Also, knowing that the New World Order push liberal-democratic ideology as their preferred political solution, makes a review of his â€œliberal mindâ€ even more interesting.

According to the book The Liberal Mind: The psychological causes of political madness by Dr Lyle H Rossiter, the following deductions can be made:

It is clear that the reason the NWO is pushing liberal democracy is because they know they will benefit from its failure (e.g. Soros). That it will fail is certain, but then as Hillary said: â€œWhat difference does it make?â€

When looking at Blair through a liberal lens, knowing, that he knows it is a flawed ideology, makes the revelations of his conduct even more insightful. Therefore, knowing that he is going to fail motivates comparison of his actions to those described in Jim Collinsâ€™ book How the Mighty Fall. In this sense it could serve as measurement of how civilizations fall as well.

Therefore, without requiring in depth evaluation, it is quite apparent, that strong language similarities exist between these two books, as can be seen in the table below:

If readers were to absorb the failure marker language before attempting to read the biography, they would be amazed how many more similarities exist within those chapters as well. However, in depth investigation to assess the state of British civilization would require a wider approach, to include the decline from Thatcher, Blair, Brown to Cameron and Brexit. For the purpose of this writing, it will suffice to show that we are still sitting in the same boiling pot Blair loved so much. (He loved it because we sat in it)

The question (for us) on how to get out of the boiling pot (not Blair or Hillary), is addressed by Jim Collins where he wrote as follows:

â€œNot all organizations deserve to last.â€

â€œInstitutional (global) self-perpetuation holds no legitimate place in the world.â€

â€œYou can be profitable and bankruptâ€

â€œThe point of the struggle is not just to survive, but to build an impact that makes a distinctive Â  impact on the worldâ€

â€œTo accomplish this requires leaders …that can find a way …in pursuit of a larger cause than mere survival (and larger than themselves), while also maintaining the stoic will needed to take whatever actions…â€

Based on above it is possible (for us, not Blair) to get out of this dark civilization as described by the biography. But the following realistic psychological â€œadjustmentsâ€ need to be attended to as well:

In summary, the â€œnegativeâ€ geopolitical and political status quo in Western civilization is ongoing since the Second World War. This has been recorded and is publicly available. In addition to this, psychological and management books published over the same timeframe advanced the requirements for â€œpositiveâ€ conduct, confusing us into thinking â€œsomebodyâ€ (like Blair) would act on it.

We thought our representatives would take care of all that because of â€œbooksâ€, but we missed the â€œnegativeâ€ Elite dogma exemplified by Blair, because time and associated language was turned into disconnected snapshots.

Now that our platform is burning, especially reflecting our very own complicit life experiences, it will galvanize creative realism towards an implementation plan consisting of timeous psychological and organizational steps. This will include re-constructing time and burning the liberal language of Harvard, because losing it would leave no hole and wonâ€™t make any difference (to us).