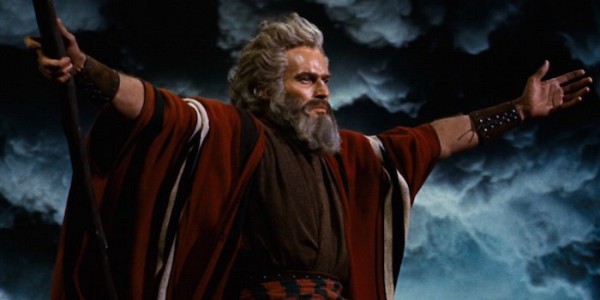 To all the gods of the past, and anyone who still — despite the onslaught of distracting/deconstructive propaganda — understands anything more complex than technological pattern repetition, I send this missive: let my people go.

Let them go from jobs that involve non-essential activity, workplace stress from the bad behavior of others, and obedience to appearance over function. Let them find ways to use their talents that have meaning, or a real need and a real effect.

Let them go from ugly cities where the pretense and reckless behavior of others makes the environment dirty, violent and boring. Let them find places to live where there are people who can appreciate them for who they are and give them a unique place in that hierarchy and structure.

Let them go from race guilt, or from feeling pity for others and self-hatred for the self-interest of their ancestors. We all act in self-interest and those who deny it are liars and snake oil salesmen. There is nothing “wrong” with conquest, especially when the conquered groups are just screwing around waiting to devolve.

Let them go from public opinion which always favors the pitiable and the angry over the plain truth of what is best in life, which is a chance to dedicate oneself to improving something qualitatively and raising a family. Let them find places where they are valued.

Let them go from casual sex, consumerism, disposable products and other arguments to the short-term peak stimulus over long-term enjoyment of life. Let them find contentment, beauty, elegance, reverence and love instead.

Let them go from the illusion that they can rule themselves. May they find leaders who love them as a parent loves her children, recognizing imperfection and yet always encouraging them toward betterment, in the timeless way of love.

Let them go from ideology, or the belief that what human emotions think “should” be true is worth sacrificing ourselves for. Let them instead focus on what works, and improving it toward a peak of qualitative excellence rivaling the ancient Greeks.

Let them go from social control. Give them leaders above them with wisdom, so that they may be rewarded for the good they do, and to beat back mass opinion, which is always wrong and punishes the excellent so that the mediocre — who are numerically superior, always — feel accepted.

Let them go from the World Wars. These were mistakes brought on by democracy, and led to us engaging in unconscionable and inhuman behavior. Let Hitler rest and the rest of us reflect on where we went wrong so that we never do it again.

Let them go from their own hubris. Let them realize that the apple and the snake are an illusion, much as personal power is, because real power comes from union with our world and its transcendental component.

Let them go from pity. There will always be poor, sad and miserable, and our duty to them is to rise above and show them a path out of their degradation, not to pity them by approving of their failure as if we believed it.

Let them go from atheism and the illusion that the world is empty and material, and not a giant informational space where beauty prevails if given the chance.

My people have labored in unconscious servitude for centuries and it crushes them by denying them existential beauty and hope, and it pains me to see it — as it pains those above me, namely the gods and ancient sages of our people. Let them go, I pray of you.

We have a new world to conquer and make beautiful. Let them go from these parasitic wastes of time. Let them discover beauty instead. I am not fool enough to believe this can be done by humans, nor arrogant enough to think I can do it. I ask you instead: let my people go.