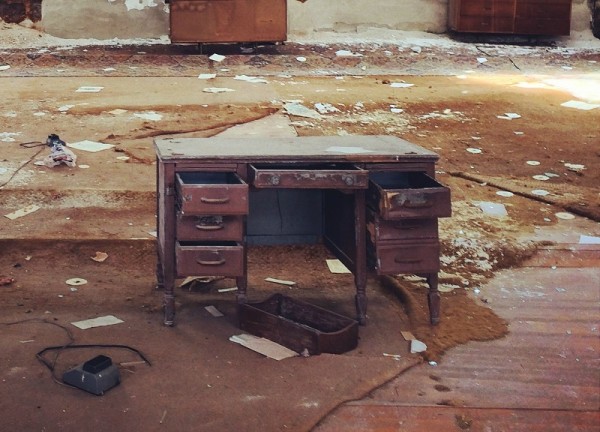 Leftists are like the barbarians outside the gate of a prosperous city. They can attack from any angle at random, and the city must exhaust its resources defending itself. The advantage falls to the attackers who have nothing to defend and so can spend all their time inventing new ways of destroying their adversary.

In the same way, leftists chip away at the necessary parts of a civilization in a random order but systematic process, finding delight in whatever they can sabotage, vandalize or destroy. This occurs because leftists view civilization, which creates standards for success and failure, as the enemy of their own damaged egos. As a result, they view any damage done to society as a victory and ignore the consequences, since in their view, others will behave like them and enjoy the new liberation with zero bad results. This is human fantasy projected onto reality at its worst.

What keeps the leftists thriving is that their ideas never receive the time necessary to test them. They make one change, wait six weeks, and declare victory — then move on to the next. Systematically they attack and dismantle the support structure of the ideas of their enemies, like invading barbarians cutting off water, salting fields and killing game around a besieged city. Before one attack is over, the next has begun. Through this method the city is kept constantly reacting to the attack, instead of seizing the impetus and creating a battle plan of its own.

The latest leftist jihad is to attack the idea of the traditional family through praising working mothers. In the experience of my generation, working mothers produce an unparalleled disaster of a home-life where kids are essentially raised by wolves, drugged on a steady diet of television and media to keep them busy, and farmed out to a life of busy-work at schools and daycare. This turns the kids into zombies who not only are neurotic to their core, but believe the propaganda endlessly fed into their minds. It is no wonder the left loves the working mother.

Even worse, working mothers produce neurotic homes. Food is acquired ad hoc with none of the planning and handcraft that goes into cooking and managing a larder. Nothing is constant and parenting consists of rules made after the fact, inconsistently, and in vague terms, teaching children early on to hate and distrust authority. Kids have shattered self-esteem that is only later in life assuaged by jobs and awards, which make them dependent on the approval of others for their self-esteem. Home becomes not-home; kids trust corporate services and maid service more than parents. Degeneration occurs from within.

For Generation X, the result of the working Baby Boomer mother was shattered self-esteem and a neurotic fear of anything that was not already explicitly known. Gen-Xers grew up into a world they saw as living death, without any of the tools of self-discipline and purpose that previous generations had, both hating their parents and seeing them as a kind of totalitarian-style authority that must be obeyed. The result was that Generation Xers either became obedient little sheep for the manipulative control by their parents, or rebelled and became slackers who now work off-shifts at customer-facing storefronts. Obey or die. Much like a liberal government, parents used the “in your best interests” line to justify being controlling, and produced shell-shocked permanent victims who just wanted to escape.

Now the liberal hype machine, via Pravda-on-the-Hudson, kicks into full gear with its praise of the working mother as not just acceptable but in fact better than the nuclear family with a parent — preferably the more nurturing one, the mother — at home:

In a new study of 50,000 adults in 25 countries, daughters of working mothers completed more years of education, were more likely to be employed and in supervisory roles and earned higher incomes.

…Some of these effects were strong in the United States. Here, daughters of working mothers earned 23 percent more than daughters of stay-at-home mothers, after controlling for demographic factors, and sons spent seven and a half more hours a week on child care and 25 more minutes on housework.

…Either way, the new study is part of a shift away from focusing on whether working mothers hurt children and toward a richer understanding of the relationship between work and family.

As with all things liberal, this is a social message that looks great if taken at face value. See, working mothers make their kids worth more money. More jobs and stuff. That’s good, right? And the boys spend more time on child care, which limits their male tendencies to be violent and cause trouble. Everyone is obedient to the image that the neurotic liberal self demands, which is a world of perfect inertness so that the personality of the liberal self encounters no barriers.

Except that as quickly glossed over — maintaining the illusion of journalistic objectivity in an article that otherwise fawns over its subject — there are massive problems with this study:

â€œThe problem is we donâ€™t know how these mothers differed,â€ said Raquel Fernandez, an economics professor at New York University who was not involved with the Harvard study but who has also studied the topic. â€œWas it really her mother working who did this, or was it her mother getting an education?â€

The classic liberal tendency is to take people who were headed for money anyway and claim that one unrelated aspect of their lifestyles led to that money. This is a begging-the-question fallacy based on the assumption that all people are the same, so that only something that someone did differently could result in different results. It could not be — at all — that they were actually different people with different abilities. That’s racist.

If this study fails like past liberal studies, it will turn out that the “scientists” responsible set up some filters for whose data they would consider, carefully eliminating anyone who did not fit their thesis. They also probably did their best to sample among populations who were already heading toward success when they assessed working mothers, and people likely to have less income when they assessed non-working mothers. Even better, they may have relied on surveys, which are notoriously bad like witness statements. People self-report what flatters them. Thus to the working mothers you ask how successful their kids are, but to the non-working mothers you just ask household details.

Not that it will officially fail, of course. Other results will come out and it will become clear that this The New York Times article and the study it reports on were based on utter lies, but no one will say that. No one wants to be excluded from the Kool Kids Klub, of course, so they won’t attack each other. They will just pretend it never happened, delete any references to it that they can, and move on to attack something else.

When people like me say that liberalism is a mental disease, this is what we speak of it. Liberalism replaces the part of our selves that gives us purpose and self-esteem, and makes even liking ourselves contingent upon this external thing that is based in ideology. We can only feel good about ourselves when doing the ideology. We feel bad when we lack it. And so like zombies, we advance, hungry for brains but never full, numb to the world around us as we collide with it, because we have replaced all noticing of that world with our single-minded quest for brains, the scapegoat that we think will make us feel better… and it does not, so we try again, and again, in a circular pattern that ultimately destroys us and everything else around us, but at least we feel a faint warm glow of self-righteousness as the edifices collapse.