Leftists Invent A Laughable Version Of The Sweet Meteor Of Death

by Jonathan Peter Wilkinson on October 13, 2018 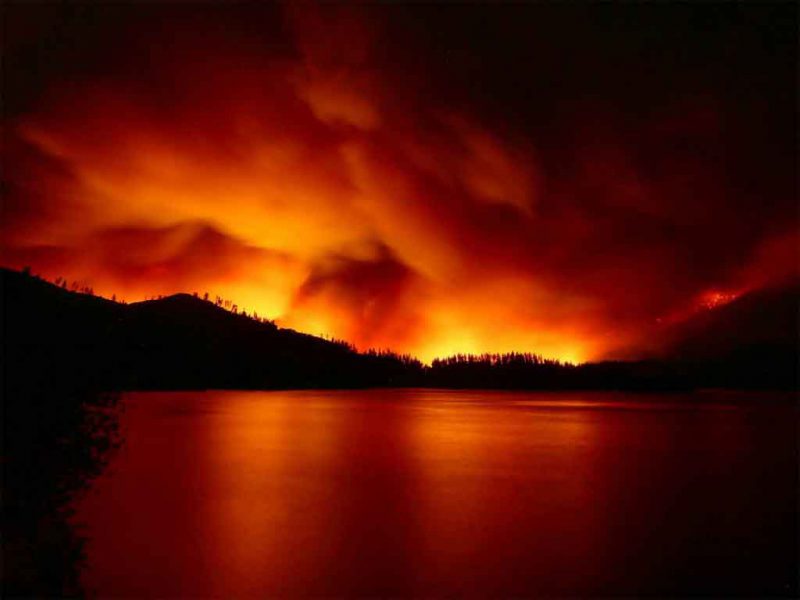 Like a threadbare refugee who promised to vote illegally in a US Election, ¡SCIENCE! has undergone resettlement. You are still doomed. The Polar Ice Caps will have all melted and the only Polar Bears you will ever see are in Coca-Cola commercials produced in Atlanta, Georgia.

The program just slipped to the right a wee bit as they say in the Puzzle Palace Upon The Potomac. Envirodoom has been to ¡SCIENCE! what The Armed Reconnaissance Helicopter has been to Uncle Sam’s Army. A bottomless money pit, filled with promises that go unfulfilled while Amerika’s most educated minds get paid to under-deliver on a massive scale. They always get the estimate wrong, they never stop getting paid. The same tired propaganda just gets rolled out one more time.

Luckily for all of our wallets, military programs have to undergo actual, real-world testing. When a variant of the Army’s ongoing failure Theatre Reconnaissance Helicopter auto-rotated its way down into the middle of The Texas High School Girls Golf Championship one year, it was christened the Armed Reconnaissance Golf-Cart. It was then dragged behind the barn by then Vice President Dick Cheney and killed with an axe.

But ¡SCIENCE!, particularly computer-modeled science, is under no such constraint to require reproducible results. Climate Scientology is subjected to actual, impartial, empirical experimentation about as frequently as stories of miracles out of The Book of Acts. You are told to accept it as a catechism. You see Global Warming is going to kill us all. The time to act is now. The only way to be saved is to believe.

Earth is on track to face devastating consequences of climate change — extreme drought, food shortages and deadly flooding — unless there’s an “unprecedented” effort to reduce greenhouse gas emissions by 2030, a new United Nations report warns. The planet’s surface has already warmed by 1 degree Celsius (1.8 degrees Fahrenheit) and could see a catastrophic 1.5 C (2.7 F) increase between 2030 and 2052, scientists say.

The only thing I’ve personally experienced from AGW was the following real-world experiment. Moving from Alexandria, VA to Huntsville, AL was a localized version of about 1.5 Degrees Centigrade of Global Warming. It was a heck of lot easier to grow a nice, green lawn. I could take the kids out to the local park to practice their baseball and soccer far more frequently. I could run at 4:15 AM and no longer have to knock the ice of my dong. All-in-all, I pretty much liked the global warming for the eleven months of the year not named August.

But no, the Climate Scientologists tell me to prepare for my Hell-Baking. There is only one thing that will save you puny sinners now: send in $50 to Reverend Ron and get your Glow-in-the-Dark Green Flourescent JeebusGore On A Stick. Just kidding, they aren’t quite that transparent. JeebusGore sold his TV Network to old, established OPEC money and doesn’t exactly need your generous contribution to live the plush life of a saturnine, overrated, hypocrite. And Lo and Behold! Lo-and-Frikking-Behold. I am not the only smarmy, worm-tongued apostate.

Here’s my problem with climate change: everyone from “turn back the rising seas” Obama to the pastor of my local liberal church will eagerly assure me that Science has proved that the end is nigh; climate change isn’t just happening but is imminent. We or our children are about to witness the mother of all fiery crash-and-burns unless we repent and turn from our sinful ways. Time is running out. It was running out in 1989, then again in 2000, 2002, 2006, 2007, 2012, 2014, 2015…

But that’s OK. The IPCC can go home and pop open a cold one. We, in the US of A have this one in hand.

Declines were led by the US (-0.5%). This is the ninth time in this century that the US has had the largest decline in emissions in the world. This also was the third consecutive year that emissions in the US declined, though the fall was the smallest over the last three years. Carbon emissions from energy use from the US are the lowest since 1992, the year that the UNFCCC came into existence. The next largest decline was in Ukraine (-10.1%).

So this Global Warming crap is easy. You elect a orange, billionaire bad-ass that does the exact opposite of what The Climate Scientologists at The Temple of Hockey Stick Curves advocate. You do not shut down your nation’s industries and immiserate your population to solve some socialist geek-wad’s ego. Where do we get the largest CO2 emissions from? We get them from countries that the IPCC doesn’t ever seem to get around to criticizing on any level.

But no, there is no acceptable solution to this other than The Full Maduro.

If you are wondering what you can do about climate change:
The world’s top scientists just gave rigorous backing to systematically dismantle capitalism as a key requirement to maintaining civilization and a habitable planet.
I mean, if you are looking for something to do.
— Eric Holthaus (@EricHolthaus) October 8, 2018

See how easy it all is. Just fish The Gore-Whale out of his private, heated swimming pool. Make him prepare his breakfast of hominy grits by beating the crap out of a bushel of grains with a thirteenth century agricultural flail. It gives you awesome lats and pecs, I’m quite sure. We’ll have no problem with feeding eight billion people around the world under such simplified circumstances.

And that’s just it. The Left has no intent whatsoever of having all those people come anywhere close to being fed. They are just disingenuous about which ones they hope are reduced to barbaric cannibalism and ergot poisoning.

A few years back, when Barack Obama, Nancy Pelosi, and Harry Reid were serving up Flambéed GOP Ass on Election Day, there was an Internet meme known as The Sweet Meteor of Death. We got lots of AGW crap in The Late 80s, Early Aughts, and just coincidentally, right after Brett Kavanaugh got sworn in at the SCOTUS. Global Warming is the laughable leftarded version of The Sweet Meteor of Death. At least Erik Erikson never had the gall to describe it as The New Astronomy.

One of these days we’re gonna need this cool and impressive achievement known as science. Like every other nice thing the Left gets its hands on these days, we won’t be able to have any science anymore. It’s all just scare theater these days.

Penumbra | Meditations On Evil And Restoration Of Western Civilization