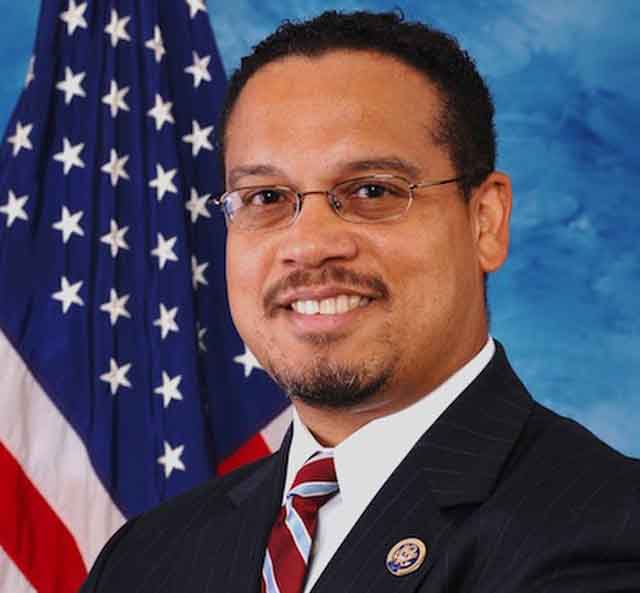 Shot: “U.S. Rep. Keith Ellison has won the Democratic primary for Minnesota Attorney General, following an ex-girlfriend’s claim of domestic violence that she called “narcissist abuse” from Ellison. If the allegations are true, Keith Ellison has no right to serve as the state’s chief legal officer. And he had no right to run under false pretenses, as a man standing wrongly accused. Voters had only his word on that claim, and the investigation is ongoing. In the meantime, Keith Ellison must withdraw from the race and not put Minnesotans through another cycle of political scandal. They’ve been through enough. It’s very simple. We believe survivors. Politics doesn’t matter. We believe survivors. Keith Ellison says he wants to protect women from domestic violence and sexual assault. That starts by believing survivors. Enough is enough. The time is NOW to stop this culture of oppression and silencing women. ” – National Organization of Women.

Chaser: “But in the months that followed her revelations about Mr. Weinstein last October, Ms. Argento quietly arranged to pay $380,000 to her own accuser: Jimmy Bennett, a young actor and rock musician who said she had sexually assaulted him in a California hotel room years earlier, when he was only two months past his 17th birthday. She was 37. The age of consent in California is 18. – New York Times

#MeToo should be hard on the trail of Rep. Keith Ellison. He is precisely who they love to take down. Power, privilege, lots of money to take via lawsuit, and sexual access any damn time he picks up his phone and fires up Instagram. He is the man who can abuse the system anytime he feels like beating the bitch after a tough day in higher office.

So the lawmen are passing around the wanted poster, loading their six-shooters, and topping-off on the liquid courage as their horses and dogs are protesting not being turned loose in pursuit. Oh, wait…

One of the leading hypocrites is Senator Gillibrand. When Sen. Franken was accused, she demanded a House Ethics Committee investigation and then called for Franken to resign as allegations mounted. She even threw Bill Clinton under the bus, saying he should have resigned after the revelations about Monica Lewinsky. But so far, Gillibrand has said nothing about Rep. Ellison: So far no congressional Democrat has called for a House Ethics Committee investigation into Ellison, instead settling for the somewhat vague DNC “review” of the situation. Gillibrand has not issued a statement about Ellison, and her press office did not respond to requests for comment Wednesday.

So what happened to “I am woman. Hear me roar!” Progressivism. These people have a hierarchy and a mission. #MeToo just got the memo that they are on the wrong end of both. This is forever how it is for Feminists. We saw that when the Rapefugee Crisis went white phosphorous in Cologne, Germany. Feminists are continually a notch lower in the victim hierarchy than minorites. That means that among Progressives, minorities can slap feminists around and rape them to shut them the hell up. That’s how Keith Ellison rolls. Why is he so mysoginist? Why do dogs pee on fire hydrants? Because he’s a powerful Leftist minority. So therefore he can be.

This means they bring out the gimp every so often to criticize Mitt Romney and his binder full of women, but there’s a line over to the Left that must not be crossed. There was a brief break in this omerta, when the Left decided to to purge the joke that was Al Franken in order to gain greater moral authority in their pursuit of Judge Roy Moore’s scalp. There was also intersectionality between #MeToo and the anti-Semtic Left when the target was (((Weinstein))). The line got redrawn when it came out that Keith Ellison was into getting his cardio via bedroom pugilism. More Amerikans need to incorporate heart-healthy activities into their lifestyles and apparantly feminists get on Lefty’s nerves the way they do every other sentient male being.

Ellison got a pass, some crazy Leftist woman got exposed as the hypocrite she truly is, and order was restored in Gomorrah-Upon-The-Potomac. So Minnesota will get an Attorney General with some aggressive means to get his rocks off, and we’ll all be spared hearing about rich, powerful, money-grubbing Hollywood Starlets are somehow victims of anything other than their own, personal cupidity. Peace will descend upon the valley like a gentle, morning acid rain. That is until some white, male Rethuglican gets nabbed sticking his wedding ring finger into some stupid, feckless political bimbo. Don’t you think it will be a relief not to hear from these idiots for a while? #Metoo.