Leftist psychology under the (foot)ballbreaker 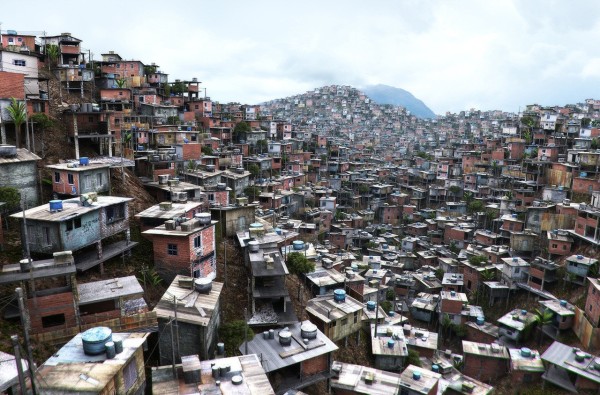 Leftists tend to hate anything that has an image of being strong, good and successful. They hate America, they hate Western civilization, they hate white males, they hate rationality.1

I like soccer. I usually play soccer. I watch soccer.

I turn on the TV and I see riots in the news. I turn on the computer and I read the comments made by online superheroes saving the world from their comfortable seats.

The first thing you have to do — if you want to survive in the real world — is to face reality. You ought to face the reality that this world is not the fantastic world sold by the Left, but an overwhelming wilderness encouraging you to strive for survival.

Once you wash your eyes, you can see the world as it is and not as you would like the world to be. If you turn on your TV, you will watch acts of war and barbarism happening in the Third World. Happening right now, while you are having a good time with your friends. It’s not your fault that you’re so disconnected from it, although those angry masses will be glad to take all the trappings of your easy life from you.

Okay, I get it. Today, to attack by criticizing the inhumanitarian machine pulling the strings behind the World Cup has become politically correct. I have heard some people arguing that they actually love football but they hate the football business, becoming themselves instantly into altruists because their “Good Samaritan” complex, which one is being spread through social networks, overpopulating and oversaturating the internet with their nauseating self-styled justice and fairness.

Well, it’s time to start telling the truth. Yes: there are many Brazilian people stuck in the poverty trap. Yes, in fact, inside the favelas, there are a boatload of NGOs working hard to liberate people from the claws of poverty.

However, what things do we know about Brazil? Female dancers with ridiculous fruit-bedecked hats. Carnivals of brown people dancing samba as if the world ended tomorrow. Thousands of shoeless dudes playing football in the beaches. Shirtless people doing nothing, yes, absolutely nothing across the day, just drinking caipirinhas under the sun, living peacefully, taking everything easy, enjoying the life that we all as western working masses want to live.

On the other hand, there is a dark folklore which we all know but it seems that progressivist people have chosen to deny: mestizo masses with heavy guns, drug traffic inside the favelas, gangs of ten-years-old-thieves, etc. In fact, it’s the same sort of crime we see in the parts of first-world cities that have fallen to third world standards, like Harlem, East Houston or South Central LA.

Some people prefer to blame the easiest option: capitalism. But if we approach this question honestly, we cannot say capitalism is wholly innocent, but we also cannot ascribe the Brazilian misfortunes to capitalism. Nor can we explain American ghettos or no-fly areas of European cities as the result of capitalism. Capitalism may help them self-destruct, but it isn’t the cause of their decline.

Peering behind the vast facade erected by media pundits and politicians, we see another story. The Left has failed. Multiculturalism has failed. Diversity is marching to a painful death while the West blames itself by blaming the FIFA World Cup. FIFA may be corrupt, but it definitely did not cause Brazilian poverty. The smoking gun lies with deficient public policies towards poverty, assistencialism, overpopulation, lack of birth control, absence of Unity (diversity destroying diversity), alienating comfort, laziness, and leftist psychology.

Donâ€™t be naÃ¯ve: with or without World Cup, the economic resources of capitalism will never ever be delivered to the poor. Those resources are symptoms, but the problem is how we have organized our society, and the choices made by poor people and rich western NGOs alike that avoid looking at the actual causes of poverty.