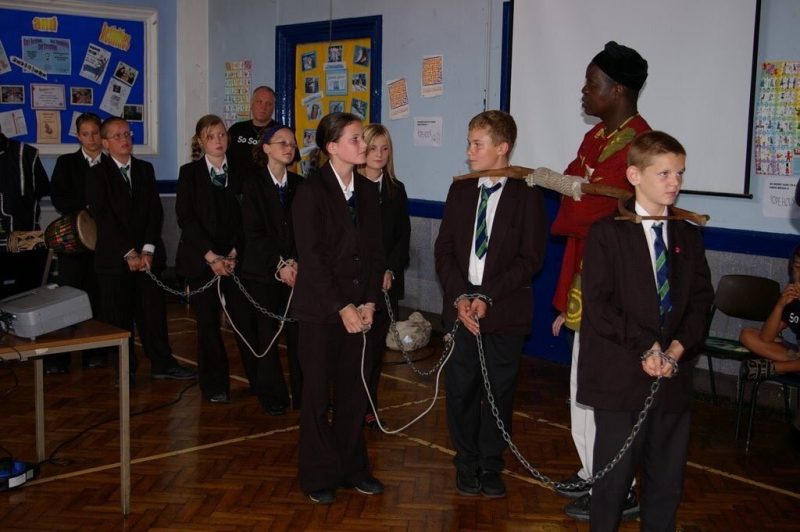 People of European descent find themselves wondering why they are being ethnically replaced by third world people. After all, the first world became more successful… right? And it did more than the third world, therefore might be more valuable?

This wondering causes all sorts of tangential philosophies to seem plausible. Perhaps the most notorious of these is the notion of The Coudenhove-Kalergi Plan:

The main problem lays with the fact that what Kalergi called for was not only the destruction of European nation states but also the deliberate ethnocide of the indigenous, mostly Caucasian race of the European continent. This he proposed should be done through enforced mass migration to create an undifferentiated homogeneous mass of serfs to be dominated by a wealthy self electing elite.

The (European) man of the future will be of mixed race. Today’s races and classes will disappear owing to the disappearing of space (nations), time, and prejudice. The Eurasian-Negroid race of the future, similar in its outward appearance to the Ancient Egyptians, will replace the diversity of peoples with a diversity of individuals

This, Kalergi stated, should be a plan run for and by the racial and spiritual supremacy of ‘blood aristocracy and Jewry’.

This comes to mind when we think of recent actions by our politicians, both local and globalist, to bring more immigrants among us. The West seems to have staked its future on not being the West, or in other words, adopting global populations as our own and hoping to brainwash them in our institutions enough that they can carry on a facsimile of our civilization.

Right now, the United Nations — a.k.a. the seat of globalism — has unveiled plans to bring about even more migration (full text here) by demanding that host nations open their borders to anyone who shows up:

The Global Compact is based on international human rights law and upholds the principles of non-regression and non-discrimination. By implementing the Global Compact, we ensure effective respect, protection and fulfilment of the human rights of all migrants, regardless of their migration status, across all stages of the migration cycle. We also reaffirm the commitment to eliminate all forms of discrimination, including racism, xenophobia and intolerance against migrants and their families.

However, it aims to:

Even if the UN intends well, the ultimate outcome of this agreement will be to influence policy toward admitting huge numbers of migrants to the relatively small first world. Not surprisingly, the UN has been planning this one since the West began adopting policies geared toward entitlements programs, mainly because it was evident that the first world could not afford these benefits.

Not surprisingly, this manipulative policy has encountered pushback as central European nations resist it because they realize it means ethnic replacement:

The agreement supports migration and considers it to be a human right, which, according to the minister, is unacceptable from Hungary’s point of view.

Hungary rejects the quota-based distribution of refugees within the EU, and in 2015 ordered the building of fences along its borders with Serbia and Croatia to keep out migrants travelling along the Balkan route into northern Europe.

The US also rejected the UN compact last year, after agreeing to take part under former president Barack Obama.

In other words, nations realize that national sovereignty is their only defense against the desires of the many nations of the world, who if we took a vote would prefer to allow their citizens to emigrate to first world nations. If you ask the first world, however, people do not want them there.

Is this the Kalergi plan? Unlikely. The Coudenhove-Kalergi plan represents the worst aspect of degenerated aristocrats, which is a desire to socially engineer a perfect society amidst the ruins of the demoralized and dysfunctional postwar Europe. Both world wars took a huge toll on European populations and culture.

Kalergi correctly intuited that Europe was caught in the midst of a class war and that until the lower classes were destroyed, they would attempt to overthrow anyone with any brains and replace those with socialist leaders. He wanted instead to do away with the proles and create a regime based on business, applied by the best business minds of his time.

In other words, he would end the class war definitively by conquering the proles, and by mixing them with Africans, produce a more compliant population which could be ruled by higher-IQ elites. While this seems interesting, it clearly would not work except as an administrative-managerial nation, and would produce a horror of a lifestyle.

While plebs voting remains a problem on both sides of the Atlantic, a more sensible solution would be to have organic nations in which hierarchy keeps the greater numbers of the proles in check, and appoints elites from within the population instead of as outside bureaucrats.

The UN plan has none of Kalergi’s idealism nor his recognition of caste warfare. The UN plan rests solely on one idea: find a way to pay for the entitlements state created by European socialism in the 1930s, roughly a century after socialism first became de rigueur among European intellectuals, themselves wanting to avoid the revolutions caused by class warfare as in France during the previous century.

In the year 2000, the UN formalized its desires by expressing a plan for ethnic replacement of Europeans which would enable the Leftist governments to continue operating despite being broke:

It was made by so called “experts”, claiming to have the solution for a rapidly ageing European population; replace Europe’s indigenous population with migrants.

It was presented as the only solution to fund pensions. “To maintain the current balance of 4 to 5 workers for a pensioner, the EU should open her doors, by 2025, to 159 million migrant workers”, the report states.

In other words, Europe could not pay for its pensions, so the solution was to important foreigners to pay for the benefits of the old and dying.

The new UN document possesses none of the high-minded idealism of Kalergi. It is an economic document grounded in human rights. In its view, if we endorse a civil/human rights agenda which emphasizes the equality of all people, we have assumed that there is nothing specifically important about a German, Japanese, or Jew; anyone can be one of these people.

When one goes down the path of civil rights, the basic idea of equality forces us to migrate to other conclusions. If all people are equal, there can be no social classes. There can also be no national distinctions. Eventually, we arrive at the notion that all people are the same except for the education or propaganda to which they have been exposed.

In other words, the UN migration pact arises from our adoption of civil rights in the 1960s. This coincides with the Hart-Celler Act, which hoped to dispense with a “racist” quota system and replace it with universal migration.

Following WW2, in which the Allies adopted civil rights as the idea behind their own sense of moral superiority over the Germans and Japanese, it was inevitable that civil rights would become the new center of our ideology in the West. It explained why we were unique, and dovetailed nicely with our concepts of independence and autonomy, effectively absorbing those.

Our leaders had something more manipulative in mind. Facing a totalitarian regime which seemed unstoppable because of the absolute obedience that it commanded, namely the Soviet Union, our leaders wanted something similar with which to control us. They settled on the idea of “freedom” because it proved universally popular among human beings and guaranteed that we would win out over the USSR.

Behind that motivation lurked something more sinister, namely the 2500-year-old notion that tyrants could achieve continual power by bringing in foreign populations and using them as a perpetual voting bloc in favor of the leaders, knowing that foreign groups would fear the majority and thus vote against its interests.

This differs greatly from the Coudenhove-Kalergi plan. It is not idealistic, but a raw grab for power that uses the political clout of the herd instead of trying to control it. It has no grand conspiracy; it is merely grifters stealing power for themselves, as usual, by fooling the herd with sales pitches about equality.