Jody And The Carpetbaggers 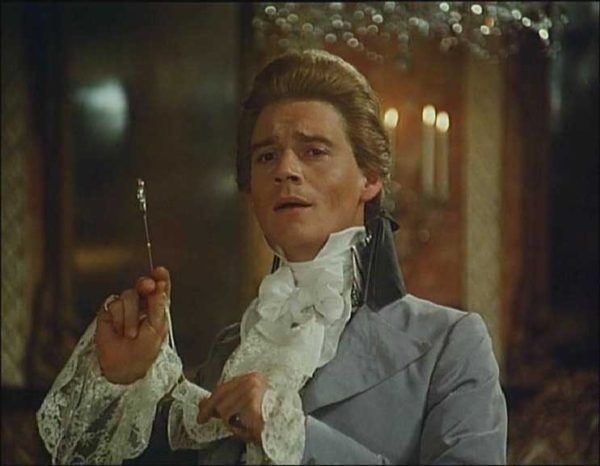 How can truth be invisible?

Answer: time. Nothing that is, is what is. What will be is what is. Cause leads to effect over the bridge of time. Very few can handle this, and prefer to treat what they see right now as if it were immutable.

This is projection of the Ego, of course. It must be in control at all times. If it is not in control, it rationalizes itself as being so. For its purposes, feeling in control is the same as being in control. The Ego is binary: it either feels totally powerful, or totally submissive, but either way it is in control of that choice.

One does not feel in control by admitting that for any attribute of life we see manifested in the world around us, its cause may be far away in space, time and appearance. Finding the cause of that effect is a research project that involves a great amount of risk of guessing wrongly, like trying to discover the culprit in an English locked-room mystery novel. Most of us will simply fail at it.

For this reason, the truth remains invisible. We look at effects as if they were their own causes, and assume that nothing that we see will ever change. And yet the one constant to life is that it will change, and it will do so through these invisible truths.

The tendency to rationalize explains how human societies die. Things start going badly, and people adjust their expectations to fit what is, instead of what was and in anticipation of what will be, because every action is just one point on a curve. This creates a static image that clashes with the shifting foundation around it, by parallax motion placed in momentum against reality, and increases entropy by its insistence on repetition of these bad approximations.

Our society is dying. It is a slow death: one starts as the ruler of the world, then becomes slowly more degenerate, and finally ends up being just like every other third world level society on earth. The people are chaotic and illogical in their actions, driven by emotional impulses and bodily desires. Government is kleptocracy. Everyone is an idiot, like a tin-pot dictator with his custom suit and rows of imaginary medals. Nothing works right and everything must be fudged into place, usually with bribes and gratuities.

Our people sleepwalk toward disaster. They are their own worst enemy: they rationalize instead of acting, and spend most of their energy finding new distractions to pursue in lieu of fixing the real problem. These distractions require us to struggle against them, along with the occasional real problem, and allow those who will carry out the final execution to move in amongst us.

American military men have a saying about “Jody.” Jody, or “Joe D. Guy” (“Joe the Guy”) is the man who stays back when other men go to war, and instead sneaks in the back door and steals their wives and girlfriends. Loving a man at war is hard; having a fling with Jody is the easiest thing on earth, and so when self-pity strikes, the WAGs go hog wild for the Jodies of the world. Jody is the collapse of civilization in a microcosm: avoiding the real task for the pleasurable distraction.

Jody lines up with another American icon, the carpetbagger. After the Civil War, the defeated South was subject to many regulations by victorious Union forces. These benefited anyone willing to sign the right papers, put down a little money, and begin working for the new regulatory regime. The people who showed up were swarthy people — not Western European — from the cities who haphazardly filled out the forms and began their role in the theft of the wealth of the South, and its women. They were called carpetbaggers because of their tendency to show up with a cheap suitcase and nothing else, but to leave in entirely more opulent style.

The problem of good people is that they are always subverted by Jody and the carpetbaggers. When Ronald Reagan went to (cold) war against the Soviet Union, perhaps the most vile and demeaning empire on earth, he had to put all his resources into that fight, and he compromised on everything else. This let Jody and the carpetbaggers in through the back door. Affirmative action, immigration amnesty, political correctness… the seeds of America’s most recent plateau collapse were sewn during the first heroic time she had experienced since the Leftist disaster of 1968.

It is the same way always. Busy fighting Mongols, our aristocrats were subverted from within by merchants. Busy fighting Nazis, the British became compromised by Communists at their universities. While fighting a civil war, the Americans let in the devil of the strong state and its neo-Communist ideology. Always, whenever the good are fighting far away, Jody and his carpetbaggers appear, and they always bring the same promise: easy pleasure now, if you just go to sleep and forget the long-term consequences… no more tears. It will soon be over.

Human civilization is like a man who draws his sidearm to defend himself, then finds that his hand has raised it to his head and is preparing to pull the trigger. He cannot stop himself, because he cannot control his limbs, and while one arm was fighting off the enemy, the other was readying itself for suicide. Bang! Splat!

Now we fight phantoms instead of Soviets. The great war for political correctness is a smoke screen. While it advances the Leftist narrative, what it really does is distract from the center falling out of the world we have come to know. Generation X saw this happen: they started growing up in the post-1970s restoration of American sanity, a Western European society, and ended their maturation in the diverse, corrupt and Leftist 1990s. It happens that quickly. A society looks one way, and when it looks back, Jody and the carpetbaggers have stolen the show.

Our conservatives are perhaps the worst because they base their philosophy in the idea of the rugged individual. “Just do what is right, and work hard, and you will come out on top,” they advise, sagely aware that they will be four-up and buried by the time cause becomes effect and the disaster is visible. Their idea is that while the enemy — Jody, carpetbaggers, thieves, liars, creeps — walks among us, we can “succeed” individually and everything will be fine. But when your society is hijacked and falls apart, nothing is fine. You just marginalize yourself through rationalization, which is what conservatives do every time, which is why they have done nothing to arrest the decay for the past three centuries.

The goal of the carpetbagger is simple: he comes to take money and power through the mystical hand of Government. He will leave with papers that say you owe him your time, and he will take your wives and daughters too when they see this exotic, prosperous powerful man compared to how weak you have become. It would not be hard to beat back the carpetbagger, although it would not be easy either, but when he has the flaming sword of Government and Law — and good, moral and upstanding conservatives take those seriously — he is unbeatable. And so it goes: society vanishes, and so do its people.

The subversives always target the people first, and then hide behind a camouflage net of intermediate targets. Yes, they want to control institutions and dominate business, but only as a means to an end. That end is destroying you, the genetic and cultural — the two are linked — group that rules the nation. In the mindset of the parasite, there is no tomorrow. He wages perpetual war against those more successful than himself, and has no thought in his head about what to do when he wins. This is why parasites tend to exterminate themselves after destroying the host, as happens in plagues and diseases.

While this will seem shocking to most people, there is no real distinction between immigration, takeover, carpet-bagging and genocide. They are different steps in the same process, and different degrees of the same intent. In nature, as in human life, any prosperous thing becomes a target. It will not be conquered outright, but seduced: by the easy words of salesmen, by the comforting tones of political speeches, and finally by the promise of “a better way” (hope! change!) from charlatan-clowns like Bernie Sanders and Barack Obama.

Another big secret is that it is easier to fight this than take any other approach. Dropping out, retreating to the countryside, “exit,” in situ secession and working hard/getting ahead are all variations of the same idea: maybe I can do what I want to, and the rest will leave me alone. But it will not. If you prosper, you are a target. If you are different, you are a target. What you think of as your life is not a cause, but an effect, the result of your civilization, the learning that came before, and the ability to be a sovereign nation with people like you.

All of that has been dispossessed from Western Europeans now. We no longer rule our own nations. Even if we did, most of our people are delusional and could never have figured this out in the first place, which was always the point behind democracy (the “palliative anaesthesia of nations”). The Other walks among us, and is the case when two populations co-exist, wants to take over and genocide us. The carpetbaggers rule industry and Jody has taken over the family.

In the face of this disaster, the most popular response will be denial and an attempt to find an easy solution that does not involve tackling the problem. We can always retreat into our minds, feelings and rationalizations. But the easiest method is the one that avoids suicide: depose the system that makes carpetbaggers powerful (democracy). Deport the Other and all of our homegrown parasites, preferably to different places. Restore our society by putting the best people, not the most cynical manipulators, in charge.

It is not as complex as 99.99% of your species want you to believe it is. Jody and the carpetbaggers will tell you it is impossible because they want you to lie down, go back to sleep, and wake up never again. The average white person just wants to get his retirement fund and a boat to go fishing on, something nice for himself for a change since he works just too hard. Women, college students and Bernie want to chase New Age hopes and hope for a painless death.

It’s up to the few of us who are not delusional, who see the end rushing toward us, and can understand cause-effect reasoning to come together, and not compromise or forgive our differences, but to beat them down. We need to be unified. We need to know what we want, and demand it in simplified form. Until then, Jody and his creepy friends will rule us, take over women, and continue erasing us from the map of history.