Jante Law Must Burn In Hell 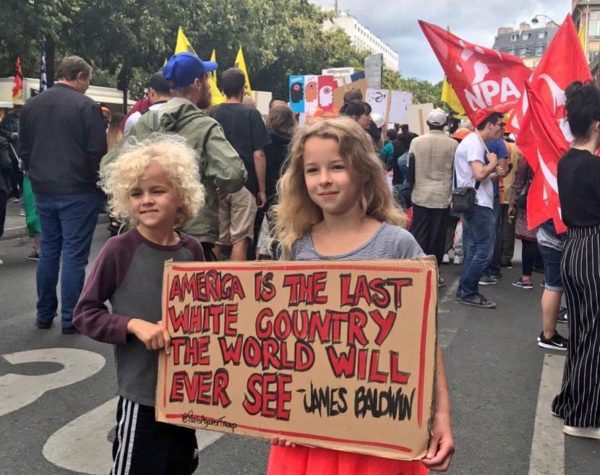 Here at Amerika, we stalk The Human Problem, which is the inevitable tendency of all human organizations to collapse.

Our answer so far is that they die through herd behavior, which happens when people begin imitating what others have done and forget the reasons why, at which point they substitute their own desires as the purpose of the activity, and in so doing reduce the methods of the organization to the same human behaviors they apply to everything else, destroying its ability to be unique. The origin of this destruction however is in hubris, or individualism, which is the desire to prioritize the desires of the individual first before the necessity of maintaining abstract or distant “invisible orders” like civilization, culture, hierarchy, divinity or natural law.

The paradox of The Human Problem is that unlike most predators in nature, which kill off the weak and old and sick, it strikes the healthiest first like an arrogant parasite who thinks he deserves only the juiciest animal in the herd. This is why Sweden, Britain and Germany were first to acquire the sickness, and that it is well-entrenched in wealthy places like Norway and Denmark and less so in places like Eastern Europe, where it was adopted mainly as a means-to-an-end of parasitic caste revolt. It is caste revolt in the Scandinavian countries as well, but they came by it through having nowhere else to conquer, no more mountains left to climb, and the basic oblivious niceness which comes with high IQ and wealth.

In other words, The Human Problem among intelligent populations is a social disease, brought on by a desire to be nice to others so they like you, because in a wealthy and highly civilized place, this is how the individual succeeds. Back to hubris, or success at the expense of what is virtuous and right, which is that which brings excellence to life through balance and order, in harmony with the invisible patterns of the cosmos. Already 99.9% of humanity has no hope in hell of understanding what is going on.

That leaves us with 7.5m people worldwide who could possibly wrap their heads around this sequence, and this is a good start. Always look on the bright side, because per hermetic law, looking on the dark side just invites it into you, and to have domain over you.

When you realize that The Human Problem is real, you immediately realize a corollary: never trust anything that fascinates the herd. They are behaving in a stampede, panic, trend, fad, gang, cult, and mania style, which means they have given over their mental compass to herd behavior, otherwise known as “social behavior.” At this point, the mind disconnects and the lowest common denominator animal impulses win out.

One of the herd’s fascinations over the past few decades has been Jante Law, which to someone skimming the surface sounds like the solution to all of our problems. It comes to us from those most precious of Eurosocialist-dwellers, the Danish, who want to remind us that they have come up with a form of progress that leads to Utopia:

The 10 rules of Jante Law

Like most things, this requires interpretation before its essence can be revealed. On the surface, it seems like good kindergarten advice: share toys. Be humble. Be nice. Don’t make fun of everyone else. Accept your irrelevance. Accept your ignorance. Remember that you are bad, and we the herd are good.

How could this be? Let us look at the modern origins of Jante Law:

The term, borrowed from the satirical book A Fugitive Crosses His Tracks, published in 1933, suggests that Danes are happy because they aspire to be average.

1933? So this isn’t the Eddas, or folk wisdom, or even Danish culture. It is a modern novel that became a trend, and it did so in the 1930s, when Communism was trending among the elites. It’s hard to find a source less reputable than Wikipedia, but in this “Jante Law” we have found it.

In other words, it is a replacement for Danish culture.

Yet Jante Law is very popular. It allows those who have wealth to hide it, and those who do not, to compensate by hiding the gap. It is as neurotic as modern Europe has been for 228 years, and it follows the same ideal as the French Revolution: me-first, which means no one can come before me, which means we are all equal.

Why would anyone hide the intent of such a law, unless its purpose was deceptive? “Hmm.”

Its success is based in low self-confidence:

In a happiness study by neuroscientist Robb Rutledge of the University College of London, low expectations helped boost happiness.

When your expectations are low, you cannot fail, because the failure occurs earlier in the setting of expectations to a low level. Why would anyone do that, unless they lacked the confidence to think they could achieve better results?

Jante Law is a perfect Soviet state if it were enforced by citizens and not police. Everyone is the same, no one is higher or lower. Everyone is enslaved to what others think, not what is true. Order is maintained by crushing those who are higher so that the lower feel safe as well. It is just like your kindergarten teacher, an authoritarian empowered by “they must all get along.”

Like all good lies, Jante Law is a half-truth. Namely, it overlaps with the type of humility adopted by the upper half of the middle class:

One friend of mine, the newspaper columnist Annegrethe Rasmussen, sparked a recent Jante Law debate when she wrote about her experiences of coming home from Washington, D.C., where she lives, and telling her friends about her sonâ€™s performance at school. â€œAs a kind of quick way into the subject,â€ Annegrethe told me shortly after the column was published, â€œI said, â€˜Heâ€™s doing really well, he is number one in his class.â€™ And the table went silent.â€ Though she is Danish, and so should have known better, she realized immediately that she had breached the code. â€œIf I had said he was great at role-playing or drawing it would have been fine, but it was totally wrong to boast about academic achievement.â€

Here’s the thing: if you are more intelligent and wealthy than the rest, you do not brag. Why? Because it is redundant. Of course your kid is leading the class, dominating business, ruling the nation… he is more competent! Higher castes have higher IQs and higher moral standards than lower castes, and this is an eternal truth. Anyone who opposes it is a mental health case who needs to be killed.

Did you hear that? Good. You should heed it.

In the case of Rasmussen, she made a typical blunder, acting like an American from a classless society instead of a Dane from a society with social caste. Higher caste people do not brag. They under-state their accomplishments because anything else is to over-state them, relative to their position in society, and so they gain nothing from bragging. Instead, they give others the floor.

This is not a law. It is a combination of politeness and pragmatism. If you are a standard deviation of intelligence above the rest of the population, it is not exactly the news that your kid is valedictorian. Or that you are wealthy. Or that you are war heroes. You expect this, because it is a truth inherent to the caste system itself: higher castes are higher performing. Only proles deny this.

On the other hand, the Danes do have an authentic culture with one thing we can all use and appreciate:

For instance, in his new book, Meik Wiking, chief executive of the Happiness Research Institute in Copenhagen, cites the importance of â€œhyggeâ€â€”loosely translated as an enjoyment of good, everyday things in life.

This seems egotistical, but in fact it is the opposite of egotism. Instead of thinking that there is a center of the universe, with a most important person, you realize that each of us has separate paths and you can know nothing but your path. For that reason, what you have is what you deserve and the best you can have, therefore is worth celebrating.

This is the opposite of Jante Law. In Jante Law, people get together and agree that there is one standard for everyone, namely to obey the herd. With hygge, people realize that they are different, and that what comes naturally to them is what they need and what they should have. There is no universal standard, only a few shared principles, and a path for each individual.

The West was conquered by pretense. The lower-born, even if wealthy, adopted a viewpoint that equality was necessary to work together. This enabled them to feel like those who give, and therefore those who are more powerful than any other, while compelling the lower castes to stop revolting and work with everyone else. It seemed like a good compromise but as usual, it was a devil’s bargain.

As this pretense unravels, we see that at the core of everything is herd behavior, which is comprised of the hubris of individuals who, like herd animals, are too stupid or disorganized to work together and make something like oh I dunno civilization. Herd behavior is what dooms societies.

Attempts to make herd behavior functional and accepted, like the Jante Law, are doomed because they attempt to bless that which is evil. They try to make acceptable that which destroys societies. They befriend Satan, and let him in, rather than realizing that evil and error are eternal and must always be fought, no matter how wealthy and powerful we are.

How Jobs Crush Your Soul | Interview with Melanie Rees