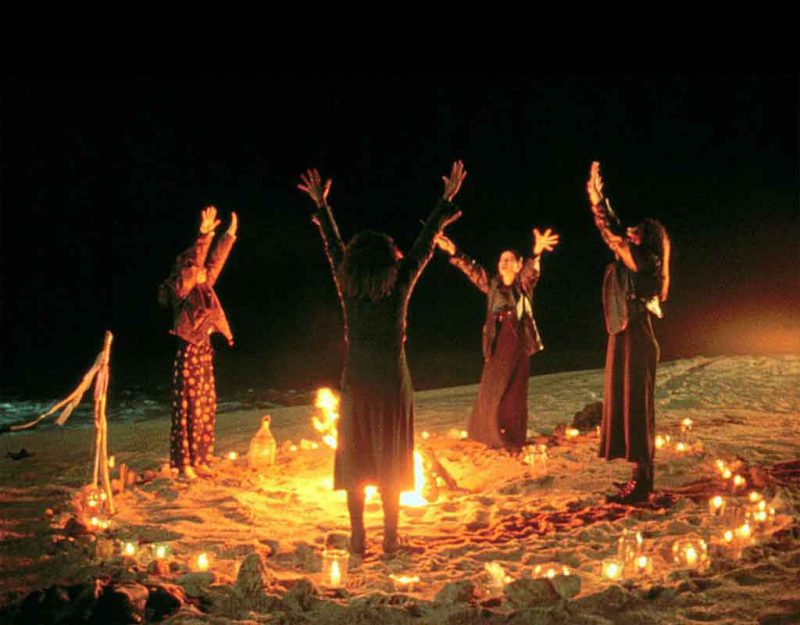 When we were young, growing up in Texas, we all celebrated Juneteenth. The reason was that no one really liked slavery and the thought of buying people in a foreign homeland, bringing them here, and then keeping them in servitude.

At the same time, driving by the Black, Amerind, Hispanic, Asian, or Russian parts of town reminded us why such things happened. The foreign is alien; it has foreign ways, an opposite way of thinking about values and morality, and a different approach to living. You cannot not enslave it and live.

It was clear at that point that diversity had jumped the shark and just as clear that it would take the rest of the country, most of whom lived in very mostly White areas, many years to see that. For us it manifested in how when parts of town went diverse, all cultural life died.

You used to have places you would go, favorite shops, parks, fishing holes, open-air bazaars, country stores, and places to duck in for a quick cup of coffee. These places had a rhythm, an order, and a sense of how things ought to be done, so you could slip right in and be part.

When your community goes diverse, you are truly multi-cultural, which means that there is no culture. Each group has its little culture and they all avoid public spaces and go visit each other in their homes and practice their culture there.

Anything public must get rid of culture because that gets in the way of being accessible, universal, pluralistic, inclusive, and tolerant (all these things mean pacifism, if you ask me: the means-over-ends pursuit of eliminating methods of conflict in order to replace your goal with the goal of safety).

That coffee shop where you used to swing in, take an alternating table, nod for coffee and join in the discussion was gone. The building was still there, but now they ran it like a fast food place. You went to the counter, placed your order, then went to your assigned table.

All spontaneity was gone. Same with the fishing holes. They did not have signs, back in the day, but now there are signs telling you not to do obviously dumb things. Do not dive in murky water. Do not feed the alligators. Beware of high tides. All the stuff you knew by doing, now you are told.

If you go to the park, you will be sad you are not an airplane because it might as well be a landing strip. The groups of ladies chatting, gone; they are in a private home. The men pitching horseshoes, gone, because this looks weird to outsiders. Everyone is walking with earbuds by themselves, afraid of interaction.

What made interacting with others easy was that we knew the rhythms, methods, aesthetics, and feel of a place. Without it, we are all just little ships alone on the ocean, staying apart from others because who knows what their intent is.

You used to be able to jump into conversations. Not now; it offends some cultures, but more importantly, when no one knows what is the culturally accepted method of conversing, no one does it. You go to places to meet people you already know, buy products, and then go home.

A lot of people want to blame technology or politics for having divided us. In my view, it was always diversity that did that, and technology just filled the void. Why go out to a movie theater and its diverse audience when you can stay home and watch on your eight-five inch surround sound television?

Why go out for coffee when there is the drive-thru at Starbucks with a disembodied voice of no particular race, sex, culture, or region which asks what product name you want, then tells you a total, and has it waiting in a window when you pull forward?

We never went to those old coffee shops for the coffee, although it was sometimes good. We went to see what other people were doing, pick up on rumors of what was going on in town, and feel a sense of community. People do that on social media now, but it is not the fault of social media.

We all had ambivalent feelings about being White back then. To be White meant to have no culture, to be a non-person among all of those who we were told were our future. It meant some guilt, too; we did not like slavery, but it was what people did back then, and by the 1840s was fading thanks to new machines.

It struck as appropriate to celebrate Juneteenth. To live in the South is to know and love Black people, even some Hispanics, and occasionally, an Injun or Chinaman or two. The South accepts you as you are and does not ask you to try to hide who or what you are. That includes foreigners.

However, we learned over time that this went out the window as communities became diverse. That welcoming attitude can only exist when the Anglo-Saxons are in charge; when everything goes to the vote, different groups use it to fight over power, territory, and status.

In doing so, they abolish culture. That lazy easy old Anglo-Saxon culture disguised a great joy in life and in the pursuits one does outside a job. But just as the coffee shop went corporate, so did the jobs, since now you had to be “objective” and fair to everyone, and not everyone had the same wiring.

As kids we spent a lot of our time learning how to behave but reflected that a lot of it was common sense, a proxy term for intuitive. It was in our blood to do things a certain way, and once we saw the mechanics from others, we were at home anywhere in our society.

This all went away with diversity. Much as we celebrated Juneteenth back then, we need to look forward to a future day of liberation, the day when the White Anglo-Saxon gets free from diversity. It kills our culture and strangles us, so for us to survive, it has to go.

Inverse Juneteenth will be a happy day just like the end of slavery. It was a historical hack that needed to go. Diversity is the same way, and it is just as enslaving and brutal as slavery. Even more, minorities will also be freed from this dysfunctional society.

Everyone wins when the diversity is freed from being diverse, and everyone can go back to their homelands. We can return to enjoying the great society we struggled, fought, and died for here, which we own by virtue of having made something nice where nothing nice was before.

People can stop hating each other for their race, ethnicity, and social class. Without diversity, there is no one to blame. We can have culture again, and a sense of place and places. There is no Heaven on Earth, but we can do a lot better than we are doing now when we free Whites from diversity.