Introducing The Realist Party Platform for 2024 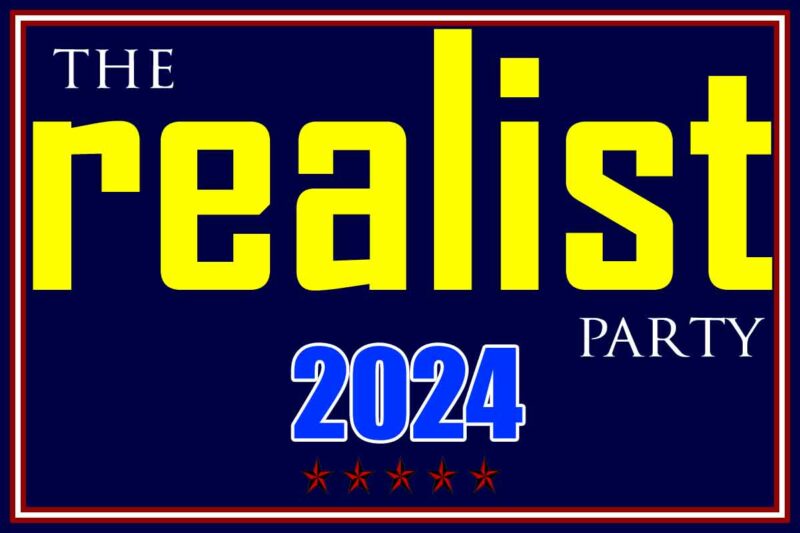 With any luck, Donald J. Trump will be your president in 2024, since he is a Reagan/JFK moderate who only appears “far-Right” because the Left has crawled so far up the digestive tract of Stalin and Marx that it sees all dissent as extremism.

However, if for whatever reason — more Tammany/Pendergast antics during the election, WW3 kicking off in Taiwan, Putin nukes DC and we hope gets Austin too — Mr Trump cannot be our president, you have another great option: me.

Let us look at a platform for the Realist Party, composed of ragin’ realists like many of our readers here, in 2024 as part of its quest to resurrect Western Civilization from the doom of egotism that ate it after it over-civilized itself.

After reading that, you have seen more detail about how government works than politicians have mentioned in public over the last fifty years. Voters need the power and matching burden of knowledge.

If elected, I promise to do my best to accomplish as much of the above as possible, and to offend everyone “equally” in the process.