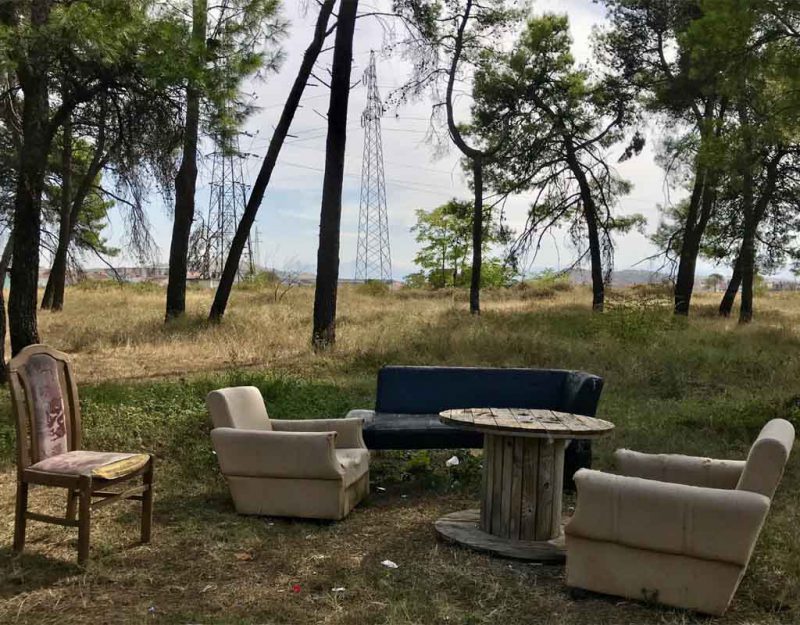 Many of you are familiar with Richard Faussette, author of the eye-opening Race and Religion: A Catholic View. He was kind enough to take the time to respond to our interview query and give his view on the current crisis of Western Civilization and how to resolve it.

Can you tell us about your background and how you got involved in writing about the decay of civilization and how to counter it?

My father saw some of the complimentary teachers’ notes attached to my writing in grammar school and he seemed keen on the idea that I might one day be a writer. I disappointed him when I was expelled from prep school. Then he was shot and killed by black teenagers when he refused to kneel down in the street. I was in need of redemption. I talk about that in “A Story of White Privilege, Coming of Age in Washington Heights” on my academia.edu page.

The 60s was a volatile time, and in the wake of my father’s murder, I began to look more closely at the events unfolding around me: the revolutionary activities in New York’s East and Greenwich Villages, an incendiary speech by Abbie Hoffman at the Electric Circus, activists blowing themselves up, the controversy over the Vietnam war and blacks murdering more and more white people while their stories were being lionized in paperback books.

What, in your view, has caused the decay?

Our own frailty and ignorance leading us further and further toward fragmentation and destruction by a persistent but unacknowledged enemy. The Greco-Persian wars never ended. The West bears the brunt of the Persian assault even now. Orthodox Jewish communities are de facto “Persian” colonies.

What, in your view, is the solution?

Just the other day, I read a paper by an “alt-right” academic who wrote that you should ignore the Bible. He wrote that it was nothing but a war manual, but I’ve argued the Bible is a war manual for twenty years and come to the opposite conclusion. I’ve read Paul Colinvaux, the ecologist, on mimicry at the agonistic interface and I’ve read Kevin MacDonald on “mirroring” two decades after I read Colinvaux so I can’t understand why the alt-right doesn’t get it. I believe you must know the Bible.

Luckily, I’ve spent a lot of time on the Bible and can be brief. God requires you to do three things to live and prosper, and for your family to live forever, and ever.

The proof and the strategy are in Genesis. I describe it in eighteen pages in my paper, “The Biblical Significance of the Darwinian Threads in Genesis and Their Link to the First Instance of the anti-Semitic Cycle in Exodus” on academia.edu.

We can learn the evolutionary strategy in the Bible, and assume the discipline, or like the alt-right, we can give Nazi salutes and get smacked in the head on street corners. The alt-right has it all wrong when it comes to religion. The synoptic gospels are allegories not meant to be understood the way they are read. You have to work a little harder to get their significance. The hard work is worth it.

What role do you think race, ethnicity, and social class play in this solution?

We are up against a world-wide racial/ethnic initiative based on a war manual 2,500 some odd years old. We have to learn the three primary tactics found in their war manual and adopt them (I have already listed them above and in my paper on the Darwinian threads in Genesis). Only then do we have a chance to reach our phenotypic, genotypic, and reproductive potentials. They are set on destroying and replacing our educated “middle” class with themselves. It is our middle class that must adopt an evolutionary strategy and guide our lower-class masses toward survival. The educated “middle” class will have to learn to write in allegories or “speak in tongues” to motivate the intellectually challenged and superstitious masses. Our adversary does it with propaganda.

Do you have any views on “the Benedict Option” and “the Remnant”?

I remember buying the Benedict Option book and putting it down. I pray occasionally to myself — it’s a habit, a way of expressing the good wishes I have for someone — but I don’t “believe in” prayer or contemplative meditation. I like to talk directly to God (the fates, what is, — call God what you like). I say “please” for what I want and “thank you” for what I am given and “give me strength” for what I need. I express my humility in the presence of “the powers that be” and I do the best I can to live an exemplary life. I fall short, but I persevere. Bop til you drop, so to speak. When you stay in the moment, your sins are forgiven, and your guilt disappears. Stay in the moment and your ontological anxiety, your fear of the future, is gone.

Stay in the moment.

All this is taught in the Gathas and the Gospels, but it’s hard to see, unless you understand the fall of Adam and Eve as described in my papers, particularly in “The Biblical Significance of Adam and Eve and Jacob and Esau.”

I contacted The Remnant while preparing these answers. The Remnant is devoted to the Church, which is Roman and may once have been a vehicle to God but is today very human and in decay as the columnists at the Remnant themselves understand in their wish to reform it. I spent twenty years on parish councils from the late 70s through the 90s studying priests and parishioners. Enough. The vehicle to God is through self-sacrifice. Jesus was of the order of Melchizedek, an order which demands of its disciples: make your learned behaviors intuitive. In Genesis, where there are no priests, no temple and no written law, Abraham tithes to Melchizedek. Churches are buildings, necessary for keeping congregations of religious men out of the rain, but true religion is not housed in a church. It is written on a man’s heart and lived on the battlefields of his life.

Making your learned behavior intuitive is the return to the higher Eden, the return to God, the discipline Man had to master once he abandoned instinctive behavior for the self-conscious knowledge of good and evil. Genesis is not superstition or myth. It is social science.

Do you think that this solution requires a religious basis, or can it get by with religion as one of its aspects, if religion is necessary at all?

Religion binds men to God (“what is”) and binds men to one another, absolutely. Religion is the warrior’s perfect execution of priestly wisdom. Once you’ve defined religion correctly, and sacrificed your “self,” how can you not see the God that remains?

A member of a threatened human group who finds himself standing his ground and sacrificing himself so that the other members of his group survive believes in this fundamental social contract: any one of his fellows are committed to making the same sacrifice for him or his loved ones should the necessity arise. Throughout human history, the common code of military conduct has rewarded the self-sacrificial act with parades, medals and memorials while branding men who shirk their communal duty traitors and typically ending their lives. When you make the conscious decision to disregard your individual self for an ultimate concern, what you believe to be the greatest good, you are a religious man. — © Richard Faussette (2019)

Where do you think the West is right now in the decay cycle, and how do we recognize this stage?

The West is fragmented, confused, wrestling with itself, and in grave danger. The United States of America is the only bastion of freedom left powerful enough to withstand the aniconic, iconoclastic Marxists (who are simultaneously religious and anti-religious!). We have to stop them, though the United States itself is heavily infiltrated. We are approaching the final stage when the people of the book begin provoking widespread social disturbances which we cannot control, as they are doing now. It is our educated classes who are most in danger.

Where can people find your complete written works?

They’re on academia.edu, right now. The most important of my papers is posted on your website, Amerika.org. It’s about the attacks on Christianity. The great political scientist, Samuel T. Francis offered me the opportunity to defend Christianity in the last book he edited before he died, Race and the American Prospect. I put everything I could in “Race and Religion: A Catholic View” not knowing if I’d ever be published again by a man the stature of a Samuel T. Francis. The second leg of the attack results in the dispersal of our people among foreign peoples, the Tower of Babel strategy from Genesis. I address that in “Niche Theory, Population Transfer, and the Origin of the anti-Semitic Cycle,” which was published in the Occidental Quarterly in 2007 (where I predict today’s riots) and also in “The Biblical Significance of the Tower of Babel.” Both are also on my academia.edu page.

How can readers keep track of your future doings?

I’m on academia.edu right now except for “Race and Religion: A Catholic View” which is on your site, Amerika.org. I can’t see the future. I just continue to write. I take it day by day and minute by minute. That’s how it goes: step by step, moment by moment, one good thought, one good word, one good deed, after another.