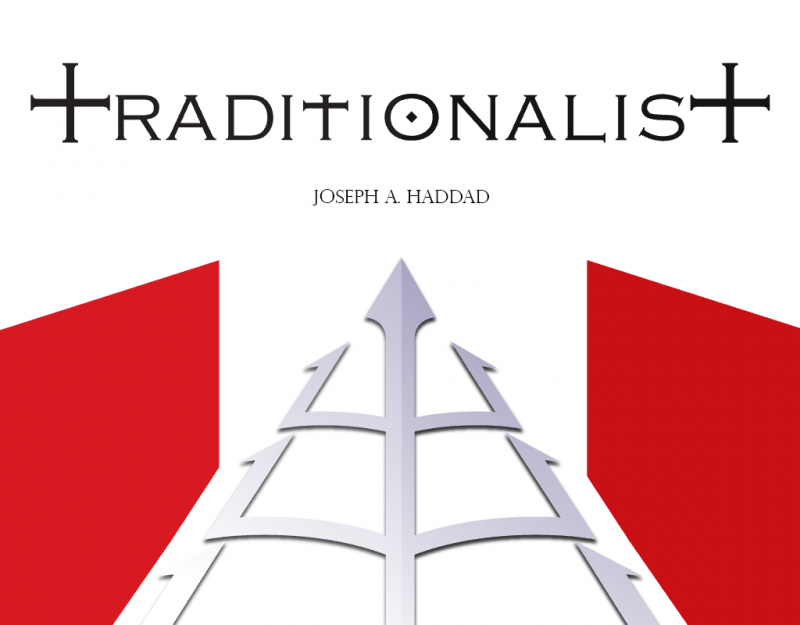 Few know what traditionalism means. In the public lexicon, it signifies honoring the behaviors since the dawn of time, much as conservative denotes preservation of the past. Yet these terms barely scratch the surface.

While the Left looks toward the future, and most conservatives look toward the past, Traditionalists look to the eternal. In their view, the world has never changed, and all of our religions and cultures describe it to varying degrees. They seek to participate in its eternal natural and divine order, one in which humankind plays a part, but is not the whole, nor is the individual.

Joseph A. Haddad, known for his work with the Association for the Preservation of Lebanese Heritage (APLH), has recently scribed a tome explaining his view of Tradition and how it can be applied in a post-postmodern context. Fortunately, he had a few minutes to sit down with us for an interview.

Who are you, and what is your experience with traditionalism?

I am a Lebanese person who grew up in war-era Lebanon. I graduated from art school as a designer and illustrator and was exposed to the liberal/leftist mindset that is a staple of art schools everywhere. We were told to worship talentless schmucks who dribbled blobs of paint over mounds of trash while people of real talent and genius were ignored. That was my first experience with Modernism as an ideology, which lead me to Traditionalism after researching the origins of Modernism to better understand why the world was elevating mediocrity over excellence.

The deeper my research went, the more I found myself witnessing a cultural war with the only visible clashing parties being political and ideological currents vying for dominance: a hierarchical side who honors the past and is unafraid of the future and a side whose entire identity is based on negating the former. I chose the side of traditionalism.

Traditionalism means recognizing that the world is a hierarchy and that, by relying on history, Man can learn from past mistakes in his journey towards excellence. This is the role of traditions; to steer humanity upwards by adopting standards that work and discarding those that do not, in a slow organic way.

A traditionalist is someone for whom “the past is alive,” giving them purpose to wade through a present that is full of chaos and turmoil in order to reach and fulfill their own future. Many today create a (false) mental image of someone living in a cave when someone mentions traditionalism. You can be a techno geek and still be a traditionalist. Purpose and continuity/perseverance are the tools of the traditionalist.

What does your book Traditionalist cover and why should someone read it?

Traditionalist covers cultural, political, social and art-related subjects where the culture war is evident. Ideologies such as liberalism, feminism, marxism, egalitarianism, social issues like the patriarchy/matriarchy debate, the SJW mentality, the Judeochristian scam, sexual confusion as an agenda and heritage conservation are some of the subjects covered in this book.

The world and its events are overwhelming us with their speed and no one has the luxury to even breathe, so much life is zooming past our bewildered selves. I recommend this book to anyone who feels deep down, that things are not going well with the world, especially parents who are beginning to seriously question what their kids are being molded into, by schools and the media.

Do you see the arc of history bending toward traditionalism?

I see it bending towards chaos first as turmoil will hit a heavily interdependent world, but after that, no one can be sure of anything.

It’s hard to expect kings or wise rulers to emerge from the mass of mediocrity we live in now. It’s a process of several centuries probably but if more people adopt traditionalism now, that time period can be shrunk. Traditionalism does not appeal to those with short attention-spans or to neurotics. It is a way of deep commitment, sacrifice and hardship because it builds towards eternity. I cannot expect it to be popular in the current world we’re in as long as Modernity rules, but I’m a firm adherent to it and I promote this way of life through my book.

If Modernity dies, Traditionalism as a worldview becomes possible. In the meantime, it is necessary to protect knowledge for a potential world “reboot.” I close the book with this thought.

Can you share with us an excerpt from the book that you find especially significant?

Sure. Let us look at the chapter entitled “Separation Of Church & State”:

Liberalism and Leftist politics have been dominating the cultural landscape for the past three hundred years. We can clearly see the result in political discourse today, especially when hearing so-called conservatives and right-wingers argue for separation of Church and State, a concept that both the commoner and the aristocrat from three centuries ago would have considered as a total travesty.

Or maybe this from the section “Hard to Swallow Pills”:

Qualitative Democracy:
If democracy is to remain, a certain amount of voting power should be allocated to the person with the necessary cognitive capacities.
A lower IQ score means the vote gets cut by a certain percentage. Having a stake in deciding the future of a people should also be
reserved to those who have the minimum required gray matter to perform the job. A basic example of such system is as follows:

Where do people go to keep track of your doings and news?

When I’m not designing, I rant on my blog, the APLH blog, the Facebook page for this book, and also post on on Instagram where I post my leatherwork, which I do as a hobby.

Tags: association for the preservation of lebanese heritage, joseph a. haddad, traditionalism