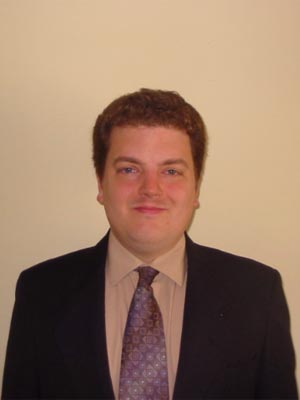 Every generation and every town has one: the slightly bedraggled person who camps out on a street corner with a sign proclaiming “The End is Near.” We’ve become accustomed to them so that they fade into background noise much like our grandparents telling us that things were better in the good ol’ days.

But over the past decade, a new thought has entered our collective consciousness, which is that decay may come slowly, and if so, every doomsayer has been correct — just early. With that thought comes the question, “Where should we go next?” After all, the last century burned out fascism, nationalism, communism and theocracy, and the century before seemed to finish the work of the century before it in shattering aristocracy and the older order. What’s left?

As more people turn toward this question, a new type of publisher has emerged that focuses on different types of social order, some ancient and some futuristic. At the forefront of this new type is Arktos, a publishing firm known for its high-quality imprints of traditionalist, ecofuturist and transcending modernity texts. We were fortunate to have John Morgan, Editor-in-Chief of Arktos, agree to an interview with us.

Arktos birthed itself from Integral Tradition Publishing, and now seems to me to be the foremost alternative right, traditionalist, perennialist and New Right publisher in existence. Can you tell us a bit about the goals, history and methods of Arktos?

Thanks so much for the compliment! Itâ€™s always good for morale for us here in India when people give us such votes of confidence.

First, the history. ITP was founded in December 2006 by myself and some friends with the intention of becoming the pre-eminent publisher and distributor of traditionalist and radical/anti-modernist literature. We were always very ambitious, but all of us were working other full-time jobs, and we didnâ€™t have very much money at our disposal, so we could only get out one or two publications per year. It was the decision to open an office in India in 2009 that really turned things around, since those of us who came to work here could actually afford to live on what the company was making and thus work full-time on ITP. Towards the end of 2009, we found out that some Swedish friends of ours were planning a project very similar to our own, and we concluded that it was a better use of our resources to just combine forces, and the resulting product was a completely new venture: Arktos. Weâ€™re still very small, but with the additional manpower and money weâ€™ve been able to bring a lot of projects to fruition that we could only dream about in the ITP days.

Our goals are stated on the â€œAbout Usâ€ section of our Web site (www.arktos.com), although they are quite general. Arktos does not have a specific ideology or point-of-view that it advocates, even though there are certain themes which are of concern to us. Weâ€™ve published a number of European New Right titles, for example, but we donâ€™t see ourselves strictly as a New Right publisher. When Iâ€™ve tried to boil down our interests, the best Iâ€™ve come up with is â€œalternatives to modernity.â€ All of our books in some way seek to convey alternative ways of looking at life or civilization itself. So far weâ€™ve published works on politics, philosophy, spirituality/traditionalism, radical environmentalism, and fiction. Iâ€™m sure we will continue to publish works in all these areas, and also expand into new ones.

You’ve unleashed English translations of many of the true classics of the New Right movement. Do you think there’s a large audience in English-speakers, such as in the UK or USA, or is English a kind of lingua franca that we all speak because we use the internet and watch too much American TV?

I certainly hope there are. Weâ€™ve had good sales of our Alain de Benoist and Guillaume Faye titles so far, but they havenâ€™t exactly been flying off the shelves as weâ€™d hoped. I was hopeful that we might see thousands of copies sold right away, in the belief that there were a lot of people like me who had spent years grumbling about how little New Right material had been available in English previously. Iâ€™m convinced that there are a lot more potential readers out there, and that we just need to find a way to reach them and make them aware of this material. But orders for the books continue to come in, and we have many more translations planned, so Iâ€™m hopeful that we will gradually get to that point.

As for the possibilities in English, itâ€™s unquestionable that English has now become the global language, at least among the educated elites across the world. I find it a bit ironic that weâ€™re exploiting this reality in Arktos, since one of the fundamental aspects of the New Right is its opposition to American cultural imperialism, of which the current proliferation of English is a part. But itâ€™s a fact, so we might as well work with it. We certainly do see a lot of sales to customers in countries that are not primarily English-speaking, simply because our books have not been made available in their native languages. Although I do think there is a lot of interest in Arktos in English-speaking countries as well, simply because the sorts of ideas propagated in our books are coming from completely new perspectives for us. I donâ€™t think most people would dispute that the political, cultural and spiritual traditions which have dominated the English-speaking world for centuries have been appearing quite threadbare in recent decades. Both the United States and the United Kingdom are founded on English political and philosophical assumptions that have gone unquestioned for a long time. The New Right texts are coming out of French, and to a lesser extent German and other Continental traditions that are a breath of fresh air. Previously, these sorts of ideas were only the province of academic specialists in political theory, but now we are making them available for anyone to consider.

When Iâ€™ve tried to boil down our interests, the best Iâ€™ve come up with is â€œalternatives to modernity.â€ All of our books in some way seek to convey alternative ways of looking at life or civilization itself.

How many titles does Arktos publish in a year, and how do you choose them?

We try to publish at least two or three new titles per month, although weâ€™ve fallen short of that goal recently because all of us spent much of the summer travelling and attending conferences, but weâ€™re working to get caught up now. We choose books based in part on our own interests (since we would definitely all be a part of Arktosâ€™ audience if we werenâ€™t working for it), as well as in terms of what we feel is most needed or what people would like to see in print. Plus weâ€™re always getting submissions from authors, several of which weâ€™ve already published. Both Andrew Fraserâ€™s The WASP Question and Kerry Boltonâ€™s Revolution from Above were the result of unsolicited submissions.

Why publishing? It seems the publishing industry is in disarray, although many suggest niche publications (like what Arktos does) are the way of the future. Did you consider other forms of action? 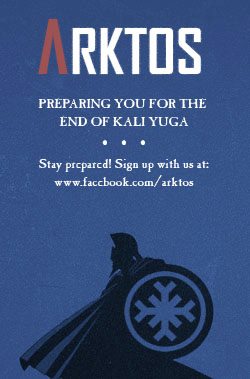 The world of publishing is undergoing changes on a scale unseen since Gutenberg, but I donâ€™t think publishing is going away. I firmly believe that there will always be books â€“ and paper books among them â€“ as long as there is some form of human civilization. It is definitely true that recent developments have created many new opportunities for small publishers than have ever existed before. Arktos wouldnâ€™t exist were it not for the blessings of print-on-demand and the Internet. And Iâ€™m very pleased to see the plethora of publishers with goals similar to Arktos that have sprung up in recent years: Counter-Currents, Wermod & Wermod, Finis Mundi, Sophia Perennis, Primordial Traditions, and Black Front Press, to name but a few. When Iâ€™ve spoken to people whoâ€™ve travelled in our circles for decades, they describe how they used to have to make do with poor-quality photocopies of long out-of-print books or typewritten manuscripts. Now, thanks to the growth of small publishing, we have an entire universe of publishers that are producing professional-quality books that can stand alongside those of the big names. And I think thatâ€™s terrific. Ideas are the building blocks of change, and without a rich intellectual and cultural foundation, which can only be found in books, Western civilization will never be able to break out of its present morass. Other forms of action will be needed sooner or later, but we have to have a solid conception of where we want to go first, and books are still the best way to do that.