Inside The Battle For The Soul Of Conservatism 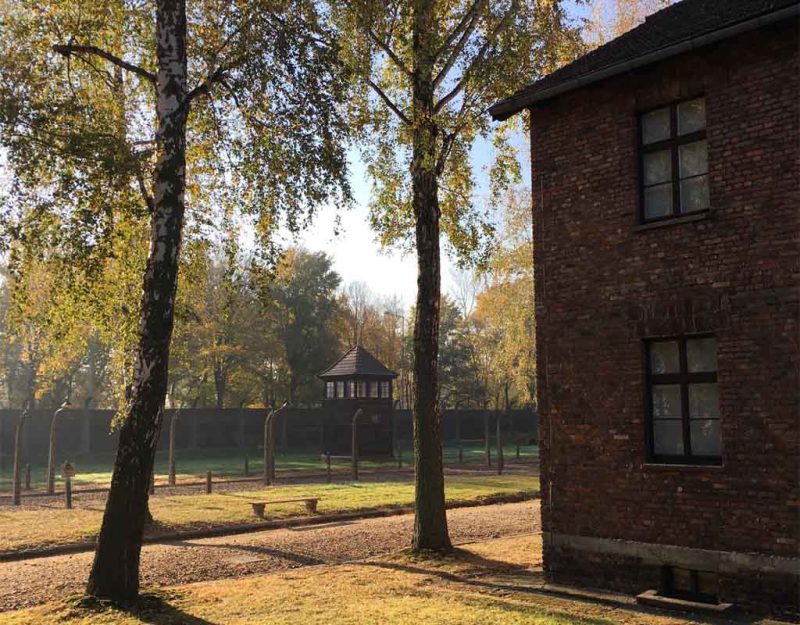 Conservatism struggles because it is not an ideology, in the same way a majority population does not recognize the importance of identity politics because it experiences no struggle that forces itself to strongly identify.

Ideologies are symbolic belief systems. They tell you that the world was good when a certain symbol controlled our thoughts, that some bad people came in and took that Golden Age away, and that the only meaning in life therefore consists of getting back to that absolute good by imposing the symbol on everyone else.

Focused like a laser, cuts like a knife, ideology always triumphs over messier realism because it is easier to conceptualize and therefore, triggers more excitement in our big brains. We like the feeling of being in control and symbolic realities do that by simplifying actual reality into simple appearance.

Conservatives could never figure out a response to Leftism because you cannot distill conservatism into an ideology since it is folkway, or lifestyle and general attitude toward existence. Conservatism consists of radical realism plus a drive to achieve excellence, creativity, beauty, goodness, and proficiency.

This has three crucial problems:

As the old saying goes, creation presents difficulty, but destruction is easy (and powerful as a result). One flick of a finger at the right machine, concoction, fire, or weapon, and one can lay waste to thousands of years of learning and growth.

All of these were mistakes because they confused method and goal. Most of our problems consist of needs, and our goal becomes addressing those needs; only once we look into it do we know what method to use. For example, when a car does not start, we know only goal and have to ascertain method gradually.

Saying something like “we preserve the Constitution” is silly because the Constitution is a means to an end, and that end is a thriving civilization. It has its span of years in the cycle of birth-death-rebirth that marks civilizations, but it is not the goal; it is a tool for achieving that goal.

Conservatives have piled up a number of points of defense — abortion, school prayer, heterosexual marriage, Israel/Christianity, the drug war, and capitalism — but we have never made a single point, which is that we want a conservative society.

This cannot be subdivided into little issues, especially those defined by the Left because they were in a hurry to legalize abortion or achieve gay marriage. Our focus has deviated from the big picture because we are reacting to them, not meeting them with a counter-plan.

For example, our counter plan could be a nationalist, capitalistic, natural rights, and small government America with the notion that we will remove almost all laws and government programs to get back to rule by culture. Add in deep ecology and you have the whole package.

So let us look at a few pointed and relevant critiques of mainstream conservatism offered by Hunter Wallace over at Occidental Dissent:

In my ideal world, we would have a strong state and a competent government that would deliver collective goods like a fair economy, public health, a clean environment and secure national borders. More than anything else, this strong state would focus on putting an end to an age of permanent social revolution and would restore order, cohesion, continuity, stability, decency and normalcy to society.

This all sounds good, except for one word: government.

We do not want a government, since that is a bureaucratic entity outside of the population. We want a culture, and a social hierarchy with our best people leading, so that they make these decisions to advance their own standing by increasing the organization, productivity, and quality of our society.

The West went wrong with the idea of equality, which naturally requires some big bully to administer it so that things are “fair,” instead of allowing those who are most competent to succeed and seize all the wealth and power.

All of what has gone wrong for us — diversity, democracy, equality, immigration, socialism — has come from government attempting to manage the population, instead of treating it like a garden, where it nurtures the healthy and rips out the sick, kills off parasites, and spreads nutrition.

In a metaphorical sense our present government surely spreads a lot of manure, but not the kind that makes a society thrive. Placing the competent in charge allows them to infect us all with new qualitative ideas, including aesthetics and wisdom including knowledge of the gods.

We do better in the hands of our best people than in the control of agencies designed to mold us like interchangeable parts, livestock, or assembly line products.

By and large, this was all done before National Review was founded as the flagship of conservative liberalism in 1955 and before the Cultural Revolution of the 1960s and 1970s mainstreamed a more libertarian ethos on the Left and Right.

Future history will recall William F. Buckley and his “fusionist” New Right as the product of wartime propaganda, the increasing financial power of women, and the destructive effects of diversity on our society as mainstreamed by Korea and justified by our WW2 “freedom versus oppression” propaganda.

These historians will realize that such things became inevitable after the Fourteenth Amendment changed this country from a natural rights idea (government cannot stop you from doing non-destructive things) to a civil rights agenda (everyone must be forced to tolerate each other).

As one poet wrote:

That is the Fourteenth Amendment, or how our post-diversity politicians attempted to reconcile a nation which was once WASP now divided into Southern Europeans, Eastern Europeans, Indians, Jews, Negroes, and Hispanics. Force you to be nice to each other, and kill you before you kill each other.

The liberal Right goes along with that too and makes identity politics based appeals to blacks and homosexuals while policing and marginalizing anyone who violates these norms. It is completely opposed to our worldview. It glorifies selfishness, individualism and materialism as the foundation of its philosophy. It denies us any type of legitimate collective racial, ethnic or cultural identity. It does not value collective goods like public health, the environment or worker safety.

Of course it does not, because libertarianism is fundamentally Leftist, or based in the idea that all people possess equal “reason” or ability to think, at least at a minimum level. This is gibberish reasoning unless you like that minimum to be the lowest common denominator, i.e. 100 IQ gibberish.

This failed because, since it was an offshoot of egalitarianism, and egalitarianism is the founding idea of the Left, it was easily assimilated. Conservatives went from caring about good results to being concerned with having the “correct” methods and appearances.

Much of this comes from democracy itself. When you must appeal to voters, you have to pitch the lowest common denominator, and Christian libertarianism as “not quite full atheism, socialism, and forced diversity yet” was easy for the audience to grasp like a cheeseburger or donut.

Instead of being an “Alt-Right” or “Dissident Right” and trying to change the fundamental values and beliefs of those people, which are extreme individualism and materialism and a complete lack of social concern, we should have the self awareness to realize that we are moderates, not conservatives, which is why we never fit in with them.

I suggest that this is error, although I agree that we are extremist moderates, or those who really have no political alignment except strongly favoring that which works in reality and rejecting “new” ideas which are not really new and do not work.

Conservative means the root of what we do: we conserve. That includes nature, heritage/genetics, beliefs, behaviors, calendar, cuisine, aesthetics, family, tribe, class hierarchy, and faith.

If we look at history, everyone was essentially conservative until egalitarianism reared its head with the arrival of Genghis Khan (who developed the egalitarian-totalitarian society), peasant revolts, Magna Carta, Enlightenment,™ and finally the French Revolution.

Out of the French Revolution experience, where the nation went egalitarian and then went bankrupt, came the need for socialism and later Communism, which are essentially Khan-style permanent military-format mass mobilization techniques for forcing people to produce food.

We are simply those who negate egalitarianism, and prefer instead to conserve the best of all human endeavor from all time and for all time. We are the people with the lowest time preference, who think of eternity and beauty inspiring all that we do.

He is correct that individualism (self-pity; fatalism; narcissism; solipsism; hubris) is the root of our downfall. Those who refuse to believe in anything but themselves will never reach out to interact with the world on a fundamental level. They will simply indulge and die, leaving a wasteland.

That means denying the absolute individual that “rights” implies, and with that, abolishing the need for a government to enforce those rights. We can get back to where we need to be with conservatism, but only if we strip Buckley and his fellow egalitarians out of it.

Periscope (May 28, 2020) | A True American Ethnostate Would Be a WASP-only Society