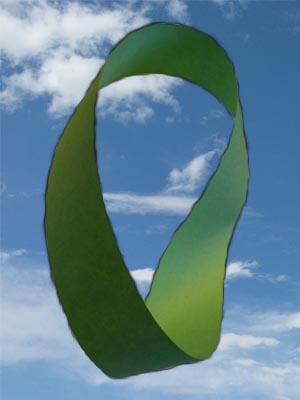 It is extremely difficult to explain conservatism to someone who has grown up liberal. While popular opinion (which is always wrong) holds left/right is an illusory dichotomy, in fact the two are opposites.

In fact, conservatism is liberalism turned inside-out and vice-versa. The fundamental idea of liberalism is that of human equality, which means that we are born with equal discernment and potential.

This means that each of us can be anything, except for the limitations imposed by others or nature, so we must even out — “make flat” — those differences.

In other words, we must impose the human form on the universe, and assume that humanity is the highest order and everything else is extraneous.

Conservatives take the opposite position. The universe is not a product of us; it is an order which arises through us. From Julius Evola:

Race, caste, etc. [e.g., gender, intelligence, strength (tr)] exist in the spirit before manifesting in earthly and historical existence. Diversity has its origin from above, and that which is related to it on earth is only its reflection and symbol. As we willed to be on the basis of a primordial nature or a transcendental decision, so it is. It is not birth that determines character, but vice versa. It is character in its widest sense, because here common words are deceptive, that determines birth. – Julius Evola, Sintesi via Gornahoor

Focus on this concept: “It is not birth that determines character, but vice versa.” In other words, the spirit pre-exists the individual and is born into that body.

This clashes with the liberal idea that the spirit is the body, and thus can determine its own character.

Whether we read this conservative idea as a genetic one, where the bell curve manifests itself even among ethnically homogenous populations, or as a spiritual one, the concept is the same:

We cannot will ourselves to be what we are not. We are born into unequal bodies because we are unequal in abilities, intelligence and moral character.

Moral character can be defined as the ability to defer or avoid gratification in order to do what is correct according to an abstract order larger than the individual.

Some have more than others. But let’s focus on abilities: 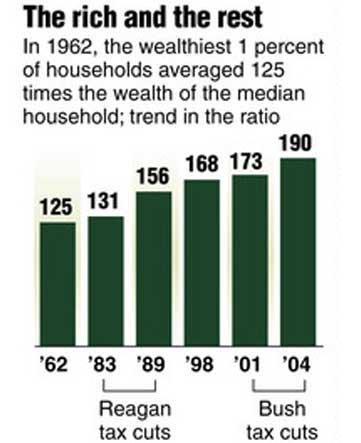 The silly people at Business Insider want to correlate this to tax cuts, but as every good liberal has now learned, it’s important to bleat “correlation is not causation” in situations like this.

Instead, it’s important to look at the many possible causes, and stop making a giant unscientific assumption — that people are equal in ability.

What happened after 1965 and then accelerated around 1987? A flood of third-world immigration and, simultaneously, greater tolerance for home-grown stupid through social welfare programs.

We can’t blame all of this on the influx of third worlders, who although they have lower average IQs, are given a run for their money by the trailer parks and inner cities of the USA.

In addition, we’ve steadily moved people into jobs that are granular — they involve very little actual work, and are more formal roles that require lots of pomp and circumstance but little actual production.

It’s kind of amusing, actually, how we take former file clerks, give them lengthy titles, put them through college certification programs, and then assign them minimally intellectually challenging work. They then act as if they were “professionals” — meaning doctors, lawyers, architects — and go to offices, dress up diligently, and self-importantly attend endless meetings, trainings, group sessions, analyses, etc.

It’s a big show. These people are file clerks, and before that, turnip pickers. They may not be stupid, but they’re not smart enough to make larger decisions or accomplish much. Yet with the infectious notion of equality ringing in our heads, we send them off, as if they were important, so everyone can feel important…

The result is a society in shutdown. Clogged with the slow and incompetent, and glorifying the average, it has committed itself to a form of gridlock. When the lowest rule over the highest, the highest stay the hell away, and the result is a generalized incompetence, slow-moving and bumbling process.

Boris Kerner of the Daimler Automotive Group in Germany has developed an explanation for how gridlock occurs. A preprint of his new model can be viewed in a preprint at the website arXiv. Surprisingly, his new model suggests gridlock can occur even when traffic flow is relatively light. The culprit? Someone in the line of traffic near a light signal slows down, triggering a chain of events that can reduce the speed of all traffic behind it, build up successively longer lines of vehicles with every green-yellow-red cycle, and eventually lead to gridlock.

Continuing a physics approach that originates from the early 1960s, Kerner and his colleagues developed a mathematical description that treats vehicles in traffic like objects in natural systems, such as a network of electrical signals traveling in the brain, or complex molecules in a thick liquid bouncing against each other as they are being sucked up through a straw. In all these cases, the objects can together make abrupt “phase transitions” from one state to another — from a smooth liquid to a molasses-like one, from normal electrical activity to epilepsy, and from free-moving vehicle traffic to a jam. Unlike ice resting in a freezer, these systems are all dynamic, and far from equilibrium. Introduce a disturbance above a critical level, and like a roll of the dice, this can sometimes — randomly — cause the system to change its phase abruptly and dramatically. – PhysOrg

Since we’re talking about correlations here, and it’s near impossible to know, I would submit this: the conservative ideal will find a cause for increasing inequality in the increasing incompetence of the American people.

The liberal ideal, founded on the unproven idea that we are all equal in potential, is that somehow the tax cuts or the horrible Republicans have forced this inequality upon us, out of sheer cruelty and shocking competence.

Depending on whether you’re lower or higher, those things may look identical from a distance.