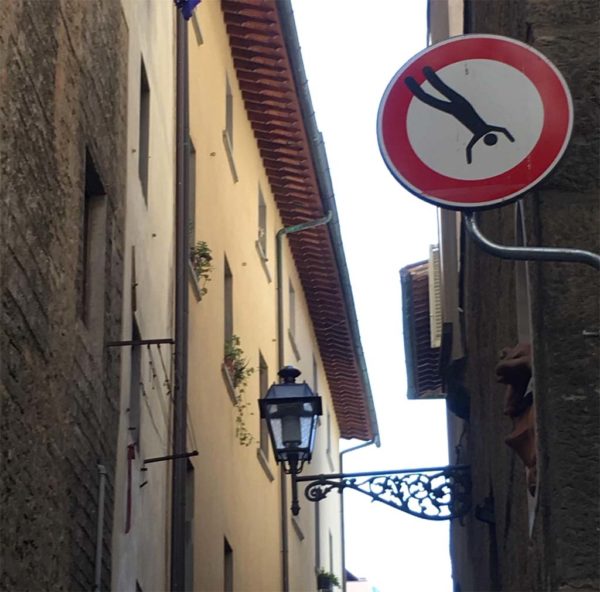 Inevitably the internet was going to increase the flow of data across the world. The important aspect of this flow is the exchange of communication between individuals. Other individuals witness these exchanges, and make deductions based on what they see, which then become information upon which they rely when making decisions.

In this decentralized medium, no one can regulate the conversion between data and conversation. Tech companies realize that people act on information they perceive as reliable and important. They filter the exchange through “community standards,” fearing what happens when the masses attribute the information to a reliable organization and have it shape their worldview.

This means that, as with mass media before the internet, all information has some form of bias. It has been said that Trump is a great persuader, but it has also been said that mainstream media is a great manipulator.Â  So when someone raises his hand to say that: â€œhey, politicians are now more talked about than Hollywood stars,â€ then you realize that information flow is going crazy.

And it is insane, because that is not how it was intended to be by our financial overlords. The typical Western â€œgroup-thinkâ€ is that the masses like images of their favorite â€œstars,â€ which are used by advertisers to sell products. This is called manipulation, where intelligence agencies combined with media and film corporations are making fortunes from creating and maintaining their own celebrity â€œbubbles.â€

Scott Adams explained how to know when you are in a mass hysteria bubble. If you are not in this bubble, you are persuaded, but if you are within it, you are being manipulated.

Itâ€™s quite clear that millions of people are still manipulated, meaning they fall outside the â€œcurrent popular groupâ€ as it were.Â  There is also no doubt that some people are psychologically susceptible to suggestive manipulations, where media and political â€œsuggestionsâ€ include mass violence (assassinations) against the â€œpersuadedâ€ individuals. There is ample evidence of correlation between political statements and street violence in South Africa if such reference is required.

From this it is obvious that the second these masses realized they were not part of the popular group (anymore), they went crazy. But the manipulators including mass media and intelligence agencies as coordinated by the jilted political representatives, exacerbated the natural violent response to unpopularity to such an extent, that crazy information became crazy action.

Itâ€™s almost a perfect storm: the combination of greedy corporations and their political sycophants manipulating liberal masses have created a positive feedback loop that is bound to, and may already have hit critical mass. Their public address loudspeakers are at their limits resulting in a squeaking crescendo that chases away supporters rather that invite them, because it is insane noise.

At this point, the masses are in the process of persuading themselves. This creates circular reasoning, where the group rewards any who express its biases, and then amplify those biases by repeating the information to one another. The more this happens, the more each group withdraws into its own simulation of reality, filtered through its assumptions as if they were truth.

This is the endgame of modern democracy. We have created a pluralistic echo chamber, where each group is diverging rapidly from the rest. This radicalizes them and their competition (“opposition” and “enemies”) at the same time while increasing the speed of the change of events. The information that once controlled people has now made them chaotic and insane.

Our only option for healing this wound is counter-intuitive. The way to encourage these masses is actually to increase their crazy information flow and encourage their crazy actions because it will expose them, meaning break them outside of the bubble of manipulation, and in doing so persuade them that the system of information exchange itself has become broken.

It seems crazy to think such action could work. Then again, what we have now is also crazy, and getting more insane by the day. When the information bubble pops, people will no longer trust any forms of authority or any groups of other people, and will have to rely on gut instinct and immediately observable events and attributes of reality.

At that point, humanity will be closer to its actual nature than it has been for the past century of mass media — newspapers, radio, television, social media — manipulation, and with the fall of the idol of mass information itself, will be immunized to ideology and become weaponized in favor of common sense.