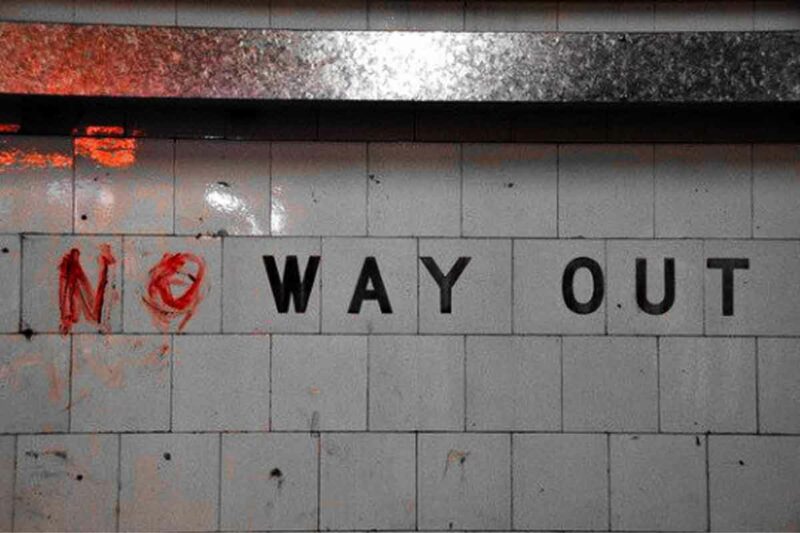 When your society loses its organic culture, nothing remains but commerce and ideology. The ways of living that conveyed people through the centuries are forgotten, as is the framework of understanding the world and our place in it, replaced by the human ego in the individual and the collective.

As a result, nothing of actual importance can be discussed; however, surface drama will be popular since it serves as a distraction from the yawning void comprised of lack of purpose, knowledge, and any bonds deeper than using each other for the sake of individual advancement.

We the Last Men of Late Stage Democracy find ourselves in a wasteland where the ruins consist of things that were once liberating and now are enslaving. An anti-culture formed of diversity, entertainment, and an ideology of the pretense of accepting everyone in order to increase social cachet offers nothing but obligation.

In a way, it is like social media. In theory, you connect with others across the globe, but in reality you are a nothingvoice until you add enough drama to attract attention. In this way, everyone becomes an actor, a politician, and a salesperson. You are there to draw attention to yourself and that forms your burden.

You start from nothing as an equal citizen. The society of workers (basically: techno-peasants) fears criticism of the individual that causes them to lose social rank, so it reduces everyone to nothing and figures that those who are most talented will rise. In reality, you get dominated by narcissistic sociopaths.

Since culture no longer exists and deeper issues are divisive, those who specialize in coming up with clever interpretations of the current trend with their own “unique” (read: random) spin on it draw the most attention to themselves. That most of this is unrealistic, counter-factual, and often schizoid bothers no one.

After all, we are there for the entertainment. User-created content means that we look for entertaining users, just like with media we are drawn to juicy stories full of blood, victimhood, righteousness, and quirky oddball human interest. The profit model rewards the idiosyncratic that seems interesting long enough to get the click.

Lots of people like to blame social media or technology itself. Scapegoats, so trendy right now. But like the primitivists, they miss the point. Loss of social order makes technology into something working against us because it makes everything into an inversion of its purpose and therefore, a parasitic antagonist.

If we look at society at large, we see nothing but influencers. Celebrities, pundits, entertainers, marketers, politicians… all cut from the same cloth, all created by the profit motive made out of our search for drama that distracts us from the void within.

Conservatives Have No Idea What They Are | Neurotic City