One thing which is had in mind when many think about the West is the principle of freedom of discussion. The idea behind this is that by having all options out in the open, the truth can be found. This may be on scientific questions, or it may be on political issues, so that we might discuss who we think the best rulers could be, without having to worry about the current ruler forcing everybody to support him or her.

Yet even if there is no legal proscription of certain ideas, at any time some are more fashionable than others. Everybody wants to be liked and to fit in with the people around them, so just as they are influenced by how others dress, by how they have their hair cut, by how they speak and by what music they listen to, so indeed are people influenced by the political and social beliefs of their peers.

Therefore, how can we identify those ideas which may not be right, in spite of their widespread acceptance? One way is suggested by the following illustration. You are walking with someone you know along a road, when they casually drop some litter. How do you feel about telling them not to be so selfish? Perhaps you think to yourself, “I will just let this go because I don’t want to upset this person or to fall out with them.” And so in general, ideas which criticize people will fade into the background, and ideas which make people look better will come to the fore. 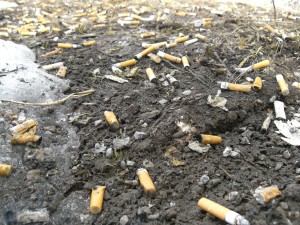 In addition to ordinary interactions among people, there are two large influences on popular narrative: politicians, and companies trying to sell their product. Both reinforce the tendency to have a distorted image of reality. Both want to make themselves look compassionate and non-threatening. Entertainment is designed to make people feel good about themselves; the importance of spectator sports is blown up out of all proportion, and popular discussion is turned towards soap operas and talent shows, glorifying popular heroes who have achieved nothing, but with whom many people can self-identify.

In a world where everybody is a victim or a hero, and nobody is an oppressor or a criminal, nobody is held responsible for anything – not for their own behaviour, nor for curtailing the destructive behaviour of others. Voters are not responsible for who gets into office – in fact voting is called a “civic duty.” Special attention is paid by the media to the so-called “floating voters,” lukewarm idiots who, while admitting they do not understand much of what is at stake, still feel the need to make their voice heard. Democratic elections are like executions by firing squad where one of the executioners is given a blank in their rifle, but no-one knows which one it is. Later one of them may come to believe that it was they who had the blank, because they do not wish to take the responsibility for having killed someone.

This may not be the best outcome, because it is a sense of responsibility that motivates paying attention to problems rather than leaving them to others. On the other hand, inattention gives us a filthy and dangerous world.

The results of class war | A curveball in the recycling debate