In The World Wars, There Were No “Good Guys” 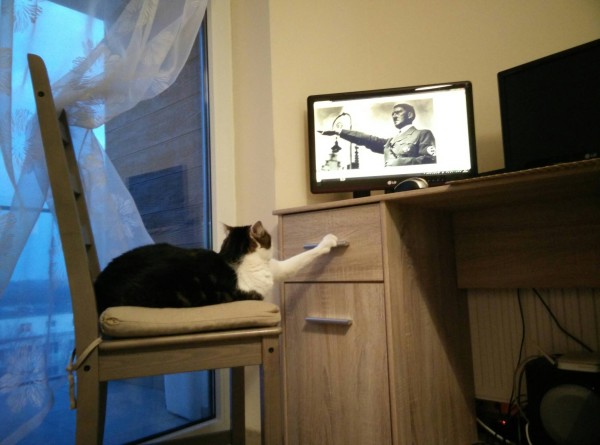 Viewing historical events not as clashes of “sides” as in a football game but as complex interactions of cause and effect achieves a greater clarity than one can have with the “political” view that selects for good guys versus bad guys. The latter view will always be more popular in democracy because of its need to create emotional motion among the masses in order to get anything done.

Looking more closely into these wars, it is easy to see that principles were the essence of the conflict, which imitated the Napoleonic Wars and ensuing disruption of European history through the fallout from the French Revolution. It is also easy to criticize some events, such as genocides, but more important to view those as inevitable consequences of decisions made to mobilize masses. National Socialism, for all of its appearance of being totalitarianism, required the same mass-culture mobilization as the democratic West did, and this required simple symbolism such as attributing all the problems of the world to a race of oily hook-nosed creatures. That in turn set into motion events that compelled the seemingly autonomous leadership to act out policies which helped defeat them.

At the same time, looking into the supposedly “good guys” reveals that the same type of demonization occurred, and resulted in a tacit acceptance of everyday war crimes:

”You didn’t have to go down the street and enroll in some courses at the University of Pennsylvania to know what he meant,” Sheeran explains. ”It was like when an officer would tell you to take a couple of German prisoners back behind the line and for you to ‘hurry back.’ You did what you had to do.”

When seen through this lens, the world war period — since the two wars were continuations of the same conflict, itself arising from the instability brought on by the French Revolution — indicts not one side, but mass culture itself. Wherever groups of people must be emotionally manipulated for political ends, things end badly for humankind.