In Nu-America, The Drunk Tide Should Not Roll

by Jonathan Peter Wilkinson on January 24, 2019 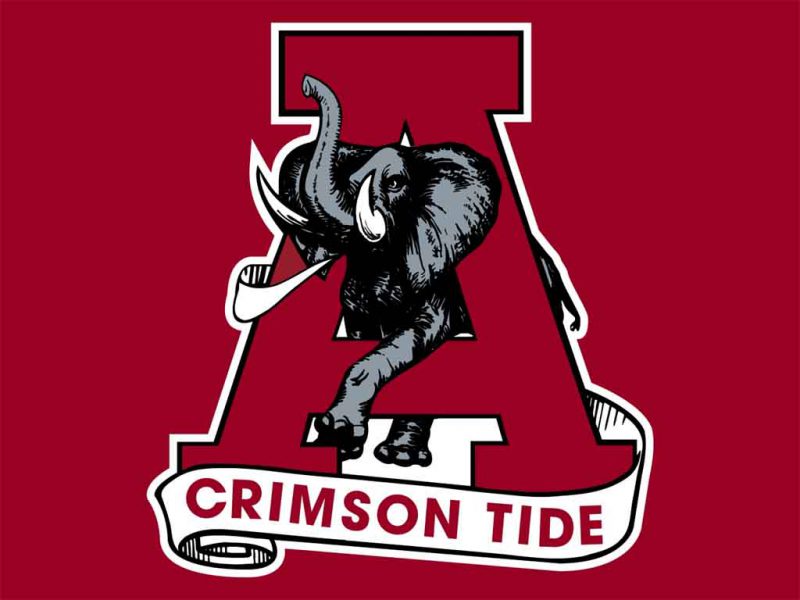 If you don’t play defensive back for The University of Alabama’s professional football program, then it wasn’t like General Sherman came back for some additional urban renewal. Yeah, I know, a hilarious thing happened on the way to the forum, but it was just a dumb football game. One of the dumbest ones that The Drunk Tide has played since Coach Nick Saban ascended to the Emperorship.

Trevor Lawrence passed for 347 yards and three touchdowns and the second-ranked Tigers beat No. 1 Alabama !44-16! on Monday night in the College Football Playoff national championship game.

The jokes about SEC Football abound. They are part of the overhyped yore. Steve Spurrier commented on a fire at the Auburn University Library by lamenting that some of the books that were destroyed hadn’t been successfully colored yet. Coach Nick Saban is the State of Alabama’s most well-compensated employee. After Clemson hung forty-four points on his goofy butt, the people of The Great State of Alabama should demand a refund. Those who prefer their toast well-darkened should give that Alabama Defensive Backfield a second look. If you wonder why I’d say this, or just feel like gloating just a wee bit more, then here’s what U of A put on the tape when the game mattered most.

But all joking aside, The State of Alabama should really demand a refund. They should demand a refund and a launch a criminal investigation. They should do this even after a season where The Tide rolls to the title 100 to 0. And Alabama is hardly the only state that needs to take a look at the ugly, hungover mug in the mirror. Approximately 80% of the states in Amerika pay athletic coaches more than anyone else on their state payrolls.

Estimates of ROI for that investment vary. Paul Kersey’s estimate in Opiate of America: College Football in Black and White is quite negative. He strongly argues that football programs have lowered the standards, initiated racial conflict, and coarsened the cultures of all Amerikan universities that field a major football program. Kersey is only the most recent author to really go after college athletics with hammer and tong.

Beginning in 1987 with the Brilliant Gary Becker, serious economists started caring and recognized that collegiate athletics under the auspices of the NCAA operated as an oligarchical monopsony. They underpaid for their inputs, and then overcharged the TV networks and universities for their product. They thereby stole a nuclear kiloturd of money. A formal definition and theoretical explanation of monopsony can be found here.

The TV networks can go hang. They face a profit/loss reckoning and are acutely aware of just how badly they are getting jobbed by the NCAA. The O’Bannon Brothers’ litigation fest aside, the athletes inspire little more sympathy. They are working an unpaid internship. An internship that is a way more potentially lucrative gig than a graduate teaching assistanceship in a hard science. QB Trevor Lawrence won’t make a short-term dime for that reenactment of Teutoburg Forest that he put on Alabama’s Defense in the CFB Championship Game. However, it is on his resume when some NFL franchise drafts him and then sits across a bargaining table from his agent.

The real malefactors here are the colleges and universities. You see, no university really pays for anything. The taxpayers underwrite their expenses and they therefore have no skin in the game whatsoever. This is where the NCAA Cartel goes beyond murky economic gamesmanship and becomes engaged in leveraging moral hazard. A good, spergy, stonertarian would tell us Nick Saban’s coaching philosophies are worth whatever some wise and venerable university board of visitors will willingly disburse from the coffers. This is all well and good if the university is actually impacted by the cost. Because the university is subsidized by the state legislature, the effective cost to the university is zero.

Yet somewhere the drunk tide has an opportunity cost. Something is foregone so that said drunk tide can roll. Denny Bryant Stadium didn’t just magically build itself. What gets given up exactly? Other than Vanderbilt University, or world-famous Applied Mathematics Department over at Texas Art and Music, can you name an SEC university that has any legitimate claim to being a serious research and educational institution? The highest-tier HBCs such as Howard and Moorehouse probably produce more valid efforts at scholarship than Florida, Georgia, Auburn and LSU combined. With the lamentable exception of Auburn Alumnus Tim Cook; I can’t name anyone from an SEC University running anything complicated or important. This is not a simple vicissitude of fate or ill fortune.

Like Mississippi, Louisiana, and Arkansas, Alabama has some very serious issues with its entire educational structure and intellectual capital. A lot of the South gets stereotyped as being peopled with dumbasses for a sad and unfortunately correct reason. They (we) have misallocated massive amounts of capital in a way that perpetuates rather than solving this societal issue. They’ve chosen stupid wrapped in a pigskin. Stereotypes hurt because of the degree of truth contained therein. Alabama and Auburn could be making a yeoman’s contribution to addressing and solving these issues. They could just be good enough to prevent all the parents with smart kids from sending most of them to Georgia Tech or Duke.

States with football jock schools instead of legitimate universities lose all the smart and energetic young people that could make them better places. They still attract the people you find drunk in the parking lot outside Denny Bryant. In latching on to college football or basketball as a nexus of regional pride, places like Alabama are stifling their own cause. This is especially true if they can’t field a university the athletic teams can feel honored to represent way Duke, UCLA, or Penn State still manage. After the drunk tide ebbs, we just get left with the garbage it leaves on the shore. Perhaps that drunk tide really shouldn’t roll.

Developing Popular Support To Take The Dissident Right To The Next Level | Periscope (January 25, 2019)