In defense of self-interest 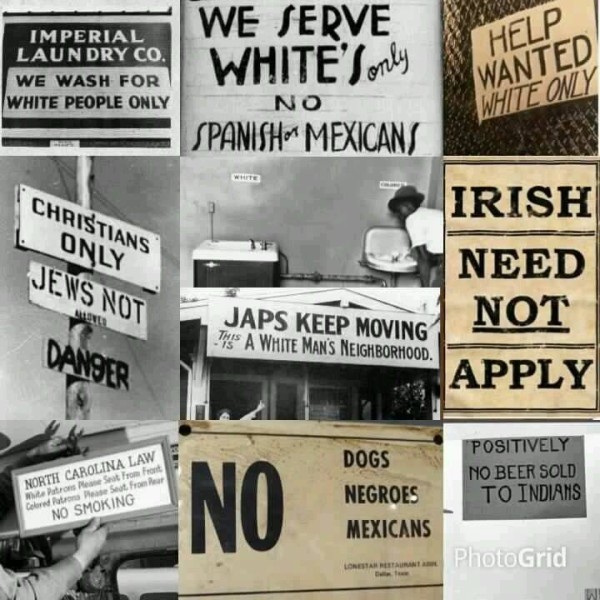 In an egalitarian time, the greatest sin is to withhold from someone else when you have more than they do.

While many people do this all the time, they carefully hide the fact. The most troubling circumstances resemble those in which I found myself yesterday.

At a convenience store, I purchased an item for my companion, and as we set out into the sun, a voice called out. “Sorry to bother you, sir, but I’m just trying to get something to eat…” called the plaintive soul.

Without hesitation, I said, “No.” He didn’t ask for an explanation — too many other marks coming out of the door, fattened on moon pies and Budweiser — but the reasoning is worth sharing.

Self-interest is the only moral course of action.

With self-interest, a direct correspondence occurs between the intent behind any action and its application. There are no proxies; the homeless-looking guy says he’s broke, but maybe not. The charities say the money goes to help people, but maybe not, and there may be secondary consequences. Those who give money are on a practical level chumps funding unknown evils in the name of the “good” whispered in their ear.

Further, Darwin winks at us. I use my money to the best of my judgment. Those who are poor at spending money wisely will end up being poor; those who are good, will rise. This benefits all of us by putting the most competent people both in charge of the money, and in a position to use it.

Next, I disagree with the idea of subsidy in any form. If I have to work, it is theft to allow others to skate by without it when they have need. I will spend my money on my family, and they will spend it on theirs. If an economic downturn comes, I want them starving so they bang on the doors of banks and investment houses and demand a fix. But do not steal from me. Karl Marx was right: time is money. When parasites show up and demand a handout, they are not just taking my money, but part of my irreplaceable life that I now have to work to pay for them, the parasitic bureaucrats who administer to them, and the businesses that crop up to take advantage of the free money handed out by the idiotic (apparently) voters.

There is only one legitimate use for collective income in society: toward things that benefit us all. We all take benefit from an opera, for example, pushing culture upward; we all benefit from roads, a military, courts and police. We do not all see any reward from charity, which takes from the successful and uses it to subsidize the unsuccessful like a crop no one wants to buy. And yet they grow. The more we give, the more of them there are.

This does not mean at all that I believe in Atomized Man, who owes no one a thing but himself. We all owe a debt to participate in society, and that is why we go to jobs and fund things like roads. The most important aspect of this however is the one no one mentions, which is supporting society itself — through labor. It takes work to maintain a culture, values, heritage, standards, customs and social order. These things do not show up on ledgers but they are more important than money. You can make it through a bad time with those, but not a rich time without, as our society is evidence daily.

One final reason exists for taking gleeful delight in self-interest: to do otherwise, to any degree, creates a victimhood mentality. If you give someone money, he must categorize it in his mind as either that he was wronged and is owed, or that he is a parasite. He will choose the former and the people handing out the money — all politeness — will do the same. This creates a mentality that spreads through society like an epidemic: first the poor feel wronged, then the middle class consider themselves victims, then the rich do. The problem is that victimhood is compensatory behavior. When someone feels wronged, they will “take it out” on other parties with the compensatory excuse and rationalization/justification that they were (actually) owed this, and did not receive it, so they are right in taking it. If you want to increase criminal mentation in your population, produce victims.

It is entertaining that our media is quick to defend various murderers and pedophiles with the excuse that they were abused when they were young. And yet, most abusers recreate their abuse trauma, so if possible, we should avoid abuse. Unfortunately for us, the perception of abuse — “I was wronged!” — functions exactly like abuse in the human mind. Handing out free subsidies is creating future abusers. It is immoral for the reasons stated above, as well as impractical, but it is downright suicidal for the reasons stated in this paragraph.

A victimhood mentality makes all of geared toward having non-goals. When they are at a job, and the stated goal is to make widgets, their actual goal becomes to do as little as possible to reclaim what was “stolen” from them. People pad bills, waste time, throw out working materials and otherwise sabotage society at large — which foots the bill through externalized costs — because they feel victimized. This quickly spreads to outright revenge, in which they would rather destroy everything everyone has than let another second go by without their “victimhood” being addressed.

Victim mentality creates a sluggish society. No one works toward task, but they also stop aspiring to anything beyond that theft of time and resources. They stop dreaming and hoping, and go into “resistance mode,” where like suicide bombers they simply hope to take down others with them when they go. They give up working toward anything and merely work against each other. Soon there is a giant mass of monkeys, each trying to rip all of the others off, with anyone who chooses to remain a decent person becoming the target of not just parasitism but outright violent crime. All of this arises from the welfare/socialist psychology.

White people got depressed and started dropping out of society at the point where it grew powerful governments. As the 1800s gave way to the 1900s, governments rose in power in replacement for monarchies and culture, and people became miserable. This occurred because government works through a victimhood Narrative which enables it to create victims, justify/rationalize the expansion of its power on their behalf, and then use that to force everyone else to obey and not notice its gross incompetence. When was the last time we had competent leadership? No one can remember, because it was not in our lifetimes, and in fact ended long before that.

Our current situation has us beset by parasites, most of whom do not intend to be predatory. They grow up in this society, get told they are victims, and then become addicted to the steady flow of benefits and welfare. On the other end, people become accustomed to easy jobs and stealing away whatever time and money they can, including by externalizing cost. Our current immigration crisis, as well as our constant class warfare, arises directly from the victimhood mentality created by our handouts because government wanted to be more powerful, and the voters approved it.

Self-interest includes that which benefits everyone, not just in the world of money and government, but things like the environment, natural species, clean air and preservation of culture and race. Without self-interest, those things are assumed to be someone else’s problem, and people work against them because they see any other costs as taking from what they are “owed.” Our society became hateful when we turned out back on these shared things for an endless cycle of finding pitiable peasants and trying to “lift them up” by giving them money, then finding out — it must be magic — that in the next generation there were more of them.

White people went into decline when we got into the government/welfare loop. Like bacteria or mosquitoes, our dependents multiply and drain us of energy. Soon good people stop caring, stop trying to get anything right, and finally stop reproducing and being moral. That is the condition white people were in by the time 1968 rolled around, like weakened patients watching helplessly as the host attaches. The parasite has sucked us dry and the only way to keep it at bay is to hold up the principle of self-interest rigorously in every area of life, all the time.

Validate me | When warriors become meek