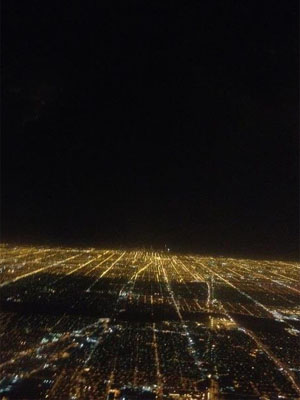 Fiction succeeds because it allows us to, through observing others, make decisions about how we would behave in similar circumstances.

We do the same thing every day when we “people watch,” which is one of life’s great hobbies. It would take a billion writers to be as creative as creative as the population of even a small town, because people come by their wide variety of behaviors honestly. They do what seems logical to them.

Of course, what’s “logical” exists both in an abstract (2+2=4) that really doesn’t exist anywhere, and in our varied minds. Our ability to perceive changes the answers we can accept. For this reason, universal logic does not exist in a human sense. Logic is as individual as our abilities are varied.

That does not mean all of these logics are correct. They are valid, the liberal argues, but that is really a social judgment. The raging ego decides it wants nothing to come before it, so it rounds up a crowd to create a self-reinforcing vision of reality. That works for awhile, and then the civilization collapses.

In the meantime, it is interesting to watch people display their logic and to then extrapolate the consequences of that logic over time.

Today I saw a man driving. First, he got in the left lane of a two-lane road. He spat out the window as he went around a slow turn. When traffic picked up, he decided he needed to be in the right lane, so he cut in front of another car. Every car behind him in line had to stand on its brakes. At that point, he parked in a shopping center. As he got out of the car, he batted a large pile of wadded-up fast food bags out the door, onto the concrete.

Two people conversing about this man might use the phrase impulse control to describe him. He did not make decisions; he saw situations, and reacted. His thoughts involved himself only and the immediate only. Then again, that is all this society calls on him to do.

A society composed of people like this man would be a third world ruin (he was Caucasian, for the record). With no one thinking of anything but themselves in the moment, long-term plans like architecture, hygiene, political and legal systems, and even an end to corruption would be impossible.

Since I don’t want to live in a third-world society — do you? if you do, move — I would penalize this man. The penalty would be as devious as it is illustrative. I would have a wise observer follow him around for a week to see if this man ever did any act but a selfish one. He wouldn’t, of course.

There would be exceptions, as there are plenty of false “unselfish” acts. It is almost guaranteed that he would engage in the following:

None of these however are selfless acts, or even unselfish ones, which are different than selfless. One can be unselfish and be selfish too; one’s action however is not limited to selfish goals, but includes self-benefit along with benefit to others, nature, the idea of justice, etc.

There are many people like this impulse control man in our society. Their goal is to make themselves accepted. When that happens, they will hold others hostage with the constant threat of uprising. A third world society will replace a first world one, but no one alert will remain to notice.