If Diversity Is Our Strength, God Spare Us From Our Weaknesses 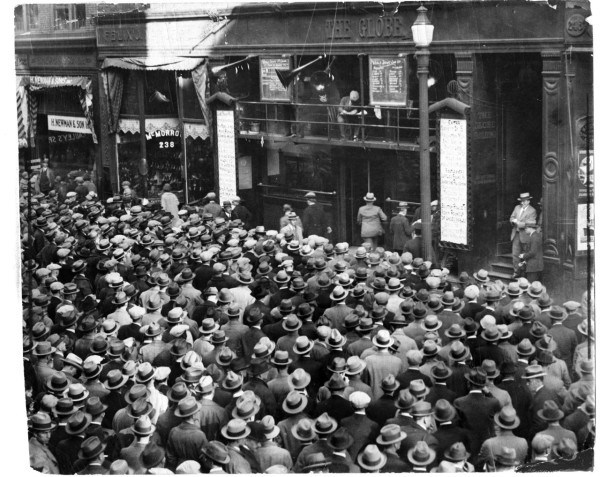 Amerika, meet your Great Society. See your glorious Civil Rights revolution in full and fructuous bloom. You see Birmingham, AL has a serious economic problem. No, itâ€™s not that Jefferson Countyâ€™s municipal bond rating is still a bloated corpse floating in a sewage collection pond. Nor is it the fact that pensioners in Pritchard, AL will now have to dumpster dive for their meals. Itâ€™s worse, Ladies and Germs. Birmingham has begun to gentrify, and much of this gentry is of The Caucasian Persuasion. We get to watch glorious diversity and trans-racial harmony in beautiful harmony at a recent Birmingham, AL City Council meeting.

And now, like an HIV victim with hideous skin lesions, the hatred, venom and loathing directed to these White interlopers is too obvious to hide. Now that the Leftist rent-a-mob isnâ€™t doing what the rich white liberals want it to do, now the tossers at AL.Com notice. They are shocked to learn that gambling is happening in this establishment. The racehorse gallops far afield, but AL.Com will slam that barn door with a vehemence. Hereâ€™s what they think about African-Amerikan hatred when it gets directed at the SWPL Tribe of the Caucasoid Sub-Genus.

But I’ve seen nothing quite like the events in Birmingham City Hall this week. Nothing that reached into my heart to snatch the shreds of hope that hide there. Nothing that took my words, and left me with only sadness. For my city. For my species. I barely know what to say. Or how to say it.

This was an invaluable opportunity for the deracinated tosser to shut his pie hole rather than wave his fundamental ignorance of the world about in public, but no. As a dog returneth to its vomit; so Al.Com takes to the Internet.

It was the sign of a divide so deep and wide I do not know if it can be crossed. It was at times so slanderous and inflammatory I hesitate to repeat it. A man called the governor a “ho monger” and demanded that Mayor William Bell apologize for having people shot. And he got applause. Resident after resident stood to complain â€“ loudly. Not so much about the rift between the mayor and council. Not much about the failure of schools to give Birmingham students an adequate shot at success in the wide world. Not about increasing violence and crime in a city that is historically high in those things. The complaint was about white people. That development in the city put Birmingham in danger of drawing more of them.

So like Kevin D. Williamson, the populace of Birmingham demands extirpation of the pale-face. Like The NRO Racist Mixed-Race Writer-In-Residence, they canâ€™t see white without seeing Saruman the White. This is hatred that has been entrained into their very being. And still, despite this pustule-eruption of vile eliminationist rhetoric, their enablers still push the dope of racial blame-chucking and projection.

Regardless of the rhetoric, their fear is entirely rational. It is up to Birmingham to prove them wrong. Where the city invests in redevelopment, it must also explore ways to control rent levels for current residents. For those who are forced to move to less expensive areas, the city must drastically improve public transportation to ensure that the new amenities can be enjoyed by everyone. Gentrification and development are currently synonyms, but they don’t have to be.

So why must government do these things? Does King Librawl believe that African-Amerikans are too stupid to handle their own business? Iâ€™m sure glad that I donâ€™t walk around being that much of a condescending racial bigot. That argument could be waged. The Tragic City: Birmingham 1963-2013The data certainly exists to wage it ferociously. But to what end?
I donâ€™t blame the current, sorry state of Birmingham on the average struggling African-Amerikan consigned there. It would be just as evil, racist and despicable as making fun of the struggling, Scots-Irish peasantry rotting away in Appalachia. I blame Amerika for this. I blame the cowardice of the Alabama State Legislature in failing to uphold standards in our childrenâ€™s schools. I blame the death of Freedom of Association from the so-called Civil Rights Movement. I blame Lyndon Baines Johnsonâ€™s immoral welfare system and lament that weaponized diversity strikes down potential great Americans of all racial backgrounds.
Just imagine how much better a place Birmingham would become if African-Americans listened to the wisdom of Malcolm X instead of Al Sharpton or Jesse Jackson. If they read the words of Malcom X, they would be far better off as a people and as a city than if they read Al.Comâ€™s sophists as their lips moved to sound out all the big words. African Amerikans would be so much better off as African Americans who could handle their own. They could have made Birmingham their shining Paris of Alabama.
But no, Amerikaâ€™s ruin spreads across cities, across towns and across races. Those of us still able to see need to ask the rest a simple question. â€œHad enough?â€ If they havenâ€™t, the tribal warfare now rampant in Birmingham, AL will only end with the peace of the grave.

“Demography is Destiny”: Ann Coulter Shares The Secret of Empires | How To Make Triacetone Triperoxide (TATP)