Identity Construction in the 21st Century, Or: This is Why The Herd Wants Stalinism 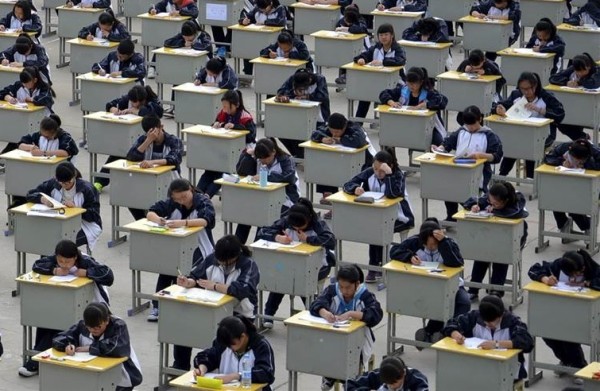 Identity is a strange thing. It can mean different things at different times, and each man has many different identities, each stemming form a different role or stimulus. To quote the Bard â€œall the world’s a stage, and all the men and women merely players; they have their exits and their entrances, and one man in his time plays many parts.â€

Identity is something told to a child, and assumed naturally by the same as they grow; your name, your parents names, your sex, and later, the standards that your parents hold you to. As you grow, your identity may be defined a little further into your race, class, what things you like and donâ€™t like, what you excel at and that at which you are poor. Moral instruction turns into habits of thought into routine, then virtue.

Vices, if unrestrained, can come to twist their way into oneâ€™s identity. A thousand years ago, local culture, language, religion, would all be taken for granted, and absorbed by the individual unconsciously. Oneâ€™s range of acceptable personas narrowed, even among personalities or identities that might be considered rebellious, or strange. Identity framed you, even if you rebelled against it, it still framed those rebellions. Walls are erected within the psyche; through the narrow canyons and valleys those walls create, one can channel new individuality.

Or at least that was the paradigm in this country and in every land on earth until relatively recently. Beginning in the era of mass media, the intergenerational conveyance of identity could no longer be taken for granted. Mother, father, church, culture, and so on, conveyed identity through a process as old as time. Suddenly those rituals, stories, anecdotes, symbolism- began to have to compete with a rival. Mass media brought its own powerful symbolism, its own new ideologies, its own language, idea-frame and narrative.

The widespread availability of books, along with a literate populace, was the Westâ€™s first encounter with the warping effect of mass media. Identity began to be constructed during this period of the Enlightenment, and its spawn were strange ideas- that man was reasonable, and could be constructed. Americans could be made, not born. Rational laws could be agreed to, regardless of cultural baseline.

The nineteenth century brought more of this. Strange figures, entirely self constructed, began to appear, like the bizarre Henry Mortan Stanley and Joshua Abraham Norton. America, then as now, led the charge into the free-radicalization of identity. The anonymity of the city helped this by narrowing identity to who you are, right now, with the past forgotten. New religions formed. A man could become someone completely new; a new name, a new career, new wife, new loyalties. In many ways, this era was a spiritual presaging of leftism and its blank slate ideology. A man was a piece of paper, to be written on as its owner saw fit.

In the 20th century, identity was continuously dislocated further and further from its traditional transmission vehicles. The spiritualism of the 19th century gave way to wholesale interest in Eastern religions, Satanism, and free form buffet spirituality. Gurus proliferated- this was the era of Frithof Schuon and Gurdjieff, the Thule Society and Grail Movement. Youth culture was formed, explicitly making its mission the dialectic of identity. Individualism, through all this, transformed itself into an unsettling cult which elevated personal autonomy above all else.

The dialectic of identity was not chaos, however. These things rarely are.

Instead, the advent of explicitly identity-forming narratives emerged directly from those elements in control of the mass media, which were overwhelmingly left-wing. Individualism is not an essential element of leftism, nor is it a primary Semitic value, and so this push can be seen clearly for what it was; a step down the path of leftism, with its comforting lies, and a further chess move in pursuit of the parasitic evolutionary survival strategy of our new false elites. So, the hyper individualism and identity-forming dialectic of the 20th century came to be a reflection of the uniquely multicultural perspective at its source; people were atomized, to become â€œrootless cosmopolitans.â€ Beneath the illusion of identity crafting, there was a default floor laiud, a narrative of acceptable personas and anti-personas to arrive upon.

With the advent of the internet, the process has both accelerated and reversed in interesting ways. The old methods of cultural transmission have been delivered a coup de grace- even the children of faithful evangelical Christians in the American heartland can see their son invent a strange transsexual identity just by internet echo-chambering (see Joshua Alcorn). Yet, on the other hand, the dialectic has turned so hard to the left that it is pushing people into identities they previously would not contemplate. When Chthulu swims leftward, he leaves a big wake.

The bad part about the destruction of traditional identity conveyance is Tumblr and the like. Identity can now be completely constructed, leading people to believe that they are the opposite gender, related to unicorns or secretly inanimate objects, among other mentally ill behaviors.

However, if you are white, the old days of blithely falling into the deracinated narrative are over. The narrative has advanced to a sufficient point where the powers that be are directly and openly anti-European. This leaves the de-racinated, identity-fee new subject with a basically emotional choice; either internalize the narrative, and continue down the path of identity construction ashamed of oneâ€™s whiteness, absorbing the negativity. Or, alternately, the narrative can germinate a rebellion.

This is where the internet and its varieties of Tumblr like echo chambers is beginning to be turned against the Cathedral , and it frightens them. The alternative right is the new home of those who have leapt or fallen off of the Cathedralâ€™s persona conveyor belt. The internet allows the new man or woman to learn about his or her history, race, spirituality, heroic ideals and true history. Once even a piece of the narrative is rejected, the rest falls easily, like a dyke admitting water. Tumblr can become Nazi Tumblr pretty quickly. SJW Twitter serves the same purpose as reactionary Twitter. Those who react viscerally to the narrative, who simply cannot swallow the anti-Traditional narrative and spit it out, now have a place to go. And new identities can form.

I believe that 90% of politics is emotional. Those of us who have an aristocratic spirit or just a very conservative nature, and who cannot bear to swallow anti-Traditionalism find the real right, eventually. When these people find us, they often describe feeling sane that they have found other people who feel the way they do. They get more confident. Things fall into place for them; the damage that the narrative does the Aryan soul begins to be repaired. Antibodies are generated; the pathogen begins to die. I myself have experienced this.

What we are witnessing is the early stages of the birth of an alternately constructed counter-identity. It was only made possible by the sheer audacity of the narrative, and the Cathedral knows this. It also knows it cannot put the genie back in the bottle. Welcome to the reactosphere; we arenâ€™t going anywhere.

Which brings me to my final point: Stalinism. The footsoldiers of the Cathedral realize that this identity-pathway cannot be abolished; to do so would mean changing the narrative or destroying the internet as a common medium, neither of which is possible at this point. So the Cathedral response is the desperation move that all leftist movements eventually succumb to: they censor. They know that a crack has opened, and that water is pouring through, which is why the cries about hate speech, trigger warnings, and demands for firings are growing louder and louder. A wise reactionary should expect that some level of censorship will be the inevitable result, even if it is informal, such as being eliminated from search engine options. We must, of course, plan accordingly.

The cause of rising inequality is liberalism | Exhuming McCarthy