I Survived 70 Years Of Liberal Democracy, And All I Got Was This T-Shirt 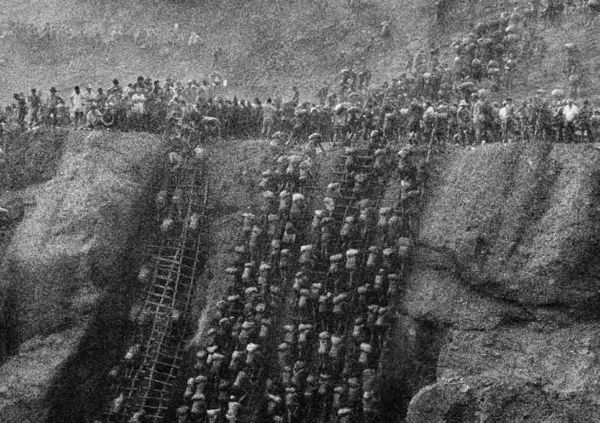 The following is a monologue delivered by a friend of mine. He is now in his mid-70s, and a pipe smoker — usually a sign of a good egg — who has retired to the countryside after a successful career at a professional level. I have presented it as faithfully as I can recall it, with gratuitous obscenities edited out because of their marginal utility of expression.

I was born in mid-1940, at a time when everyone knew we were going to war but no one knew when. This explains in part why my parents were so nervous and tried to keep me from seeing the world. Because of that, however, I was the most curious kid you could ever imagine.

I have now survived over 70 years of liberal democracy, if that is what you insist on calling it. To us it was just more of the government in our lives. When I came awake into life at about five years of age, the war was ending and life in America was still pretty good.

You could move somewhere, set up a farm, trade with others, and get yourself going. You did not have the property taxes, local taxes, income taxes and stuff that you have now. There was much less paperwork, if any. Half of the country could not read or barely could but it did not affect them at all. Being able to do basic sums and understand proportion was always more important anyway, and having some mechanical skills so you could fix things.

Doctors were not cheap but not expensive like they are now, and they could not do any miracle work so you were either there for a quick fix, or basically doomed. That sounds bad but it meant that people did not linger on for years, or live with lost hopes. You just got on with life if you could and if not, you died at a natural time. It was also cleaner. Doctors could refuse to treat any patient, and hospitals could turn away people if they needed to, so the bums, crazy people and other races had to go find their own doctors. Now I can’t believe what the cost is for even just an office visit. People wouldn’t have put up with that back then.

America was the type of place the kids would call “fascist” now. Any business could turn a person away for any reason. If the community didn’t like that, business folded and we all got on with life. If someone who looked weird or homeless — we called them bums then — showed up, the sheriff would pick him up and drive him to the edge of town. We did not see many police. They protected the good people. They walked beats around the middle class neighborhoods and business areas.

In poor areas or places where shady business went on, the cops mostly just ignored it. They could do that because if a person decided to engage in shady business, it was on him. He faced the consequences of having done something wrong. In the same way, poor people were viewed as people who just did not have their act together. The cops figured that those who contributed nothing and caused lots of problems should be responsible for their own safety. There was a lot less real poverty then. Good people fell on hard times, and then got out. Bad people tended to self-destruct. If they left their shady areas and threatened good people, they got arrested and sent to prisons which were like concentration camps, where they had to work all day. No shady person wanted that.

There has been a lot said about the plight of Negroes. The fact was that Negroes had it pretty good but they had to make it on their own. The cops left them alone in their neighborhoods, and white people hired the nice ones to work in our shops and factories. The black community had its own stores, doctors, lawyers, and banks. There was a thriving black middle class of people who owned these.

Now, white people kept to themselves. My grandmother raised us to always be kind to everybody, but to realize that there were differences between people. Poor people were probably not as smart as us, and more likely to steal. Niggies (that was her term for Negroes) could be really nice people, but if you did not know one, be careful because they are closer to gorillas and might act like them, getting violent on the spur of the moment. White women stayed away from these. Indies (to her, anyone brown and not Negro was an Indian) were simple people who could be really competent but were prone to cheat. The Orientals (Asians) were like that too but better off. They just cheated on their taxes or put a thumb on the scale. She saw Jews as a type of Oriental. Our kind of people did not associate with these not because we hated them, but because we kept to our own just like those groups did.

One big difference between then and now was education. Not many had it and so businesses did not rely on it so much for jobs. They looked at the candidate and his abilities, and if it looked like he could do the work, they hired him and gave it a try. People got fired a lot more back then which was good because it cleared the decks for those who could do the work. There was less paperwork, and lawsuits almost unheard of, so business could take a chance on a worker knowing he would not vest for his pension until a certain number of years on the job. It was easier to get a new job if you needed one and if you were good, employers tried to keep you around.

I don’t buy into those “the old days were paradise” people. It was a harder time. People had a lot less. But they had a lot more time, and because it was a harder time, idiots were kicked to the curb a lot more frequently. People did not wait in lines and fill out paperwork as much, and there were not so many laws and lawsuits that you could not speak your mind or do what needed to be done. If you did the right things, like have some form of career and live morally, you would do just fine. You didn’t have as many gadgets and doodads and children had fewer toys, but we never noticed any sense of deprivation. Life was good and relaxing once you got on top of it.

As is obvious by my age, I do not have many years left. Naturally that is a bit scary, but I have come to believe in infinite life and a God who does the best for us. It was easier to believe in Him in the old days, although it took me personally many years to do so, because life had an order and our towns and cities did too. If you did good, good things came to you. There was a beauty in life, not this oddball “utilitarian” style of living. People were not always focused on the bad and what they were afraid of.

If you ask me for solutions now, I can only give you the wisdom that time has taught me, against my own arrogance and resistance: keep it simple. Do not interfere with mother nature. Some people will do good, and the rest are going to reap what they sewed, both from nature and God. Let God handle what is His and this is one area where only He can judge, and He does. We can do without all these laws, and should go back to what our Founding Fathers came up with. Just abolish everything since. Get rid of FDR’s programs, because they have not stopped the recessions. Build community and send children like I was to church so that fifty years later, it will all make sense to them.