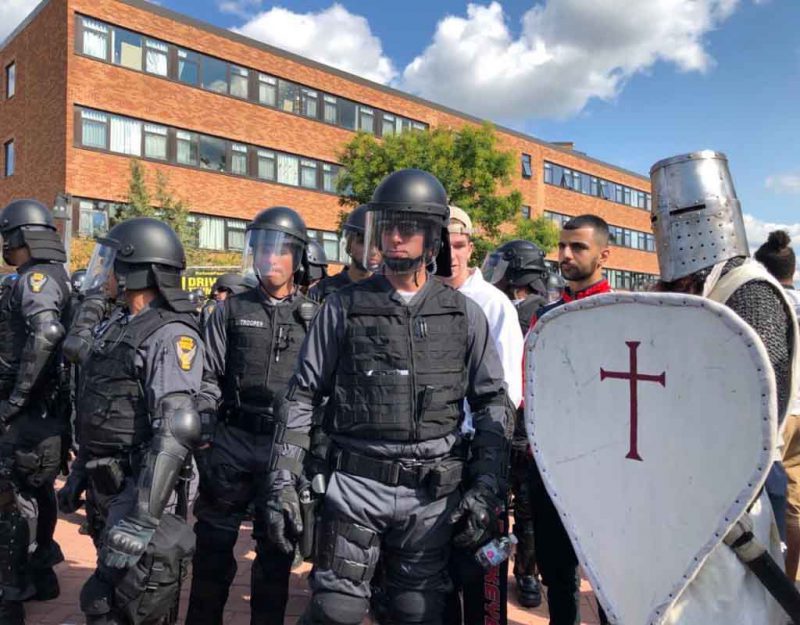 The original Hundred Year War began at the hands of the English, was ended by the French, and despite enormous loss of life in France, shaped the identities in both countries. But the interesting part is that despite losing, the English Crown continued to claim a right to the French Crown afterwards.

Tradition dates it from 1337 to 1453, but in many ways it is more helpful to view this longest of European wars as one phase of an even longer struggle between England and France, stretching perhaps from the Norman Conquest of 1066 until the 1904 Entente Cordiale [a series of agreements signed between Great Britain and France that marked the end of hundreds of years of intermittent conflict between the two states.]

The final agreement between England and France was barely signed when WW1 broke out, a war America entered under the banner of spreading “democracy,” thereby dovetailing the progressive era of Western Society. The impact of this is only slowly realized (now) a hundred years after the fact. It appears that humans do tend to take a long time to “discover” things, such as the The Hundred-year Conflict between Global Conservation and Native Peoples.

First we were dispossessed in the name of kings and emperors, later in the name of state development, and now in the name of conservation.
— Indigenous delegates to the Fifth World Parks Congress, Durban, South Africa, 2003

Conservation became Climate Change™ (of course) so this conflict will accelerate while Nature itself gets to be sidelined using genderized pidgin language obfuscation for the next hundred years.

But as if that is not enough of a distraction the looming 100 year conflict between China and America should grab your attention. However, if you would like to be dominated by Chinese Hegemony for 400 years continue as is.

Similar developments happened at a much smaller scale in South Africa the current day Xhosa tribe leading the country already had a 100 year Frontier War with Cape colonists from mostly Netherlands and Britain .

But as the English (again) poured into South Africa, the earlier settlers left in protest unsurprisingly leading 100 years later, to the ill-fated Anglo Boer War of 1899-1902. (They called it the “South African War” but South Africa was only declared in 1910). As was seen in the original 100 year war with France, the English cruelty and vindictiveness new no bounds in killing roughly 20% Women and Children.

But the English lost again in a second 100 year effort to the Xhosa tribe, now re-configured as the African National Congress. This Empire failure was compounded when the English lost another 99 year Colonial “lease” that would run out with China, but as we have seen above, China has its own 100 year plan.

The 21st Century started with a Y2K computer scare but already there are contenders for Whose Century is the 21st Century? This article suggests multipolar anarchy, but the question (not addressed) is why could it not be a multipolar stable world?

However, the most important contender for the 21st Century was ignored and it is none other than African Renaissance as pronounced by the same Xhosa Regime in South Africa. They have been successful for two 100 year periods. Do we dare to ignore the Most Important Graph in the World?