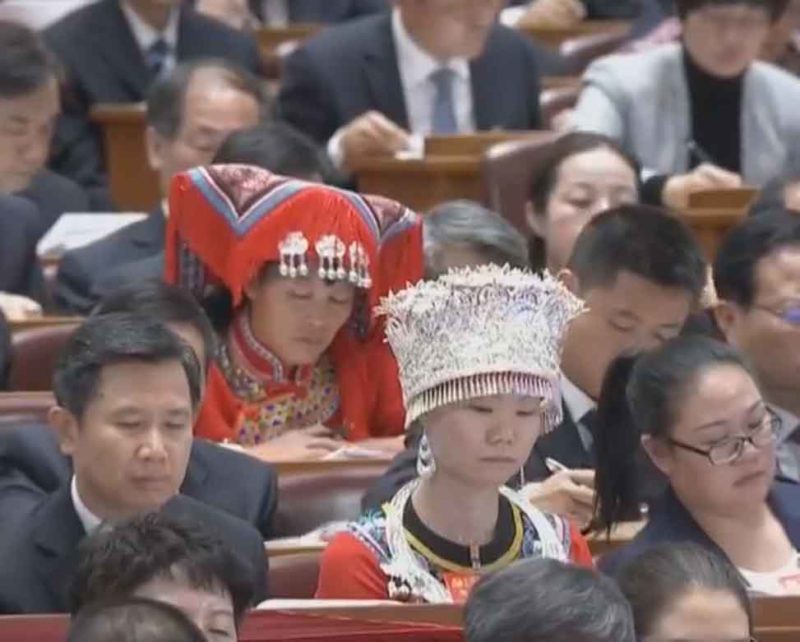 While the world slumbered, Donald Trump just won his budget battle. Only weeks after his tax plan passed, the reason for that tax plan reared its ugly head: China controls our economy because we depend on them to buy our debt.

Witness the carnage of having your economy be controlled by a foreign power:

China added to bond investorsâ€™ jitters on Wednesday as traders braced for what they feared could be the end of a three-decade bull market.

…China holds the worldâ€™s largest foreign-exchange reserves, at $3.1 trillion, and regularly assesses its strategy for investing them.

…A top Treasury official signaled confidence in the U.S. government debt market, which at $14.5 trillion is the worldâ€™s largest.

…The U.S. is scheduled to reopen $20 billion of 10-year debt Wednesday, followed by $12 billion of 30-year bonds Thursday. Germany sold 4.03 billion euros of 0.5 percent 10-year bonds Wednesday with syndications in Italy and Portugal to follow.

In other words, the entire Western world is selling its government debt — financing for entitlements programs, for the most part — on the open market, and since the Chinese have been buying it for several decades, they are now the customer upon whom we depend. They could not have more control over us if they ran their own candidates for the Senate.

What happened was instructive. On the heels of the Trump tax plan, the American economy rebounded, only to fall on the news that the Chinese might not buy as much of our debt paper.

This shows us the reason for Trump’s tax cuts: until we get our spending in line, we will be controlled by foreign powers, and if we go for the tax-and-spend agenda of the Obama-Clinton gang, we will sabotage our economy and benefit those who hold our debt.

Unlike the ideological presidents, Trump is treating America like a business, so he engaged in the classic budget strategy: first figure out how much money we can spend without running into trouble, and next, trim down our expenditures to match.

As with most businesses, the programs that are closest to the axe are those without which the country can continue to run. If welfare, socialized medicine, government benefits, disability, and other entitlements vanish tomorrow, America will keep on trucking. If anything else — like the military — goes away, we will be in trouble.

The Trump plan is to get rid of those entitlements, which are basically bribes for Leftist voters that also attract mass immigration from the third world, and instead create a government which, by paying off its debt, is independent from China, with whom it has a “frenemy” relationship as primary trade partner and adversary.

Whether it was “4D chess” or not, Trump has been ahead of everyone else, and now it shines through as China uses the power it has left to manipulate us, while Trump tries to move us out of that zone of manipulation. The Left insists that we need our Great Society/Fair Deal programs, but in fact they have made us slaves to those who would destroy us.

The Risk of Simplification | Why Things Are Looking Up