How tools become symbols of fear

That is power: the strength and power of flesh. What is steel compared to the hand that wields it? Look at the strength of your body, the desire in your heart. – John Milius, film director 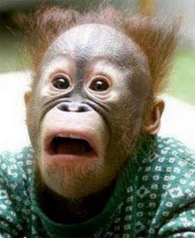 Animals sometimes fear objects they do not understand. I’m often reminded of cats freaking out when the vacuum cleaner is switched on or a squirrel in the road not knowing which way to run when a car slowly approaches.

The same goes for irrationally timid people around firearms and still others in front of a computer keyboard afraid if they peck the wrong key, something is going to go badly wrong.

But because of their complexity and scale, certain information systems affect many people and their fear is greatly amplified. It doesn’t help matters any when it is known that some ominous creation in the control of faceless others monitors parts of what we thought were our own private lives.

Confounding our worries is all the partisanship of our democratic political world, where those in power controlling big scary tools become rhetorical targets of their foes and the audience is ourselves, the public.

Analysis Center (NSAC) maintains a hodgepodge of data sets packed with more than 1.5 billion government and private-sector records about citizens and foreigners, the documents show, bringing the government closer than ever to implementing the â€œTotal Information Awarenessâ€ system first dreamed up by the Pentagon in the days following the Sept. 11 attacks. Such a system, if successful, would correlate data from scores of different sources to automatically identify terrorists and other threats before they could strike. The FBI is seeking to quadruple the known staff of the program. But the proposal has long been criticized by privacy groups as ineffective and invasive. Critics say the new documents show that the government is proceeding with the plan in private, and without sufficient oversight.

Like a sturdy hammer or sharp blade, many tools can be used for constructive or destructive purposes. This is also true for information systems.

But, like the famous Riddle of Steel, what matters is not the object itself, but the hearts and minds putting such tools to use.

Conventional criminal cases have also benefited. In a 2004 case against a telemarketing company called Gecko Communications, NSAC used its batch-searching capability to provide prosecutors with detailed information on 192,000 alleged victims of a credit scam. The feds suspected that Gecko had promised to help the victims improve their credit scores, and then failed to produce results. NSAC automatically analyzed the victimsâ€™ credit records to prove their scores hadnâ€™t improved, a task that took two days instead of the four-and-a-half years that the U.S. Attorneyâ€™s Office had expected to sink into the job. In December 2006, the owners and seven office managers at the company were sentenced to prison.

In the foregoing example, the scary tool wasn’t used to bash or slash us. It was put to use to protect thousands of consumers from one of the many commercial predators in our midst.

The hearts and minds behind the powerful information system object were true to us this time around. Let’s look at more examples of the results of tool useage.

— Last week authorities raided several New York City properties in connection with the arrest of Najibullah Zazi, a legal immigrant from Afghanistan living in Denver who authorities said Friday is believed to have been plotting an attack on the New York City subway system on Sept. 11 similar to the 2004 attacks in Madrid.

— On Thursday a Jordanian named Hosam Maher Husein Smadi, 19, was arrested in Dallas after he parked a car he believed to be loaded with explosives, but were in actuality fakes supplied to him by an undercover FBI operative, in front of a downtown Dallas skyscraper.

— Michael Finton, who also goes by the name of Talib Islam, was arrested in Illinois on Wednesday for allegedly plotting to blow up a federal building, an act which led him to being charged with attempted murder of federal employees and attempting to detonate a weapon of mass destruction.

Now for the other side:

“Total Information Awareness” may be the closest thing to a true “Big Brother” program that has ever been seriously contemplated in the United States. TIA is based on a vision of pulling together as much information as possible about as many people as possible into an “ultra-large-scale” database, making that information available to government officials, and sorting through it to try to identify terrorists. 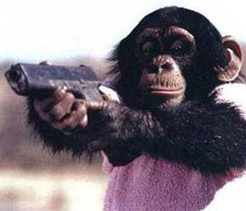 Abuse of power, taking the form of tools in the hands of those in charge is always a concern. But, it is a poor form of argument to contend that because the powerful have a potentially dangerous object at hand, destruction is imminent.

During the Cold War, both the free world and those behind the Iron Curtain wielded the means for mass destruction. Nonetheless, the Soviets, scary and unstable at times as they were, did not choose to annihilate its feared opponent, the capitalist West.

The lessons here are manifold:

1. Our opinions can be swayed based not on actual deeds, but on the mere image of the powerful in possession of scary tools.

2. The powerful having such tools at hand does not indicate that our own destruction is imminent. The opposite may be the case.

3. Contenders for power, money, or popularity may use the fear tactics of scary objects carried by those in charge to manipulate us all.

4. Because power changes hands in a sharply divided liberal democracy, the stakes are higher and thus cautioned vigiliance is nonetheless within the bounds of reason when the powerful wield objects having great potential.

Witless crowd empowers its own devils | Welcome to Oligarchy