by Jonathan Peter Wilkinson on September 11, 2020 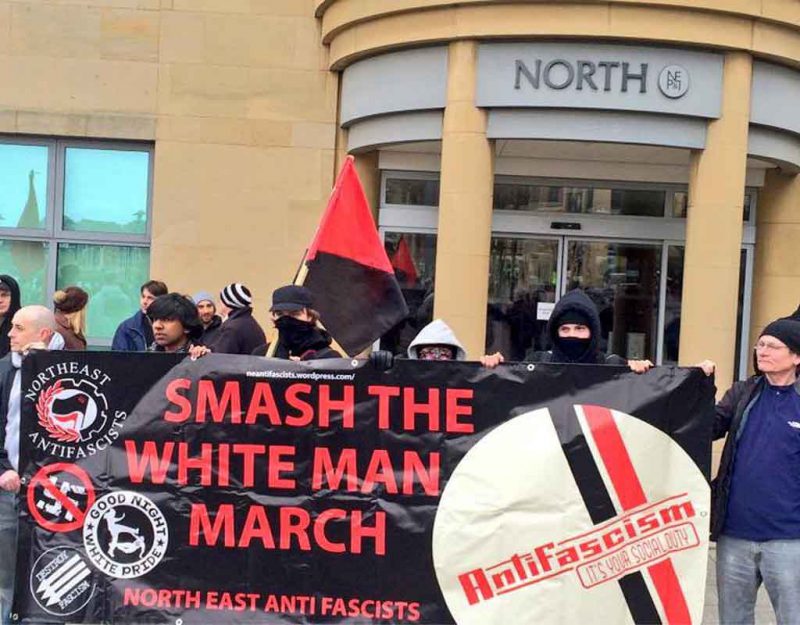 I’ve come up with a reason both brilliant and profound to prevent another 9/11. I’m sick up to here of hearing all about the first one. In the interest of not giving either (((Max Boot))) or (((Bill Kristol))) another reason to bloviate and receive undeserved attention or remuneration, and athwart the imposition of another USA Patriot Act contra the 13th Amendment, I offer you JPW’s 5-point plan to 9/11-proof Amerika.

1) Start with the mirror. Step one to unfornicating a fornicated situation is to heal thyself. As a somewhat accomplished mathematical professional, I feel fairly confident in the following hypothesis: The Propensity for creepy foreigners to commit seppuku by flying large planes into your biggest buildings is strongly and positively correlated to the propensity for you and your countrymen to act like farging ice-holes.

A sad and fundamental truth of life is that nobody likes a cheese-dick. If you acquire useless junk, talk arrogant smack, accomplish very little beyond pointless consumption, push a culture on others consisting of hyper-sexualized slores and butt-pirates, and then self-anoint as a patriotic hero of “The World’s Indispensable Nation,” then others will tend to recoil in disgust. Then they will grow both angry and contemptuous. If you press them, they will push back hard. If they’ve read their Plato, they will give you whatever is condign.

Agglomerate and encourage this behavior in a large enough demotic mob, and you become the world’s biggest masshole. If the humble grave worm inspires more sympathy than you and your baying mob of fellow citizens, it will be that grave worm, rather than you, that the rest of the world wants to see eat. Bad people make the rest of us want to shut them down and humble them. When it comes to humbling an arrogant lout, terrorism works like hell.

2) Grow a positive culture. When a nation’s culture consists of MTV, ESJWPN, and revolting Dog’s Breakfast of celebrity harlots and soy bois, your nation will stink like any badly befouled EPA Superfund Site. When your children’s programming on Netflix resembles the sort of thing that gives pizza an unsavory name, and gets the average adult investigated by the FBI, then traditional cultures around the world will see both your land and your people. That image will fill them with the urge to defecate. Your national reputation will be synonymous with Biblical Nineveh when Jonah was sent there to preach and reform.

Growing the positive starts with rejection of the negative. Americans are already making excellent progress on some of this task.

Overall, the number of people who have a favorable view of the sports industry has plummeted from plus twenty last year to minus ten this year, a fall of 30 percentage points. While it is probably not a surprise that the numbers fell the most among respondents who identified as Republicans, it also bottomed out among independents. Those who called themselves Republicans went from plus eleven last year to minus 35 in the latest survey. That is a massive drop of 46 points. However, independents also fell out of love with sports going from plus 26 last year to minus ten. That is a 36-point drop.

Growing positivity requires the instantiation of growth poles. This involves the mutual association amongst those of us seeking the positive. This occurs through some sort of mutually fulfilling and enjoyable activity that makes either ourselves or our children better people. Spending time productively keeps it from being urinated away by the wasteland culture of contemporary Amerika.

When enough people unplug, blow off the big game, or cut the cord, the parasite culture has no host. It curls up and dies. When Disney morphs into Devil Mouse, it is no longer anyone’s magical kingdom. Let it go bankrupt and rot before it becomes what everybody hates about your nation. Determined enemies need inspiration to push their hatred towards you to some sticking point.

3) Develop a reliant community. This involves you and some of your more positive confederates becoming less dependent upon the grid. The grid can do some awesome things when the Managerial State actually has the trains running on time. Use what still works. Just don’t bet your paycheck on it staying up and functional.

The office that can function remotely by advanced IT is not toast when the turbaned nut-job flies into the skyscraper. It also doesn’t have to pay regressive business taxes if the company HQ is a rented box at Mailboxes Etc. Just move your location and ditch the socialist confiscation.

Even if you are not up to the level of say The Southern Agrarian, you and five of your buddies can grow mutually supportive vegetable gardens. Generators, solar panels, and even water wheels if you live by the creek can provide you the juice in a pinch when the utilities don’t. Self-sufficiency may not actually stop a terror attack, but it can nullify much of the follow-on impacts that occur beyond the blast radius.

4) Take away the lifeblood of the parasitic managerial state. This involves getting your children out of public schools. Do not have them volunteer for The United States Military if they can make an honest living any other way. This involves locating away from places that collect the state’s taxes. This involves shunning activities that affirm or offer revenue to the state. Get as much of your college done in a manner that does not provide any tuition money to the indoctrination mills or interest payments to the banking tentacles.

It requires great money and creditworthiness to intervene in Afghanistan, Syria and Belarus. “No bucks. No Buck Rodgers.” A famous astronaut told his bosses. It also requires formations of soldiers to man the Empirical 1st Cav. The armies of parasite bureaucrats and Clinton Foundation Perverts and Pedophiles all need your money and lifeblood to survive. Cut this off and you can start cutting them off as well. Again, remove that which inspires the world to hate us enough to kill themselves towards the attrition our infrastructure.

5) Stay your logical desire to regurgitate and participate in the political circus as a break against the worst of the worst. You probably can’t personally nuke an Antifa Lives Matter riot, but you can vote and agitate against the political sleaze river that excuses their depredations. I imagine most of you lack the Basic Rifle Marksmanship to take out Congressman Gaycuck at 750 meters. You can send $50 to his opponent. Your vote may seem meaningless in the bigger scheme of things. Voting can be said to just encourage the sorry bastards. The downside to apathy is the increased crap they get away with when you sulk off in disgust and the very worst people in your neighborhood vote in their mirror imagine to “assist” you in managing your life.

Make your vote a check against the expansion of the Corporate Progressives and the Phony-Conservative Neocons. Just as the Chinese harbor contempt for the fapping White Leftist, so do the Israelis harbor disgust for the taint-messaging Judeo-Christian Cuck. Voting to reign in the officially official obeisance these overcompensated, malodorous turds pay as a bride to churls, wag halters and cutthroats is an act of rebellion.

No matter how ineffective you have found Donald Trump, he isn’t Hillary. A nation that is harder for elitists to misuse and abuse is obviously less malignant and evil. To the extent to which the rest of the world is Platonic, they will hate us less and devise fewer schemes in hopes of enacting our demise.

So if remembering 9/11 is anything other than a virtue-signaling fap-fest, let’s remember it as a point of embarkation for plans which will make a bad Hollyorc sequel of 9-11 less likely and less well received by an applauding planet. Improve ourselves, improve our surroundings, improve the nation, and improve the world. When we are less of the evil, we deserve less of the punishment. Then we can forget about 9/11 once and for all because there won’t be the same hateful mob hoping to inflict it upon us all over again.