How To End Diversity 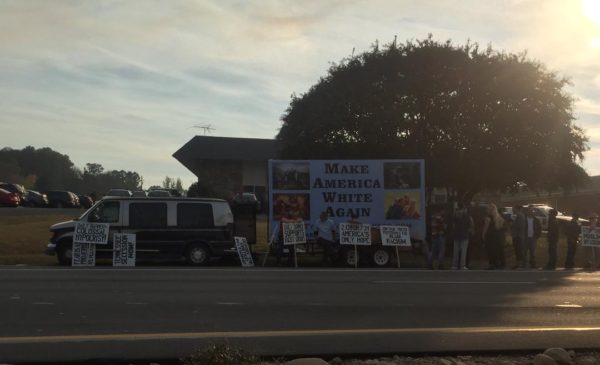 We know that diversity is over, meaning that the policy of diversity has failed. This does not reflect badly on any race or races, but on the idea of diversity — different ethnic, cultural and religious groups co-existing in the same civilization — as a realistic principle. We have seen what it brings, and done our best to salvage it, but it still self-destructed, so now we know it is just an unstable policy.

The question then becomes how to end diversity, and ideally how to do so in a realistic but not unkind manner. We have seen enough of the horrors of Leftist government, with its mass executions and secret police, to shy away from anything like those solutions. We also on the Right know we are on notice regarding the crimes of the Nazis: repeat anything like those, and your popular support will evaporate.

Let us visualize how our civilization could get rid of diversity entirely in a few easy steps.

Right now Western people are addicted to our welfare states. The reason for this is that we have become addicted to self-pity and the corresponding low self-esteem it creates, which makes us inclined to view work and society as obligations which compete with us for our time. This gives us a sense of entitlement as expressed in “muh freedom” and “muh social security.”

In our view, we suffer for our society — this part is true — and therefore we deserve benefits, which is psychologically appealing because others are paying those benefits to us. This is like hazing; we did our time, now they do their time, and we get to enjoy the fruits of their labor. This applies to anything free the government hands out, even while we are working, because we visualize this process as similar to the process in our jobs where employees take turns doing particularly disliked tasks.

However, these benefits are not just attractors to others, but have ruined us. Our low self-esteem comes from the fact of our dependence on government and society — we can never be free from it. Our self-pity comes from miserable nature of interacting with a society that is basically a bureaucracy where being at work is the highest ideal, and the ideological obligation to all people. Remember, our Leftist government is like all Leftist entities a “worker’s party,” which means that the only people with rights and respect are workers.

These conditions have created a sick feedback loop. To be good patriots, we work all the time. That makes us miserable, so we take revenge on others by soaking up whatever benefits, luxuries, indulgences and vices we can. That further sabotages us because for all of our angsty behavior, we are still enslaved to the system, and the anger at that knowledge drives us to further parasitism.

Escaping this modern lifestyle provides the basis for ending diversity: when we stop working all the time and demanding “free” benefits to match, those who are free riders on our wealth will then begin to disappear, which makes it easy to implement the rest of this list and gradually shrink our excess population without sabotaging our economy. Diversity is over; all that remains is for us to formalize this.

Why The Mainstream Media Has Died | Outliers (#39)