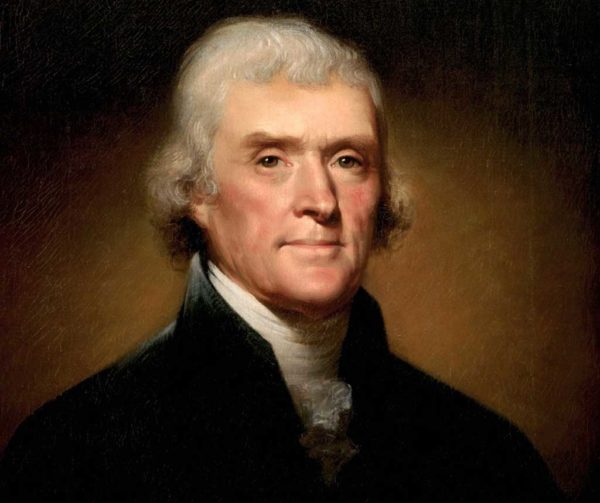 The founding of America occurred at a difficult time. European aristocracy, under assault by the middle class revolution and a spate of foreign wars, still recovering from the black plague and Mongol invasions, was clearly on its way out and democracy or at least egalitarianism was rising, thanks to The Enlightenment&trade thought.

Trying to limit both tyrannical leadership and mob rule, the American founders attempted to create a unique system: a liberal democracy in which government was curtailed by procedure, and in which procedure took the place of ideology. This ambitious undertaking had mixed results as the Civil War of 1861-1865 demonstrated.

As part of their attempt to make a sensible political order, the Americans relied on a concept of “natural aristocracy” as articulated by Thomas Jefferson. The following quotation has paragraphs added for clarity:

For I agree with you that there is a natural aristocracy among men. The grounds of this are virtue and talents. Formerly bodily powers gave place among the aristoi. But since the invention of gunpowder has armed the weak as well as the strong with missile death, bodily strength, like beauty, good humor, politeness and other accomplishments, has become but an auxiliary ground of distinction.

There is also an artificial aristocracy founded on wealth and birth, without either virtue or talents; for with these it would belong to the first class.

The natural aristocracy I consider as the most precious gift of nature for the instruction, the trusts, and government of society. And indeed it would have been inconsistent in creation to have formed man for the social state, and not to have provided virtue and wisdom enough to manage the concerns of the society. May we not even say that that form of government is the best which provides the most effectually for a pure selection of these natural aristoi into the offices of government?

The artificial aristocracy is a mischievous ingredient in government, and provision should be made to prevent its ascendancy. On the question, What is the best provision, you and I differ; but we differ as rational friends, using the free exercise of our own reason, and mutually indulging its errors. You think it best to put the Pseudo-aristoi into a separate chamber of legislation where they may be hindered from doing mischief by their coordinate branches, and where also they may be a protection to wealth against the Agrarian and plundering enterprises of the Majority of the people. I think that to give them power in order to prevent them from doing mischief, is arming them for it, and increasing instead of remedying the evil.

…I think the best remedy is exactly that provided by all our constitutions, to leave to the citizens the free election and separation of the aristoi from the pseudo-aristoi, of the wheat from the chaff. In general they will elect the real good and wise. In some instances, wealth may corrupt, and birth blind them; but not in sufficient degree to endanger the society. — Thomas Jefferson to John Adams, 28 Oct. 1813 (Cappon 2:387-92)

It is worth remembering that Thomas Jefferson wrote this in the context of a system in which only landowning white males could vote, and in which the citizenry was limited to Western Europeans.

First, “it takes one to know one.” Per the Dunning-Kruger Effect, those who have fewer intellectual talents than the natural aristocrats will be unable to recognize them.

Second, he ignores the resentment of the crowd that would later feature so prominently in the French Revolution. People instinctively tear down those who would rise above them, especially among the lower echelons of society. The Constitution did not specify who could vote, and left it up to the states; this created a weakness.

Finally, he overlooks the reality that traits are inherited. This means that most of the time, the son or daughter receives the abilities of the parents; sometimes, this goes wrong, but those are the exceptions, not the rule. If natural aristocrats marry well, they produce more natural aristocrats.

In the bigger picture, however, he misses out on the fact that natural aristocrats do not play to the crowd. They do not pander, or tell the herd what it wants to hear, but instead they act decisively toward problems that others do not see. As Schopenhauer wrote:

A natural aristocrat will hit targets that are invisible to others, and will find manipulation of them distasteful because building a society on manipulation guarantees its corruption. There will always be people with the specific talent for salesmanship and spinning fantasy as reality, and those will then win.

Natural aristocrats are born and are inherently unpopular. The herd resents them; few understand them. If given wealth and power, they acquire excellent women and produce more natural aristocrats. This is where Jefferson went wrong, producing a society destined for Civil War within a century.