How The West Beat The Soviets: Consumerism 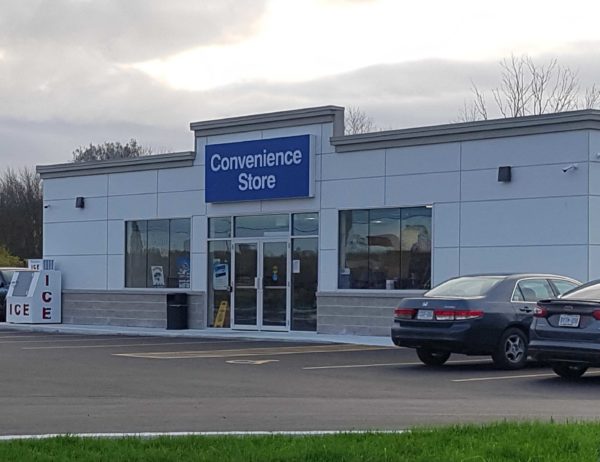 At this point, the Cold War has been mostly forgotten in the West thanks to Leftist teachers who preferred to teach social justice to actual history. However, its lessons remain with us because the order from which we are currently emerging was formed at the moment the Cold War ended, and as the larger Age of Ideology fails, we can see how the two ideas were linked.

From roughly the end of WW2 through the fall of the Soviet Union in 1991, the West and East (Eurasia and Asia) were engaged in a “Cold War,” or conflict which refused to go fully military but still resembled a military struggle. Ultimately, the Soviets could not make their economy work, overspent on weapons, and found themselves subverted by the Western lifestyle.

We will see, perhaps, the long lines outside the first McDonald’s in Moscow, or note how Russians saved up months of income for a precious pair of blue jeans, and perhaps also recall how scarce a commodity Western pop music was in Communist countries before the fall. But the real story was one of breadlines versus abundance in American grocery stores.

As the Houston Chronicle recalls, a visit by Boris Yeltsin to a Clear Lake grocery store may have set the stage for the collapse of Soviet confidence in their own system:

According to Houston Chronicle reporter Stefanie Asin, it wasnâ€™t all the screens, dials, and wonder at NASA that blew up his skirt, it was the unscheduled trip inside a nearby Randallâ€™s location.

Yeltsin, then 58, â€œroamed the aisles of Randallâ€™s nodding his head in amazement,â€ wrote Asin. He told his fellow Russians in his entourage that if their people, who often must wait in line for most goods, saw the conditions of U.S. supermarkets, â€œthere would be a revolution.â€

…About a year after the Russian leader left office, a Yeltsin biographer later wrote that on the plane ride to Yeltsinâ€™s next destination, Miami, he was despondent. He couldnâ€™t stop thinking about the plentiful food at the grocery store and what his countrymen had to subsist on in Russia.

In Yeltsinâ€™s own autobiography, he wrote about the experience at Randallâ€™s, which shattered his view of communism, according to pundits. Two years later, he left the Communist Party and began making reforms to turn the economic tide in Russia.

After the fall of the Soviet Union, the Left regrouped around an idea: it could hybridize consumerism with ideology, and use the fires of capitalism to drive its cultural revolution and ultimate takeover of the West. David Brooks chronicles this in his book about the new elites, BOBOS in Paradise: The New Upper Class and How They Got There.

Interestingly, as this new consumerism-communism hybrid rises, people are seeing the appeal in something much older: a touch of the Stalin era, maybe some overtones of Hitler, but mostly, a longing for the world before WW1, when there was still social order, a sense of purpose to the West, and democracy had not yet infested everything with a zombie-like obsession with furthering “equality.”

Perhaps our modern Clear Lake Randall’s is when we visit the countryside, or a society outside the West, and see that people are living with a sense of purpose and belief, and therefore, are a great deal happier than we can be. Somewhere, the good life is meaningful, and it is not found in consumerism, globalism, diversity or any other aspect of the toxic brew brought by egalitarianism.