How The Appointment Of John R. Bolton Shows That Diversity Is Over 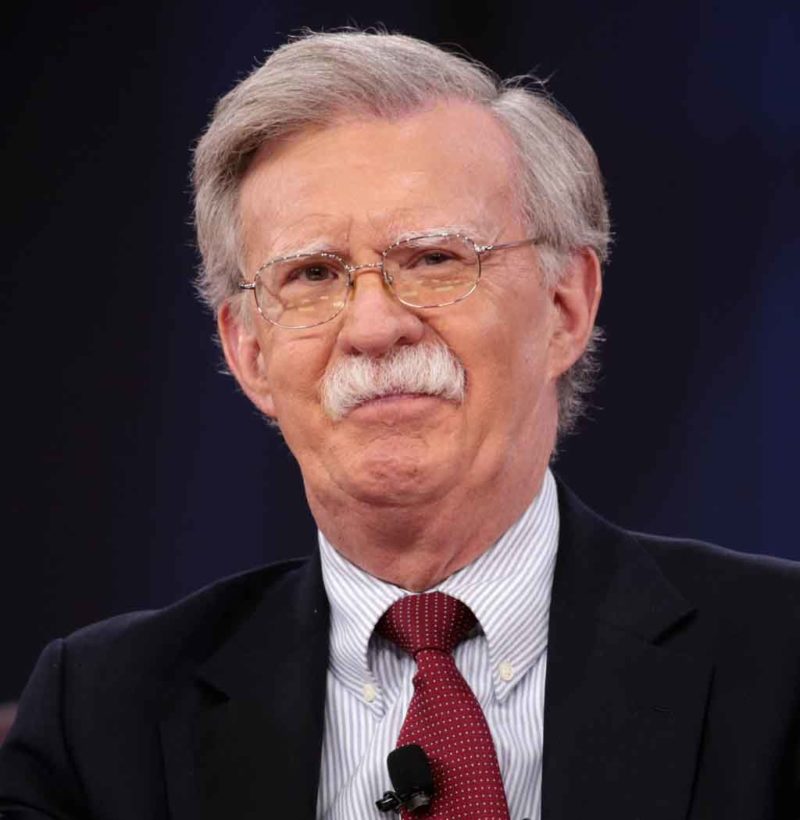 In the midst of confusion over the direction of the Trump presidency, a dual direction emerges: Trump likes to do what is practical while steadily pushing America and Europe further to the Right. These events usually happen simultaneously, so the Left gets fixated on what they feel is their victory and miss the real action.

For example, the media is filled with chatter about the new budget that Trump just signed which gives the Left (including most Republicans) much of what they want in exchange for expanded military funding, for example, and the same media mostly ignores the appointment of John R. Bolton as National Security Director.

Bolton shows Trump pushing at that Overton Window by including Right-wing realists who are willing to take unpopular positions, thereby norming those positions. Bolton has demographic realist credentials:

Despite his experience in American politics, a few elements of the 69-year-old’s career has gotten people concerned about his recent ascension to power.

…[H]e is currently the chairman of the right-wing think tank website Gatestone Institute, which primarily publishes articles about Islam, the Middle East, immigrants and “military and diplomatic threats to the United States”.

…Other recent articles by Bolton have titles reading “How to Defund the U.N.” and “Expect America’s Tensions with China and Russia to Rise in 2018.”

Few would dare to advance such positions in polite conversation in Leftist-converged Amerika these days, and yet Bolton does it, and is unafraid to name actual enemies and reject the idea that we can all just get along. In that sense, Bolton is the anti-Obama and a good replacement for the swampy McMasters.

On top of that, Bolton plans to remake the national security apparatus in a way that the permanent bureaucracy a.k.a. “deep state” will probably not enjoy:

â€œBolton can and will clean house,â€ one former White House official said.

Another source said, â€œHe is going to remove almost all the political [appointees] McMaster brought in.â€

…Trump and Bolton see eye to eye on a more hawkish foreign policy, especially when it comes to North Korea and Iran, and are equally averse to multilateral diplomacy, whether that means the U.N. or working with the European Union.

That has veterans of the Trump administration predicting that Bolton will quickly seek to install his own team at the NSC, which functions as a clearing house for policy advice and is supposed to integrate the different perspectives of U.S. government agencies.

Following his modus operandi so far, Trump engaged in the “we’ll try it your way, and when that fails, we go with my way” approach that has become a hallmark of his administration. He stuck with Obama-era policies and people until they demonstrated incompetence, then barked “You’re Fired!” and installed someone willing to take risks.

If the permanent bureaucracy hates anything, it is risk.

With this remaking from the top, Bolton via Trump will be giving American national security workers a clear path they must take in order to succeed. This will weed out people incapable of achieving that aim, and is more effective than trying to directly remove them. This shows an adaptation in Trump’s “drain the swamp” strategy.

Bolton is not as ragingly far Right as many of us here would like; he is, after all, still enamored of the proposition nation, as he expressed in a 2007 interview:

Geller also pressed Bolton on his thoughts on the alleged threat of “creeping Sharia,” a conspiracy that she and other anti-Muslim activists hold that Muslims in America are stealthily trying to implement religious law in the United States courts.

Bolton answered, “I don’t see it as much as a threat in the United States as it is Europe. Because I think in the United States, uh, we have made the melting pot into something that’s unique in the world. And the melting pot means you can come from anywhere. You can come from any background, any ethnic group, any geo geographical region, any religion, any culture. And you can become an American. You don’t have to lose your heritage, but you have to go through a process of assimilation.”

Conservatives, who are Rightists who have decided to compromise with the egalitarian system around them, love ideas of meritocracy and assimilation despite both being completely nonsensical. Meritocracy means everyone jumps through hoops to prove they are “hard workers” who deserve good jobs, and assimilation requires foreign ethnic groups to give up what they are and become generic citizens of a cultureless diversity wasteland.

However, Bolton shows a significant step away from the idea that everyone should just do whatever they want and it is our job as society to accept them and facilitate their behavior. Instead of a pluralistic vision of many right ways, Bolton sees a singular right way, which ends the pluralistic fascination on compromise.

As Trump moves forward into his long-term vision, look for more such replacements of existing staff and re-focusing departments on actual missions instead of ideological ones. This forces the bureaucrats to either follow his lead and succeed, or fail and be eliminated by neutral processes that weed out non-performers.