How Media Rediscovered The World Outside Leftism 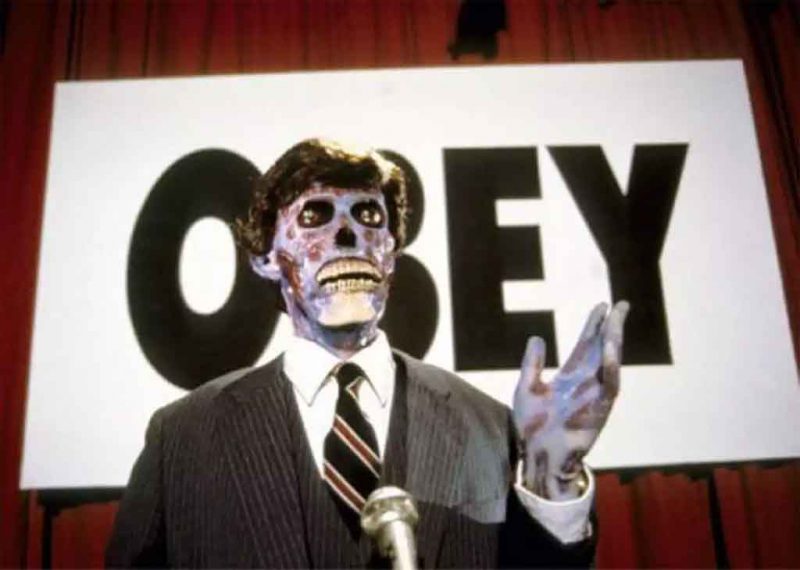 Politics consists of making complex ideas into simple yes/no choices. This destroys the original meaning, and replaces it with two-dimensional brightly colored shapes between which people choose, cheering for the others who made their choice and booing people who did otherwise.

This means that we shape facts to fit the audience, instead of making the audience understand facts, mainly because they cannot at a biological level actually understand much of anything, and in groups, lies become amplified.

Shaping inverts society. Where once we pursued truth, now we pursue popularity. Humans, when given the choice, opt for what has minimal risk and makes them feel good about the future, even if they have to trade off that future for those feelings now.

All societies become inverted when they start focusing on keeping the group together instead of having a goal. They want to keep the group together so they have lots of warm bodies to throw at any problem. However, this obligates them to fail in the long term.

In order to keep the group together, you have to invert how you represent reality so that it is comprehensible and palatable to the group. The inverted society is, more than anything else, a society of appearances.

(The only alternative is hierarchy: you find people based on their inner intelligence, morality, and capacity for wisdom, and promote them, even if they know nothing about the task at hand. Then you make the others follow along and exclude those who cannot or do not. It sounds fascist, but anything is better than a failing society, where you are required to fail along with the others like some horrible group project from high school.)

An inverted society adjusts its expectations of reality to meet the wishful thinking of the group, which means that each generation drifts farther from reality until they are speaking entirely in symbolism, emotions, and promises of free stuff to the group.

Media, as those who make money by telling stories that people want to hear, naturally leads this crusade as it follows its audience into oblivion. Those who are dependent on popularity for their future, including politicians and academics, do the same.

Every now and then, cracks appear in the onward march of entropy toward doom, when people speak up about something weird called “reality” that they have noticed in the patterns of daily life. They have also noticed that it contradicts the Narrative, or rationalization that the entropy is good.

Recently some comedian named Ricky Gervais appealed to the anti-Narrative audience with pushback on the social status signaling in Hollywood:

So if you do win an award tonight, don’t use it as a political platform to make a political speech. You’re in no position to lecture the public about anything. You know nothing about the real world. Most of you spent less time in school than Greta Thunberg.

Comedians speak in sound bites, so this requires little explanation, but it might need some context, which is that in “woke” Hollywood, suggesting that it slow down its insanity is different from urging it to slam on the brakes, but will be treated the same way.

Not surprisingly, the powers that be — terrified of losing their most dedicated audience, the neurotics who consume media to feed the empty void at the center of their psyches — retaliated immediately by firing Gervais and replacing him with Communists:

Tina Fey and Amy Poehler will share host duties for the Golden Globes ceremony in 2021.

Poehler herself shared the announcement at a TV critics meeting Saturday, just a week after the ceremony aired with Ricky Gervais as host.

At last Sunday’s ceremony, Gervais’ snarky jokes in his fifth turn as host received mixed reviews and reactions from the celebrity audience. Poehler and Fey earned a warmer reception for their comedic approach.

Gervais planned to exit anyway, but the “warmer reception” means that the audience wants those who preach the Narrative, which is familiar. Despite all the talk of change, people especially on the Left hate one kind of change, which is personal change: self-actualization, maturation, developing intuition.

The powers that be wanted to send a message. No more of that tapping the brakes talk! They want the known source of profit, and are lowercase-c conservative meaning that they want to repeat what last succeeded and not rock the boat.

Wise minds have pointed out that Gervais was simply pandering to a different audience:

As Hollywood has attempted (and succeeded in many cases) to murder its own franchises, it surely is a long step ahead of the general public as to its next act. Gervais monologue could very well be a starting point for this next act. While it was funny, and gave us a sense of relief, believing that finally, someone ‘gets it’ and isn’t afraid to hand the celebrities their verbal comeuppance, it strikes me a bit like Iran’s sabre rattling in the wake of the tactical action recently taken by the United States: don’t take it terribly serious. Otherwise, Hollywood’s next act will fool us and we’ll be lining up again like lemmings to pay for more rot, only from a slightly different perspective to appeal to a different mindset, and they’ll all be laughing as they phone up their financial advisers.

That would make sense if Hollywood were fully Soviet, but we are seeing here what is more likely Gervais advancing his own career much as Trump did. When the inverted reality dominates the media but is obviously failing in real life, a new market opens up for slightly more realistic media.

Hollywood does what pays. Gervais does the same. For several years, he has been agitating to get out ahead of the old order and embrace the new, knowing that as we watch more failure of “woke” human rights and civil rights “social justice” policy, people want to make fun of the insanity.

This comes after the Obama administration, when any criticism of the Narrative resulted in shattered careers and ostracized people being deplatformed from any place that could make them more than minimum wage. If we have top notch thinkers and kings among us still, they are working at Walmart at this point.

Some like to talk of history in terms of a pendulum, but a more accurate view involves cycles. We adopt an idea, it works at first because re-arranging things always stimulates the group, then slowly we see the problems of the idea. If patching them does not work, people abandon it.

Slowly, the media begins to rediscover the grim truth that it did best when it had an “American majority” to whom it could advertise and sell products, instead of having to pitch itself to dozens of niches who detest each other.

The first stages of this consist not of disagreement, nor slamming the brakes, but a simple orientation toward more of a middle ground where constant acceleration to the Left is not assumed and hints of traditional America emerge:

In practical terms, Cambridge Analytica is a total non-event. They were snake oil salespeople. The tools they used didn’t work, and the scale they used them at wasn’t meaningful. Every claim they have made about themselves is garbage. Data of the kind they had isn’t that valuable to being with and worse it degrades quickly, so much so as to be effectively useless in 12-18 months.

As a committed liberal I find myself desperately wanting to pull any lever at my disposal to avoid the same result. So what stays my hand?

I find myself thinking of the Lord of the Rings at this moment. Specifically when Frodo offers the ring to Galadrial and she imagines using the power righteously, at first, but knows it will eventually corrupt her. As tempting as it is to use the tools available to us to change the outcome, I am confident we must never do that or we will become that which we fear.

This screed comes from Andrew Bosworth, Facebook executive. He debunks the Russia election meddling narrative, then the Cambridge Analytica pseudo-scandal, and finally, dedicates himself to the idea of free speech or at least open communication.

Facebook, like Gervais, has seen the future and wants to embrace that audience. They realize that while SJW insanity was good dogma for a time, it has now run its course, and the actual audience has abandoned it. The normal people out there want a normal experience.

They want something more like traditional America, where if someone said something you did not like, you said something flippant and went on your way. They like natural rights America where you could refuse service to anyone. They are fine with discrimination, since they know that not everyone will like them and that groups usually self-select and therefore, everyone associates with those like them.

We are not seeing a swing to the Right, but a swing from the Left back toward a center based on function instead of ideology. These are initial steps, so not big and not bold, but they show how much normal people are withdrawing from the Left, and how media senses opportunity in doing the same.