How Long Have Communists Penetrated Our Society? 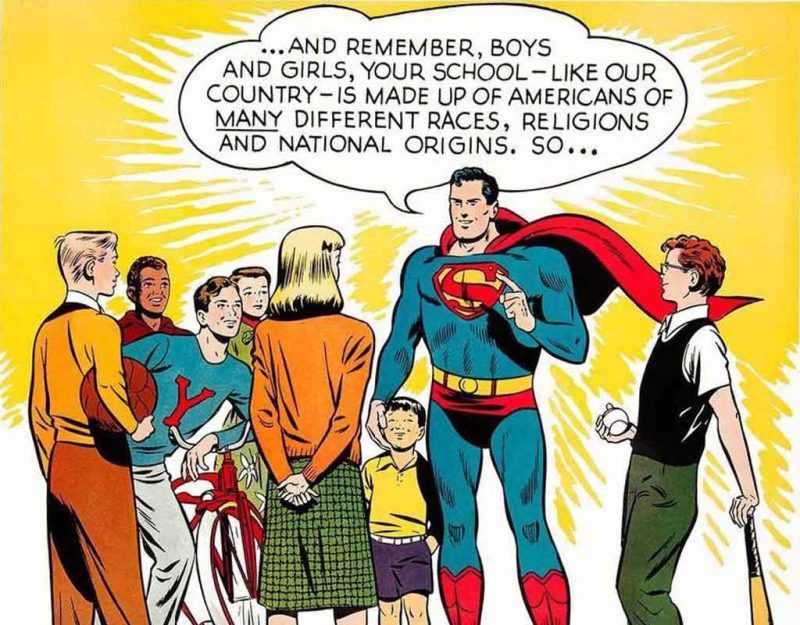 The last few weeks have made it clear that the United States finds itself in the final stages of a Communist takeover. Our Framers would view this as tyranny not because of a lack of “freedom,” but because Communism is a power vortex that serves itself, not the organic nation.

We see how prophetic the analysis of Crowdism has been, since societies can either be oriented toward reality or social factors. In the case of the US, social factors dominated law, industry, academia, and media to push us toward a situation where not being far-Leftist was viewed as impolite, unsociable, and hostile.

Although that happened in the 1960s when the teachers who became radicalized in the 1930s hit their middle age positions of power and dominated media and education, it fully sprung in the 1990s when the children of those schools assumed the same roles of middle-aged power and took over society.

In other words, as William S. Burroughs says, “language is a virus.” The virus here was the idea that you must support equality in order to be non-selfish, because equality is a symbolic goal that makes everyone feel good. This leads to an escalating persecution of those who do not agree.

Symbolic belief systems are addictive for the same reason that any simple answer is. They are entirely disconnected from reality, and exist only in the human mind, therefore are addictive to us because they affirm our power and make it socially acceptable to believe that we are superior to reality itself.

Equality appeals to our minds because it means to the individual “no one can attack me, because I am equal.” This allays our fears of social exclusion, and gives us a means of raising our social status, namely by promoting equality, while letting us hide our bad deeds because they do not harm equality, therefore are ignored by the madding crowd.

Not surprisingly, the doctrine of equality found its most vociferous adherents among the middle classes who tended to be shopkeepers. For them, equality meant that they could “liberalize” or relax social standards, and sell more products to the vast herd of proles, or lower-IQ people.

Once equality grabs ahold of some of a population, it cannot stop. It posits that the highest good is in rejecting nature and making humans “equal,” which means that everything else is a means to that end; immoral acts, if committed to advance equality, become moral.

Even more, it introduces a market for egalitarian thoughts and promises. The Crowd, having been raised on equality, will only reward pro-egalitarian notions, and in their constant quest for novelty, will in turn reward whoever pushes equality further with new rebellions against the status quo.

In this way, equality spreads like a virus, hacking the symbol parser in the human mind that first makes sense of things, and then assesses their truth value, by simply being broader than all other symbols — addressing all of humanity — and then, providing the simplest answer (a symbol, “=”) in a form that eliminates all doubt and confusion. It makes human minds feel powerful.

The middle classes eventually take over, and turn toward socialism. They know that power is better than wealth, since you can do whatever you want directly instead of having to manipulate properties and markets. They begin pushing society in that direction.

Their first step enriches them. They demand socialist-style subsidies, where money is taken from the productive to give to the unproductive, knowing that the much larger mass of minimally-productive or non-contributing people will continue to buy products.

As a first step, this seems innocuous, since it operates on the assumption that everyone wants to end poverty. In the same way equality succeeds because to deny it is assumed to be a rejection of others, therefore selfish, no one can oppose anti-poverty programs. It is socially unacceptable.

Eventually that step will lead to others, and the society will decide on full-on socialism since previous attempts at market socialism “did not do enough.” When full socialism begins failing, they will opt to militarize and go totalitarian, taking us to Communism.

Out of impotent rage at the failure of Western Civilization, “intellectuals” in the West have advocated for Communism for some time. In the 1930s, it was trendy to be a Communist. In the 1990s, it was still edgy, until the memory of the USSR faded in the years after it imploded and flopped.

Now we see that our “intellectuals” are at it again, this time lavishly praising Communist China for being on the right side of history. Consider the case of The New York Times, sometimes called Pravda-on-the-Hudson, which loves the Chinese Communist Party:

The New York Times, for example, published a grotesque puff piece this week praising the communist regime’s “version of freedom” and its supposedly successful efforts to fight the coronavirus pandemic.

Sure, China may be a brutally oppressive dictatorship, the article explains, but at least its people “have the freedom to move around and lead a normal day-to-day life” thanks to the state’s allegedly victorious war against COVID-19. The same cannot be said for the United States, the story adds, what with its quaint beliefs about liberty and self-determination.

Our problems got serious in the second Clinton term, at which point it became unwise to discuss Chinese Communist infiltration into the US, mainly because China got caught buying an American President:

In the 1940s, the NSA had a top-secret program called Venona which intercepted (and much later decoded) messages between Moscow and its American agents. The recent publication of a batch of Venona transcripts gives evidence that the Roosevelt and Truman administrations were rife with communist spies and political operatives who reported, directly or indirectly, to the Soviet government, much as their anti-communist opponents charged. The Age of McCarthyism, it turns out, was not the simple witch hunt of the innocent by the malevolent as two generations of high school and college students have been taught.

Sen. Robert Taft of Ohio said, “The greatest Kremlin asset in our history has been the pro-communist group in the State Department who surrendered to every demand of Russia at Yalta and Potsdam, and promoted at every opportunity the communist cause in China until today communism threatens to take over all of Asia.”

It should surprise no one that by the 1950s many of American elites leaned far-Left, simply because The New York Times had been publishing pro-Communist material in the 1930s to salve the guilty consciences of its upper-middle-class audience who increasingly made their money from government actions as the role of government expanded after the wars.

This created an environment where The New York Times, in the name of “freedom” and “democracy” and “equality,” promoted the most vicious dictatorship the world has ever known:

The memoirist describes an evening during which the Moscow correspondents were discussing how to get out the story about the Stalin-made Russian famine. To get around the censorship, the UP’s Eugene Lyons was telephoning the dire news of the famine to his New York office but the was ordered to stop because it was antagonizing the Kremlin. Ralph Barnes, the New York Herald Tribune reporter, turned to Duranty and asked him what he was going to write. Duranty replied:

Should it surprise anyone that now, nearly a century later, other media outfits have followed the shining example set by The New York Times? Unquestionably not, since Communism — do whatever you want, good = bad, and free stuff from government — will always be more popular than realism, at least until the hard reality of life under whatever new Trotskies and Stalins arise settles into mainstream consciousness.