How Far We Have Fallen 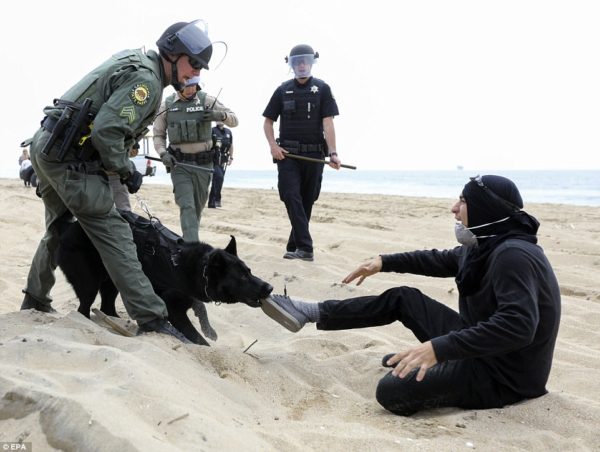 Oh look; we’re busting people for posting things to internet forums now. America has inverted its original purpose of “freedom” to mean “many different groups demand obedience from one another,” and predictably, this has led to an absurd game of lies:

The 50-year-old was arrested in July following an investigation that linked him to messages posted that spring and summer on the Metalthrone.net website.

“I will slaughter them and burn their Synagogue to the ground . . . kids, goldfish, old folks. Shove money down their throats,” Sullivan wrote under the screen name KS43. “These Jews of 2016. They think they are safe.”

So, he wrote something about a group, and also possessed weapons. In the old America, this would have merited an unkind comment from his betters or a discussion on whether his view has merit. While anti-Semitism goes too far, recognizing that different groups need different spaces is a type of sanity that our ideological government fears. We could at least hash it out and end the issue.

Instead, we have this sad pretense of a society. Our purpose long ago departed, we now act “for others” because this makes us feel momentary flickers of meaning to life, and therefore we crave it like a drug. In doing that, we refuse to admit that most people cannot get along and that homogeneity lessens this to the benefit of all.

Our pretense commands us to deny this, and so we smother small problems today, letting them grow so that at some point in the future, we will have an outbreak of violence and anger which will shock us all until we realize that, all along, we were living in denial and refused to see the obvious pattern forming before our eyes.