How Diversity Crushed the Spirit of America 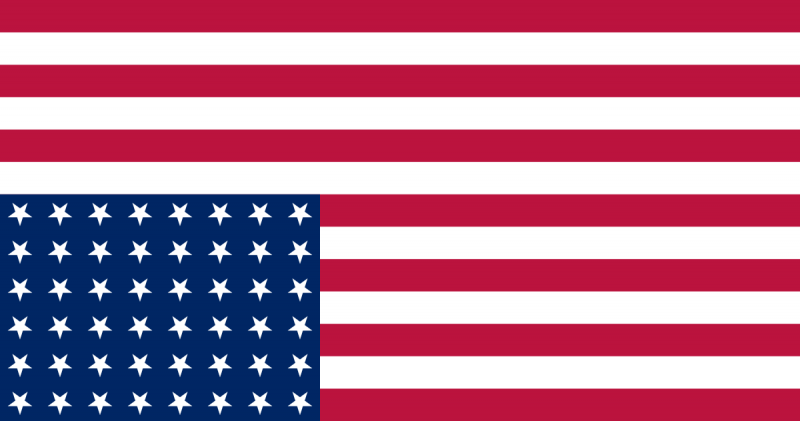 Up through the 1990s, America was mostly ruled by its founding group, ethnic Western Europeans a.k.a. White Anglo-Saxon Protestants, a way of saying people from the West side of the Hajnal Line who are essentially unbroken Cro-Magnid in descent.

As the hippies of the 1960s took control, the WASPs were deposed by a group of Southern, Irish, Eastern, and Mediterranean Europeans who had come here to take advantage of the prosperous society made by the Anglo-Saxon pioneers, but now wanted to rule it for their own purposes.

America had demonstrated unusual luck mostly because it not only took from the ethnically unmixed part of Europe — the other groups have Asiatic and sometimes North African admixture — but subjected that group to the high filter of intercontinental travel and the rigors of pioneer living.

If you were weak, the journey over probably snuffed you, and if not, you became bleached bones on the frontier thanks to bears, disease, Indians, coyotes, bandits, dehydration, or starvation. The strong survived and the weak became compost, as nature intended.

By contrast, Europe was already in the grips of overpopulation, having mastered agriculture, basic hygiene, and social order to the degree that it became easy to prosper there. Lots of idiots arose, worked basic jobs, and had tons of kids, who flooded Europe with untermensch DNA.

Those who broke away showed initiative, spirit, and an ability to survive outside of an established civilization, which meant that America got the upper cut of Europeans in terms of ability and conscious thought. This made it thrive despite many challenges and missteps.

With each foreign war, however, the US began incorporating more people from the outlying European territories, and these like all minority groups united against the native population. In the 1940s they became accepted as part of our jihad against Hitler, and by the 1960s, they had gained political power nationwide.

When JFK became president, that was a symbol to the American population that the old WASP order was on its way out, but it held on until the Clinton years simply through proficiency, since any time the “new Americans” got control, they botched it as much as JFK and Clinton did.

Both JFK and Clinton had Irish heritage, much like current White House resident Joe Biden and failed former president Barack Obama. They showed us exactly why Britannia and not the Emerald Isle ruled the waves, namely that the more Cro-Magnid Britons with less admixture were more competent.

The same applied to other WASPs — English, northern Germans, Scots, Dutch, Scandinavians, and northern French — who built up this nation and gave it a good start before the burgeoning industry attracted cheap labor to work its farms and factories.

By the time the first Clinton term was over, the cheap labor had effectively taken over, and this brought a different spirit to America: instead of adventurous romanticism, the new America wanted steady easy jobs and low risk.

People with racial admixture or high mutation load tend to be safety-oriented because they do not trust themselves not to do something crazy. They know they are internally inconsistent and chaotic, therefore their biggest concern is a lack of accountability plus a safety net to bail them out.

With the Cold War’s end, public and congressional scrutiny of the agency’s operations increased, and the ation’s tolerance for expensive and dangerous intelligence activities waned. New political considerations intruded at Langley as a result, and a cautious, risk-averse climate took hold. The CIA sought desperately to be “correct” — to look like the rest of America. Convinced that the agency was lost and drifting, many of the CIA’s best managers and field officers, the people who had fought the Cold War, headed for the exits. The CIA of the late 1990s had become like the U.S. Army of the 1930s: a peacetime service mired in petty bureaucratic battles and drifting without a clear mission.

September 11, 2001, changed everything. When the terrorists struck, the CIA did, indeed, look like America. The percentage of DO officers with prior military service was only a tiny fraction of the organization, and its WASPish adventurers had disappeared. Officers and their families, like most Americans, were in no hurry to rush off to places where you had to boil your drinking water and check under the car for bombs — let alone keep an eye in the rearview mirror not for local surveillance teams, but for the guy back there on the motorcycle who might want to kill you. Risk aversion had replaced the boldness and romanticism of the old guard. – The Main Enemy: The Inside Story of the CIA’s Final Showdown with the KGB by Milt Bearden and James Risen

In the 1960s, William F. Buckley denatured conservatism by insisting that it remove mention of race and social class from its theories, effectively hamstringing the WASPs by making conservatism into “Christian libertarianism” based around a Benedict Option, or personal conservatism guaranteed by “liberty” while letting the Left take over our institutions.

During the next three decades, the Left embarked on its Long March Through The Institutions and, once Clinton assumed power and relentless promoted them and protected them despite their incompetence, took over. American competence declined as did our spirit of derring-do.

Buckley, who like Clinton was half-Irish, essentially wanted to build his political power on the new Americans, much like both Bill and Hillary Clinton intended to do. By chucking the WASPs under the bus, he could take the lead and make a media empire.

In the same way that his Irish forebears saw more value in potatoes than in mixed crops, Buckley saw opportunity for himself — safety, in other words, through income — and seized that instead of caring about the future, with predictably catastrophic results.