How #BLM is Ending America’s Patience With Diversity

by Jonathan Peter Wilkinson on January 10, 2017 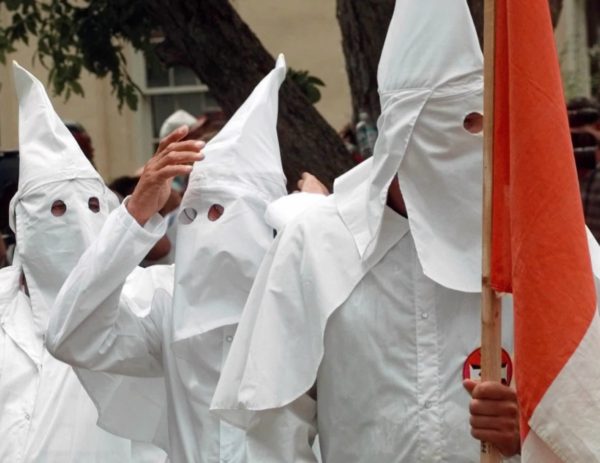 There are people in Amerika that hate diversity. They simply cannot bear the burden of having people from a different cultural background. They are so steeped in their zenophobic bile that they lash out in sadistic violence and viciously beat those unlike themselves. In Chicago, four of these haters kidnapped a mentally handicapped person and torured him while yelling “F*** Trump! F*** White People!” They even celebrated it on social media the way ISIS does the end zone dance while chucking gay people off a roof in Ninevah.

So who are these whack-job nazis? Where is their entry on the $PLC Hatewatch Blog? They are #BLM and they are tired of ISIS getting all your atrocity attention bandwidth. I hope George Soros is proud of his ROI on this one. Savor what Mr. Soros contributes to Amerika with generous, ongoing support for #BLM!

Well, there’s a problem with even posting this. Amerika should literally not be allowed to say it. “Scientific” American derpsplains why I should feel shamed by even posting such an inconvenient hate truth below.

But another part of me wonders whether research on race and intelligenceâ€”given the persistence of racism in the U.S. and elsewhere–should simply be banned. I don’t say this lightly. For the most part, I am a hard-core defender of freedom of speech and science. But research on race and intelligenceâ€”no matter what its conclusions areâ€”seems to me to have no redeeming value.

So “Scientific” American tells me. Yet clearly we have a Â¡HATECRIME! Clearly it was inspired by Â¡RACISM! What does Political Amerikan have to say*?

Can you imagine the destruction that would have ensued had the police in South Carolina had asked everyone to empathize with a sensitive and confused Dylan Storm Roof. If Van Jones thought Election 2016 was a (((“Whitelash”))) I’d recommend he stay in his fallout shelter for about the next week. Diversity Fetishism has got to be dismantled. We can’t lie athwart reality.

Diversity fetishism can either be dismantled peaceably, via the renewal of Freedom of Association Rights and the repeal of disparate impact statutes or this beating will be the norm in Amerika ten to twenty years from now. It will be normalized. It will be excused.

The Lunatic Left is trying to claim there is a new gender called Clover that basically just serves as an excuse to be a pedophile. Their excuse brigade will soon be out in force to protect #BLM.

If there is any good reason left in the bowels of mercy not to completely destroy any status quo that would attempt to excuse what these people did to the mentally handicapped; then peaceable dissociation from diversity, at pace at which each individual would prefer, is the only acceptable path. Let cooler heads prevail. Let us all just swallow our tongues. Let us all just walk away. It will work if the very stones don’t cry out.

If the races and factions don’t go in peace; there will be some that go in pieces. I don’t see this being tolerated much longer. Even if President Obama knocks off the chronic raceturbation and President Elect Trump asks us nicely to stay cucked just one more time. It will explode like a Diet Coke bottle dosed with a handful of Mentos.

Somewhere in Amerika, our very own Anders Breivik is muttering insanities while he loads the magazines and doesn’t even consider switching to decaf. The diversity fetishism of the Cathedral will end. Pray it doesn’t end in more people like Dylan Roof or Brittany Herring. Nobody of either skin pigmentation involved deserves to suffer cruelty at the hands of such an individual. But that tragic cruelty is exactly what a continued ignorant belief in diversity fetishism will bring to our nation. We have sown this too long and are reaping the predictable whirlwind.

SHFT Is LARP | Faith Through Nihilism