by Jonathan Peter Wilkinson on November 28, 2020 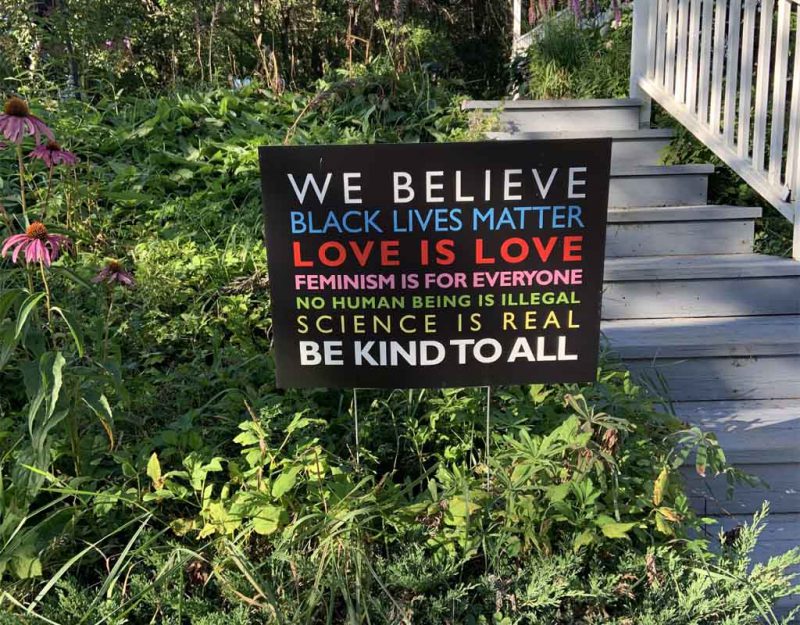 If you’d like to learn some history, get far away from recognized “professional historians.” Professional historians, like most recognized “intellectuals” in Amerika, are just apparatchiks at this point. They are functionaries that lose social credit for ever thinking. If they still have Twitter accounts that don’t at least two strikes, there is no way you’ll learn any legitimate history from the sorry, converged bastards.

So what are officially official historians incentivized to do? They are pushing narrative. The arc of history doesn’t bend without employing some welding equipment. The “professional historian” is in the business of controlling what people are allowed to know about prior events. They beatify the secular saints as ordered and then denigrate the deplorables via a process of Enlightened Polemic.

Enlightened Polemic? Enlightened Polemic is a bridging process. Let’s say you have a world leader you can’t stand. It’s hardly credible to call him !BIGMEANORANGEPUTTYTATGRABBINGRAYCISSHITLERWITH(((JEW)))INLAWSANDMOREBLACKANDHISPANICVOTES! That doesn’t even make sense and was typed in all caps. That doesn’t pass the credibility test. The bile would wash off before it could go to work and eat anything.

The senseless animosity, like disingenuous illegal income; has to be laundered. So how does one launder unreasoned and dyspeptic hatred so that it appears as considered and worthy argument? This is where the process of Enlightened Polemic serves to build a bridge.

You still want to insult the guy. You still seek to burn his reputation to the ground and erase anything he claims to have accomplished. But you don’t want to look like a crazy person and scare all the bourgeois sipping lattes at Caribou Coffee House.

This requires a three-step algorithm.

1) Establish officially official credentialed experts. These guys get to be professional historians. They have such reputations for really wise wisdom that mere mortals are not allowed to examine if that which they argue is even remotely logical.

2) Translate the original rage defecation into something more palatable such as the peat moss and the cow manure a gardening hobbyist would buy at Home Depot. This is done by toning down the language of the screed while retaining the original meaning. Here’s a lexicon for how that may well work for the ridiculous description of Donald J. Trump that reads !BIGMEANORANGEPUTTYTATGRABBINGRAYCISSHITLERWITH(((JEW)))INLAWSANDMOREBLACKANDHISPANICVOTES!

BIGMEANORANGE could be reworded as intellectually incurious (h/t Bobby Jindal), coarsened, of the merchant class, unlearned, uncouth, or profane. (It’s a relief that all the fine, young patriots of BLM and ANTIFA never behave that way.)

PUTTYTATGRABBING could be reworded as sexually exploitive, prone to marital infidelity, believes harass is more than one word. (Oops, wrong President).

RAYCISSHITLER could be reworked as failed to disavow all White Supremacy five times a day while facing towards the Holy Kaaba. Was not properly sensitive to minority issues. A reactionary on the wrong side of history.

WITH(((JEW)))INLAWSANDMOREBLACKANDHISPANICVOTES has to be fobbed off by the old, tired Marxian cliché of false consciousness. We all know there’s something wrong with Kansas at any point of time where they vote in people not pre-approved by the narrative.

3) Crush and deplatform all dissent. Toning down the idiotic anti-Trump rants that were flung against the wall of public opinion for four years in hopes that they would stick while they stank doesn’t translate them into logical argumentation. The logical holes in any aspect of the narrative (concerning Donald J. Trump, or anything else contemporary historians are paid to brainwash us about) are large enough to drive an RV-sized meth lab through. We are literally being commanded to believe stuff that makes no rational sense whatsoever.

You can’t command people to do anything without both a carrot and a stick. You particularly need a big, knotty stick. This is why Twitter bans all crimethink. Sometimes that arc of history has to be bent with some serious metalworking tools. Lies don’t tell themselves and don’t stay unchallenged. Intellectual dissent has to be crushed before the guns can ever be grabbed. The 1st Amendment safeguards the 2nd through 10th.

So how does one learn about the past? Go read the crazies. Get out Oswald Spengler. He wrote The Decline of The West in an era that laid the foundational groundwork for Hitler (sans (((Jew))) in-laws), Stalin, and Chairman Mao. His work encompasses how this happens and how manipulation of information and what a people knows of the past impacts these events. Even if you buy into the existence of some arc of history independent of divine intention, Spengler’s master work shows us that people other than say, Barack Obama are entitled to formulate opinions and theories as to where exactly that arc is being directed.

Strauss and Howe did legitimate work in 13th Gen: Abort, Retry, Ignore, Fail. This book describes why the first Post-Modern Generation were righteous when they through the red bovine scatology flag against the Baby Boom and its suppurating excrescence. Yet this wasn’t the intellectual ne plus ultra for Strauss and Howe. It was application that later led to coruscating theoretical brilliance.

The barnicle-like Boomeresque cliches can be broken off The Fourth Turning. The Generational Theory of History may not be my personal favorite, but it is a well-formed, evidentiary thesis with potential explanatory power. It may even allow projection of future results.

If Strauss and Howe don’t depersonalize and mechanize history to your standards of utter Spergism, we can always mainline theoretical historical causation in the Science Fiction of Isaac Asimov. The Foundation Trilogy gives us historical causality as a statistical mechanics problem via the academic discipline of Pyscho-Histoy. I’ll give Asimov credit for including The Mule in book 2. This made him vastly more far-sighted than his Scientific Socialist brethren of the failed CCCP.

The appositional axiom to plant dictates that history follows a course set by the greatest men to emerge at a given temporal inflection point or schwerpunkt. Man meets moment, he says “Hello.” He then goes beast mode. Like Wellington at Waterloo. Plutarch, Vergil, The three Synoptic Gospels (those written by Mark, Matthew, and Luke), H.G. Wells and perhaps Leni Riefenstahl, could all be described as writing what scientific historians refer to as Great Man Theories of History.

Great Man Histories are often derided by people as being dishonest propaganda stories akin to William Shakespeare writing about British Monarchs in his plays. They are frequently ethno-nationalistic (e.g. The Aeneid.) In the case of H.G. Wells, they openly argue in favor of positive eugenics. Be like those guys Plutarch or Wells writes about, and you might be man enough to do as many push-ups as the Grand, Auld Duke of Wellington!

On the other hand, somebody should be teaching the future generations not to be OxyContin addicts. Sir Baden Powell had a point when he originally founded the non-converged version of The Boy Scouts. The human being, like most primates you’ll find out in nature; lives by example. Perhaps the duty of a legitimate historian goes beyond composing accurate timelines or descriptive narratives. Step one to living an example is to find a good one to follow yourself.

In conclusion, we will all have a certain curiosity regarding origins. These are origins involving our faiths, our nations, our societies, and our selves. You owe yourself a duty to scratch that particular itch. Call it karma, kismet or the will of Jesu Cristo. There are condign reasons to feel these curiosities and noble reasons to fulfill them as completely and truly as you can.

Amerika will lie to you about these things for its own narrative convenience. Your subservience is required, not your improvement, happiness, or fulfillment. Look beyond the established academic experts in history. Jared Diamond does what gets him paid. If you can make page 20 of Guns, Germs and Steel and haven’t laughed or chucked it across the room, you have a mind washed clean of anything resembling a new or threatening idea.

The bought and the paid-for write what is acceptable. The Dissidents write that which is at least partially true. If you are offended by this official history, then this is because it is designed to denigrate and exclude you. That is what Enlightened Polemic is written for. To know the true past and predict the possible trends of the future, read far beyond this propaganda pabulum. This is how history can provide you far more than just the regurgitated, official Enlightened Polemic.

Why Everyone Should Support Trump | Periscope (November 28, 2020)