Hiring Mercenaries Signifies The Death-Cycle of The American Republic 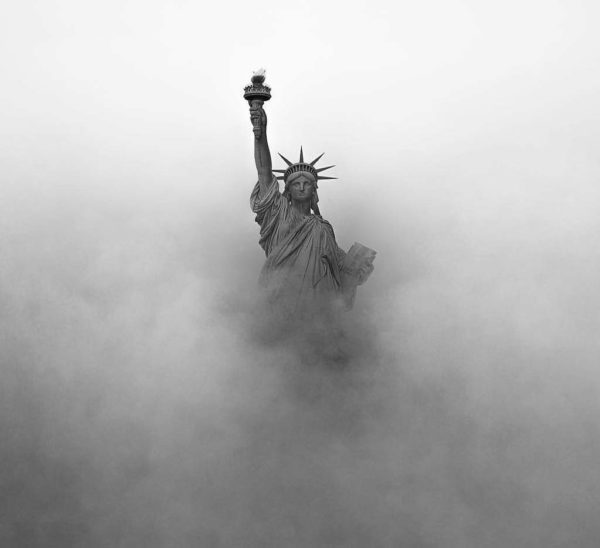 When the emperor Pertinax was killed trying to quell a mutiny, no accepted successor was at hand. Pertinax’s father-in-law and urban prefect, Flavius Sulpicianus, entered the praetorian camp and tried to get the troops to proclaim him emperor, but he met with little enthusiasm. Other soldiers scoured the city seeking an alternative, but most senators shut themselves in their homes to wait out the crisis. Didius Julianus, however, allowed himself to be taken to the camp, where one of the most notorious events in Roman history was about to take place. Didius Julianus was prevented from entering the camp, but he began to make promises to the soldiers from outside the wall. Soon the scene became that of an auction, with Flavius Sulpicianus and Didius Julianus outbidding each other in the size of their donatives to the troops. The Roman empire was for sale to the highest bidder. When Flavius Sulpicianus reached the figure of 20,000 sesterces per soldier, Didius Julianus upped the bid by a whopping 5,000 sesterces, displaying his outstretched hand to indicate the amount. The empire was sold, Didius Julianus was allowed into the camp and proclaimed emperor.

This, of course, was possible because the Roman State failed to preserve its monopoly over the means of coercion. At the end of the day, someone in the family needs to be Dad or else the happy, suburban domicile will probably be degraded into a trap house. So most developed nations have a HMFIC of their military. One man, no committee. One starting running back to carry the Nuclear Football.

Yet major developed countries also have major, debilitating bureaucracies. The forms must be filled out in triplicate, or the paperwork never moves forward. The more stressful a deadline or more dire a situation becomes, the more this constraint prevents the situation from being resolved successfully. War is about as desperate, time-sensitive and high-stakes as things can get. When you step to some fothermucker that starts a provocation, you’d better be ready to do really evil things in sick, disgusting ways. The closest thing war has to a participation trophy is the posthumous medal and the folded US Flag that gets handed over to your family along with a serious hole in their lives.

Ask a lot of people (JPW included), and they will tell you that the US has been getting its collective ass flambe’d on battlefields all over the world (despite the positively Herculean bravery of the typical Infantry Sergeant) because of this bureaucracy. In an episode of Game of Thrones, one character asked a swordmaster what to do with her new, shiney supersword. He kept it simple. “You stick them with the pointy end.” Back when US military commanders were like Patton, MacArthur, and Sherman, places like Dresden, Hiroshima, numerous tribal encampments and countless villages, towns and hamlets across the South got stuck with the pointy end. Like terrorism, it worked like hell. Might didn’t seem like it made right, but it damn sure made over. All their base were belong to us.

Sadly, we grew soft, squeamish and SWPL in how we went to war. Rules of engagement made you have to think. AK-47s were designed to spray lead first and leave nothing much but DNA samples if someone in charge asks questions later. This constantly put the officially, official US Army on the back foot in Vietnam, Iraq, and for the better part of two decades now, Afghanistan. Anyone reading their von Clausewitz in a Military Science Class would hold a very low opinion of any sort of litigation that voluntarily punted away our side’s initiative during a military conflict.

President Trump gets this and wants to cut Red Tape with a chainsaw. This is not a new military problem, and Western Nations have used a time-honored solution. They hire The Black Company. Glen Cook’s grim fantasy novels are grounded in historical precedent from The Hundred Years War.

There have always been soldiers motivated more by pay than by their cause. In the Hundred Years War, many of these men fought in freelance mercenary units such as the White Company, serving not their country but the side most willing to pay them. Their presence helped to turn soldiering into a paid profession in both Britain and France. The mercenary companies that played a part in the Hundred Years War had their origins in 13th century Italy. Many Italian city states lacked the armed forces to defend themselves but had plenty of money to pay others to do it, thanks to their position as key cities on European trade routes.

Nor would Donald Trump be the first US President ever to call in the Mercs. That dubious honor goes to Evil Amerikan Emperor Franklin Delano Roosevelt. His Flying Tigers were The Black Company on wings during WW II. Never say the Japanese attack on Pearl Harbor was completely unprovoked. Hell, FDR was putting Body-Bag Bounties on their air force pilots.

Officially known as the American Volunteer Group, the famed â€œFlying Tigersâ€ were a three-squadron force of fighter pilots who fought with the Chinese against the Japanese during World War II. The unit was first organized in early 1941 in the months just before the bombing of Pearl Harbor. Eager to impede the Japanese takeover of China while still remaining neutral, President Franklin D. Roosevelt allowed former U.S. military officer Claire Chennault to quietly recruit fighter jocks from the ranks of the U.S. Army Air Force. The risks were high, but so was the pay: while most Air Force pilots received a salary of around $260 a month, Chennaultâ€™s mercenaries earned between $600 and $750, along with a $500 bonus for each Japanese aircraft they shot down.

Thus, it is with concern and trepidation that I note President Trump contemplating the following policy moves in Afghanistan:

Under the proposal, 5,500 private contractors, primarily former Special Operations troops, would advise Afghan combat forces. The plan also includes a 90-plane private air force that would provide air support in the nearly 16-year-old war against Taliban insurgents, Erik Prince, founder of the Blackwater security firm, told USA TODAY. The unprecedented proposal comes as the U.S.-backed Afghan military faces a stalemate in the war and growing frustration by President Trump about the lack of progress in the war. The U.S. military has 8,400 U.S. troops there to train and guide local forces. They do not have a direct combat role, and presumably would be replaced gradually by the contractors.

So how does all of this get back to Emperor Didius? Imagine you are a Congresscum. Imagine you represent a district 300 miles away from the nearest DoD swag and you have 0.25M constituents yelling for gimmedats. At some point, the Congresscums start figuring out that paying Blackwater on a Fixed Fee with Body Bag Bonus Contract allows us to discretely eff with the world beyond Hadrian’s Wall. At another point, the Congresscums begin to wonder what exactly we purchase with expenditures on Ft. Bragg and Ft. Campbell.

What we buy with Campbell, Bragg and Benning is an American Praetorian Guard. The 82nd Airborne isn’t called The All-American Division for no reason. We have it swear an oath to defend and uphold our Constitution. That isn’t as good as fealty to an elected leadership. Our Constitutional Fetishism is a disease afflicting our Republic. Yet that still puts us in a better place than Italian City States having to outbid their opposition to keep The White Company manning the walls rather than demolishing them.

President Trump isn’t the first US leader to hire mercs, but he may well be the first to hire them as a tacit admission of failure. This is a subtle indictment of our commissioned armed forces that will increasingly not go unremarked upon by those who commission, pay and provision them. Outsource enough missions, and we will outsource the reasons for these military forces to exist. When they don’t exist, who then will control coercion? We may not have a big enough Second Amendment for the decent people left in Amerika to answer that one safely for their families and loved ones.