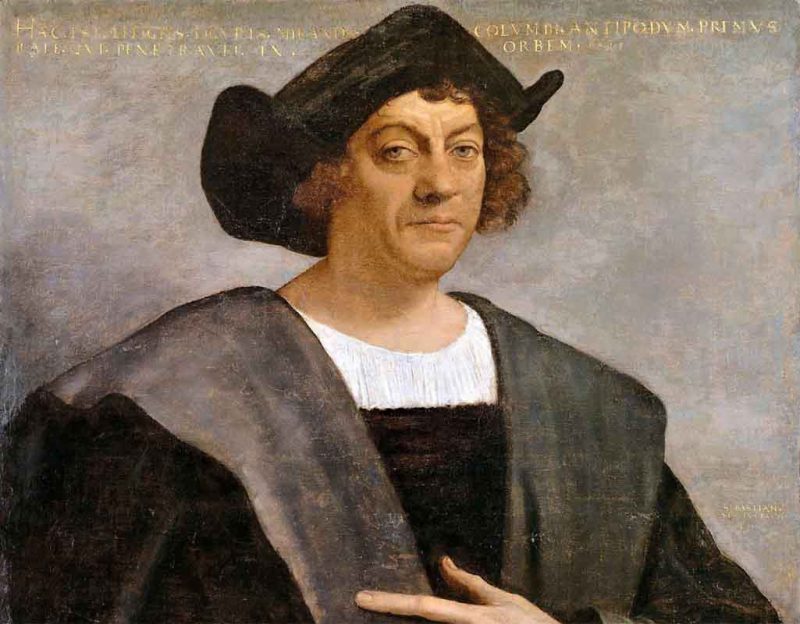 We know that our society cannot go on; whatever once was has been replaced, mainly because it endorsed the ideology of those who would replace it, and what exists now works for no one. Likely this is the last Columbus Day for America.

However, for now, we should celebrate the meaning of Columbus Day, which is to celebrate the urge to explore and discover new places, creating in them the same greatness that Western Civilization has created everywhere.

This provokes resentment, and we have “indigenous people’s day” as the Leftist replacement for Columbus Day threatening to force more worship of failure. Leftists love failure, because accepting failure as equivalent to success promotes their idea of “equality.”

You can see how diversity in America has forced the nation toward the Left by erasing our majority WASP culture and replacing it with the anti-culture of pluralism, which accepts failure and success as equals, since it makes reality optional so that all people can be validated, accepted, etc.

This Leftist leaning has produced mentally incoherent statements of guilt and control for Columbus Day:

Last summer’s protests shined a bright light on the full array of Chicago’s deeply-rooted and long-standing inequities. The time has come — it’s way overdue — to right these wrongs.

Addressing the city’s public art might seems like a small step compared to, say, police reform or the need for more equitable economic development across the city.

In reality, they are separate parts of the same problem. And all of them must be addressed if we are to build a fairer Chicago.

In their view, “fairness” means rewarding failure as well as success. They hate the fact that Western Civilization rose above the rest by suppressing human tendencies toward both individualism and groupthink — a disguised form of individualism in collective solipsism — and becoming more functional.

As I wrote to their editorial board:

To students of history such as yourselves, it must be very clear that diverse societies self-destruct and democracies expire after a little over two centuries.

Perhaps you should write for the future, instead of the past; North America belongs to the Nordic-Germanic ethnic Western Europeans who settled it, instead of the Mongolians who got left behind there after their societies collapsed and left a residue of unprincipled, illiterate, violent, and criminal savages.

Note that in Mongolia, their higher caste people created a great civilization that then collapsed and produced the Asiatic tyranny of the Golden Horde.

At some level, one is either in favor of civilization rise or civilization decay. Diversity, democracy, consumerism, and individualism are signs of decay.

The future belongs to those who rise.

I celebrate the notion that life should be a pleasure, meaning an experience of beauty and wonder, learning and growth, triumph and tragedy, wisdom and transcendence.

I reject the idea that just because someone is failing, the rest of us must check our rise. The Amerinds got replaced for a reason, namely that their keystone civilization (Cahokia) had failed centuries prior.

Columbus was not the first Westerner to come here; in the Amerinds remaining, we discovered some traces of Indo-European blood from ancient times. Our last venturers here were absorbed.

Likely, Europeans learned from their encounters with Muslim invaders during the Crusades and the Golden Horde during the Mongol Invasions, namely that if we encounter a foreign group, we must conquer it because it will try to do the same to us, no matter how “nice” we are.

Currently, diversity has conquered us, and we are trying to be “nice” and hoping for mercy. This will not work, and is unfortunate because it will boomerang into an equal and opposite reaction of brutality.

Those like myself who speak against diversity would avoid both of these reactions, and instead look toward the pragmatic, which is that diverse societies fail, but homogeneous ones have a chance to gain control of themselves, suppress human weakness, and rise.

If nothing else, we owe it to life to rise. Living is an amazing experience, and to honor that, we should do the best we can to make it a pleasurable and interesting journey.