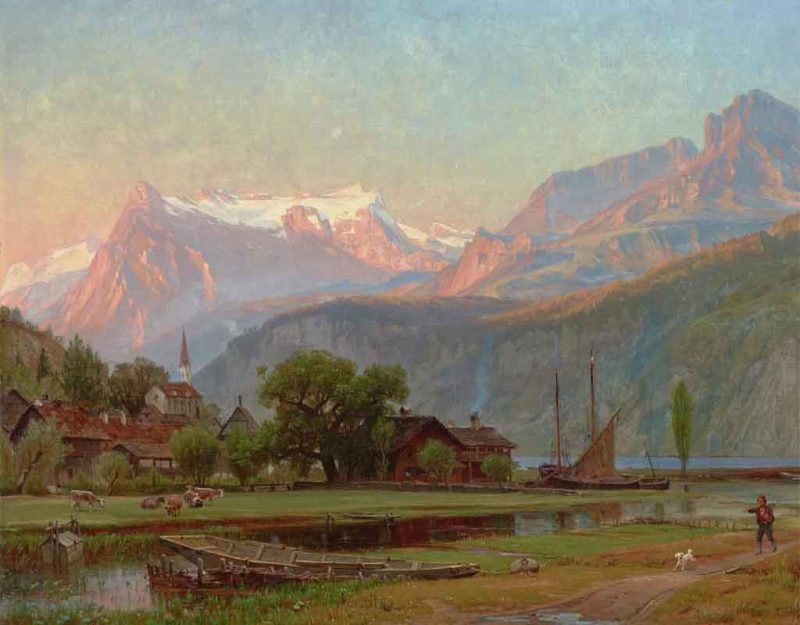 As the twenty-first century dawned, humanity began to recognize that it was having an irreversible and destructive effect on nature. In particular, as human domination reached every corner of Earth, we feared that we would eliminate nature.

More appropriately, we will convert nature into a series of parks and gardens, crushing ecosystems but leaving behind the plants and animals that we think we need. As the atmosphere grows thin and toxic, we will find a way to produce oxygen from seawater or algae.

However, those rich ecosystems that like intricate architectures supported all of their parts while achieving massive efficiency and resiliency? Those will go, simply because they require more space than we can afford to give them in a world eight, twelve, or twenty billion humans.

We will back into this decision, as we do most things, by simply expanding to the point where natural land exists only in relatively tiny tracts. At that point, all the interesting animals will die out, and we will conclude (rationally! logically!) that we might as well build condos there too.

Perhaps this will come to a positive end. The oxygen will deplete, and only the super-rich will be able to afford oxygen, so everyone else will die off and then a few thousand humans will repopulate the planet. This is unlikely, however.

More probable outcomes involve humanity diminishing nature to the point of it not dying out, but living on in a zombie form, while most humans die young of cancers after having big families, and only the rich live to age ninety in luxury gardens.

Perhaps some of these super-rich will do the sensible thing and enclose a few million acres of land behind huge walls with automated machine guns, preserving whatever nature they can. More likely, they will build private gardens and stock them with clone or mechanical wildlife.

The Left likes to blame carbon, but it is only one of many factors. Particulate pollution, nitrogenous gasses, radiation, light pollution, and noise pollution all work together to degrade and eliminate our natural environment.

As with any problem, to figure out how to avoid it, you look to the methods you were using before it started. You cannot go back to a previous time, but you can adopt the methods that worked in that time, even if in a hybrid with your present methods.

When people lived in small villages connected by trains and roads, instead of highways, and worked from the home, they tended to conserve the land around them and keep some form of balance with it. This required xenophobic, growth-averse nations oriented around strong culture and tradition.

In order to complete the modern quest of individualism — modernity is defined by individuals breaking free from traditional and nature orders — we had to throw all that out, however, and replace it with cities where humans are simply monetary units.

Luckily, some have finally begun to articulate a policy for salvaging the environment from the ravages of humanity, with the best of these called Half-Earth:

The crucial factor in the life and death of species is the amount of suitable habitat left to them. As defined by the theory of island biogeography, a change in area of a habitat results in a change in the sustainable number of species by approximately the fourth root. As reserves grow in size, the diversity of life surviving within them also grows. As reserves are reduced in area, the diversity within them declines to a mathematically predictable degree swiftly – often immediately and, for a large fraction, forever.

If, on the other hand, we protect half the global surface, the fraction of species protected will be 85%, or more. At one-half and above, life on Earth enters the safe zone.

This means leaving behind half of the land on our planet in its natural state. We remove any human buildings, fences, walls, roads, and plantings, and leave it to do its thing unmolested. This follows the European idea of the nature reserve, or a place where nature alone manages itself.

Nature preserves, an American idea, come close but with a crucial difference: they are parks that are mostly natural, managed by humans, for human enjoyment. A nature reserve, like the hunting reserves of aristocrats, is basically untouched by humans.

Stories such as Robin Hood glorified the seizure of animals from hunting reserves by the proletariat because these hunting reserves were rarely used. It seemed that the aristocrats hunted in them barely at all!

The proles missed the point, which was that the hunting reserves remained fully natural, with the aristocrats making a few token hunting expeditions as social events, but mostly simply leaving the natural land alone to manage itself and its populations.

To the aristocratic mind, it makes sense that a forest knows better than a human; after all, it is mightier, and aristocrats respect might. It needs no intervention from lesser forces. A forest is complete by itself, if large enough and left alone.

Aristocrats were not alone in noticing this. Conservatives, if honest, admit that they are the force which resists modernization (individualism, atomistic city dwelling, reduction of all to commerce and ideology) and preserves the old ways (the orders larger than the individual: nature, heritage, God/gods, and what is cynically called “common sense”).

Hans Klose later spoke of a “high time” for conservation between 1936 and 1939. While this interpretation is open to debate concerning the material gains, it clearly mirrored the general atmosphere of conservation work in Nazi Germany. It was a time of intensive, almost feverish activity, when nature reserves were designated by the dozen, conservationists forged cooperative agreements with a whole host of partners, and letters and decrees were sent out in unprecedented numbers—in short, a time of euphoria and hope. To give only a few figures, authorities in Württemberg in southern Germany created no fewer than 46 nature reserves with a total area of 32,111 acres between 1937 and 1943, and the neighboring region of Baden saw even 58 designations with 17,653 acres. The extent of the boom becomes clear when one compares these figures with those of the postwar years from 1945 to 1959, when only 25 additional nature reserves were created in the combined states of Baden and Württemberg, with a total of 3,152 acres—only six percent of the acreage placed under protection during the Nazi era. Never in German history have so many nature reserves been designated within such a brief period of time.

The general Right-wing approach to environmentalism follows this model: nature works fine without humans, so leave more nature alone, and it will thrive. We do not need to control and manage reality, as the Left encourages, only to work with it.

Since the Leftist plan is based around human individuals, it requires that nature be made into a method of convenience for individuals. That in turn means that nature cannot exist for its own sake. The Right, which focuses on larger orders like tradition and social structure, has no such illusion.

As it turns out, the National Socialists adopted a wide-ranging environmental policy based on the idea of conservation:

With Hess’s enthusiastic backing, the “green wing” was able to achieve its most notable successes. As early as March 1933, a wide array of environmentalist legislation was approved and implemented at national, regional and local levels. These measures, which included reforestation programs, bills protecting animal and plant species, and preservationist decrees blocking industrial development, undoubtedly “ranked among the most progressive in the world at that time.” Planning ordinances were designed for the protection of wildlife habitat and at the same time demanded respect for the sacred German forest. The Nazi state also created the first nature preserves in Europe.

Along with Darré’s efforts toward re-agrarianization and support for organic agriculture, as well as Todt and Seifert’s attempts to institutionalize an environmentally sensitive land use planning and industrial policy, the major accomplishment of the Nazi ecologists was the Reichsnaturschutzgesetz of 1935. This completely unprecedented “nature protection law” not only established guidelines for safeguarding flora, fauna, and “natural monuments” across the Reich; it also restricted commercial access to remaining tracts of wilderness. In addition, the comprehensive ordinance “required all national, state and local officials to consult with Naturschutz authorities in a timely manner before undertaking any measures that would produce fundamental alterations in the countryside.

This shows us how the Right ultimately wants a different type of society: a network of small towns in an agrarian model, in contrast to the city-based bureaucratic office job and industrial lifestyle that the Left desires.

That model, like the Right itself, aims at integralism, or working humans into a larger order of nature and the divine instead of having humans in themselves be a goal, as humanism and human rights argue we should.

Ironically, the world has come around closer to this view as it realizes the importance of forests:

The most effective way to fight global warming is to plant lots of trees, a study says. A trillion of them, maybe more.

The study calculated that over the decades, those new trees could suck up nearly 830 billion tons (750 billion metric tons) of heat-trapping carbon dioxide from the atmosphere. That’s about as much carbon pollution as humans have spewed in the past 25 years.

When humans are spread out and integrated with the land, there is no excess space for people who are unproductive. Everyone contributes, and each lives within a natural space, ensuring that there is no vast concentration of waste and industrial production that enables overpopulation.

Half-Earth may seem like a pipe dream at this point, but we keep coming back to the same realizations: in order to have nature, we must not emphasize humans as the ultimate goal in all that we do.