Guilt transfers from Crowd to individual 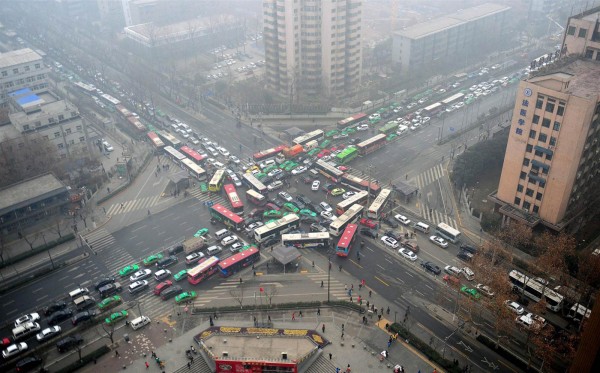 “There’s strength in numbers.” Among humans, the belief that membership in a group conveys lesser culpability finds great popularity from age to age. People like to believe that when the teacher leaves the room, and children revert to the ways of their simian ancestors, guilt attaches to no one.

Similarly when adults bind together into groups and commit some act, whether hanging a witch or voting themselves benefits from the public trust, they treasure their anonymity in the group. This enables people to watch the disastrous results of whatever they have done unfold and transfer the blame from themselves to the group. Invariably, someone else can take the blame: the plan was good, but executed poorly, they say; alternatively, the plan was ruined by the opposition. This allows people to choose a delusional idea, take no blame for it, and transfer blame of its failure to another.

No society allows individual members to do this for individual acts. If in clearing your field you create a fire that burns down half of the village, you will be held accountable. Something in us holds us back from the same kind of blame if a group decides that burning a field is necessary, and then this fire consumes the village. The group lends an atmosphere of legitimacy through universal consent, and besides, when enough people are involved, it becomes difficult to punish them all because they hold a numerical plurality. For example, a burned village may need them to rebuild.

I propose a different view for humanity: those who join any kind of Crowd, mob, herd, trend or party inherit the whole of the blame individually. Those who form the group from which someone pulled the trigger each get treated as if they individually fired the kill shot. With this mentality, people will think harder about what they do in groups since safety in numbers will not save them. That in turn will have them see what has been concealed for so long: the decision to join the mob is in itself a moral act from which all consequences are inherited by the individual.

Imagine the consequences for democracy. Those who vote for a party become accountable for fixing the mistakes it makes, instead of being able to blame the party, its opposition and “the voters” as a generalized bloc. Those who join in a group screaming for some entitlement or another get treated as if they alone caused the bad consequences of that action. The jeering mob around the guillotine are not seen as participants or supporters, but murderers each.

Until humanity adopts this (opposite) rule to its socially instinctive maxim of safety in numbers, most human actions will continue to be drive-by events. Voting requires a half-hour of time and can then be forgotten; public protest is a weekend activity for bored and purposeless people. These popular pursuits allow people to inject a momentary opinion to signal their intentions to others and then skip out on the consequences. With a change in our outlook, they would for the first time feel the fear of being wrong that any honest decision-maker does, and their trivial and often vandalistic participation would take on a new weight for them.

Popularity contests like democracy, consumerism and socializing itself create a moral proxy that shields the individual from the consequences of his actions. Where human society went wrong can be seen in that very fact: we have separated cause from effect with a layer of social sentiment and individual freedom. Predictably, our decision-making and leadership have faltered after that point because a Crowd appears, frenzies around whatever idea flatters it the most, and then forces it upon the rest, retreating long before the consequences are seen. Something to put on humanity’s tombstone, at least.

The currency of our time | Ferguson burns for our pretense