by Jonathan Peter Wilkinson on March 6, 2016 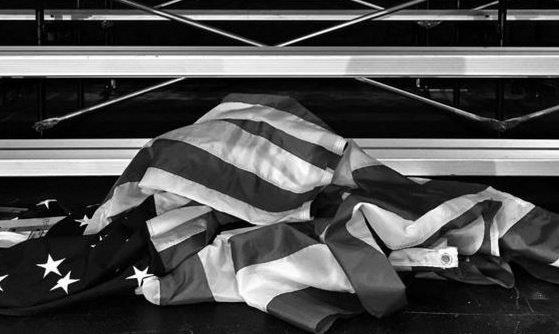 Do you want to know what a Post-modern Amerikan really believes? Figure out how he gets paid, and that will show you what he will defend. An awful lot of Republican power-brokers are not paid to be Conservatives. They are paid to raise money to oppose Democrats. So what would happen if Donald Trump won 64% of the popular vote in 2016? What if the GOP took over 65% of the Senate and about 60% of the House? What if President Trump could pick either Kanye West or Albert Speerâ€™s iniquitous poltergeist to fill the vacant Supreme Court Chair and stand a reasonable chance of getting him confirmed?

Well, for one thing, an awful lot for the professional GOP opposition would suffer a major employment recession. You donâ€™t need to send The Heritage Institute jack if your movement has control over the government. The current GOP is not configured to even deal with this event. So major GOP power-players care more about getting paid than they do about facing the great unknown of having to actually govern something. We see this with regards to what major supporters of Mitt Romney are doing with their money.

Perhaps most surprising, more Romney money has flowed into Democrat Hillary Clintonâ€™s coffers (more than $640,000 so far) than has been given to Republicans Rand Paul, Carly Fiorina or Chris Christie.

The money is quickly driving the establishmentarian blogosphere. You see, â€œConservativesâ€ have talked a whole lot of smack about what government they would cut, what corrupt set-asides they would toss into Boston Harbor in order to recruit the readership and support of The Tea Party.

Give a GOP President a GOP majority and the strong attention and backing of a GOP nation, and all of a sudden these Keyboard Cowboys and Bandwidth Banditos are getting told â€œYippee, Kai-Yeah M*&^%$#$%^&*(! Youâ€™ve posted, youâ€™ve blogged, and youâ€™ve sloganeered. Now produce or go fap.â€ And that, my fellow NRxers, is something the leadership of Conservative Incâ„¢ fears way more than Obama Nation.

So, as Donald Trump threatens to take over their bailiwick and turn it into a juggernaut; they have their excuses to defect over to Hillary all ducked out in a row. GOP Candidate Donald Trump, like GOP House Speaker Paul Ryan, has expressed a morally callous willingness to see Planned Parenthood continue to receive federal funding*. So leading Conservative Evangelical Erick Erickson has now laid out a philosophical plank that makes him for Hillary or for hypocrisy if it comes down to Hillary v. The Donald in Election 2016. Given Mr. Ericksonâ€™s (and much of the rest of the Evangelical Rightâ€™s) deafening silence on the Ryan Budget compromise that completely and totally funded Planned Parenthood to all of President Barack Obamaâ€™s exacting and sadistic, baby-killer specifications; this is a pretense to justify an establishmentarian backstabbing of the only candidate from whom the GOP required a public loyalty oath.

And I only belabor poor Erick because he sticks out in this drama as the tallest nail. National Review and Fox News had no problem greasing his skids. His fans and people who look to him for leadership as Conservatives are penning several rejoinders along the same lines. Hillary Rodham Clinton will enter her partyâ€™s convention with the obedient backing of at least 66% of the established Conservative Incâ„¢ blogosphere for hire.

Basic intelligence and judgment are no longer allowed to even enter into this equation. Never mind the fact that the Conservative Incâ„¢ now works its way towards endorsing a candidate who is in a nominating stoop-n-fetchit competition with an unabashed Birkenstock Bolshevik from The Peopleâ€™s Democracy of Burlington. They compete like coked-up harlots on a dirty boulevard to see who can offer a larger indigent population a bigger pile of free goodies that an increasingly bankrupt US economy can no longer afford to hand out like Snickers Bars. Itâ€™s a moral thingÂ©. Thatâ€™s way more important than managing the nationâ€™s finances in a manner that is, you know, conservative.

Yeah, itâ€™s a moral thingÂ©. Thatâ€™s probably what Saul of Tarsus told people when he held the cloaks so the mobs could limber up the old pitchinâ€™ arms and stone Saint Stephen. I would take offence to any comparison between The Donald and Saint Stephen. Thatâ€™s not the analogy Iâ€™m aiming at, so letâ€™s put that line of degenerate semantics from Conservative Incâ„¢ accusing me of that to bed before it can start. However, the analogy that holds is the one that accurately compares Conservative Incâ„¢ to Saul of Tarsus.

So unless you believe Jesus has either the time or inclination to strike blind the several hundred thousand Saul of Tarsus wannabees who intend to keep the Green-Toothed Conservative Base down on the plantation for Conservative Incâ„¢, then it becomes up to us; the Dissident Right. It is our unenviable task to destroy this GOP rump that would rather betray William Wallace than risk open combat against Old Longshanks. For any meaningful conservative rebellion to take place against Conservative Incâ„¢, it is down to us to arise. At least 33% of the GOP consists of SJWs who, like Sarumanâ€™s Uruk-hai, are one step removed from their true idol in The Dark Tower of Barad-dur. These, we must defeat first. Then we can turn our hostile fire on the entrenched Gramscians who hold our noble and sacred institutions hostage.

*-â€¦And that right there will have me pulling the lever for Sen Cruz in Alabama on March 1st.
**-Particularly those Jacksonians in their own political ranks.

The term “hate group” is a hateful, bigoted slur | Morons are the master race