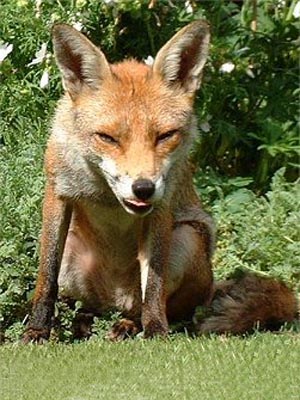 Yes: Goodwill.
That’s what it takes.

Defined by Merriam-Webster (in this context) as:
A kindly feeling of approval and support : benevolent interest or concern.

Defined by Your Dictionary (in this context) as:
A friendly or kindly attitude; benevolence.

Defined by a crow (in this context) as:
Being prepared to give the benefit of the doubt, to accept in good faith, to offer up good intent.

For those who have forgotten, that Goodwill, one of the defining tenets of western civilization, and the Christian faith that this civilization was built upon, is more than just an optional mode of conduct: that Goodwill is a survival skill, obsolesced at civilization’s peril.

I live on an island. One of a dozen or so, that comprise British Columbia’s Gulf Islands.

In the view of many who know of these islands, while not physically inhabiting them, they are places that attract a certain type of person. These certain types of persons are usually described as Extreme Left Wingers. This, observably, is not true of all the inhabitants of the Gulf Islands.
But it is observably true of a good many.

I will not get into claiming that this is a good, or a bad thing. What I will say, is that I am not one of them. Neither am I an extreme right winger. Or indeed an extreme anything.
Unless – of course – there exists such a thing as an extreme centrist.
If there is, then that probably is what I best represent, in the gracious company of my wife.
What I witness, again and again, where I live, is an almost complete lack of Goodwill.

I am – by nature – an optimist. No matter how many times things go wrong, people turn on me, misunderstand and react to me, I go right on expecting that the next time will be better.
But it seldom is.

And why is this? What is happening, that I am so often unable to hold even a rudimentary conversation with these people, without it turning unpleasant?
I have done a lot of research into this.
I conclude, it has everything to do with a lack of Goodwill.

For it is Goodwill that is the basic prerequisite of communication. The necessary ingredient to cooperation, which itself is the basic building block, and hallmark of civilization.
Thereâ€™s not a lot of it about. Yet without it, what do we get? Passive-aggressive attacks, opinions and dogma, masquerading as dialogue. What we donâ€™t get is progress: negotiation, discussion, compromise and provisional agreement. All we get is debate, or the desire to win, at any cost.
And worse.

It might be a good idea to ponder, possibly for the first time, the nature of communication, and (re)discover what is necessary to realize it.
Message, Recipient, Receipt. All made possible by Goodwill.